“We Have Arrows in Our Quiver”: Pelosi Doesn’t Rule Out Impeachment Over Supreme Court Pick

Stephanopoulos: “Some have mentioned the possibility if they try to push through a nominee in a lame-duck session that the House could move to impeach President Trump or Attorney General Barr as a way of stalling or preventing the Senate from acting on this nomination.”

Pelosi: “Well, we have our options. We have arrows in our quiver that I’m not about to discuss right now.”

Pelosi doesn’t count out Impeaching President Trump for using a power that is granted to him by the U.S. Constitution. pic.twitter.com/njvXzlPF08 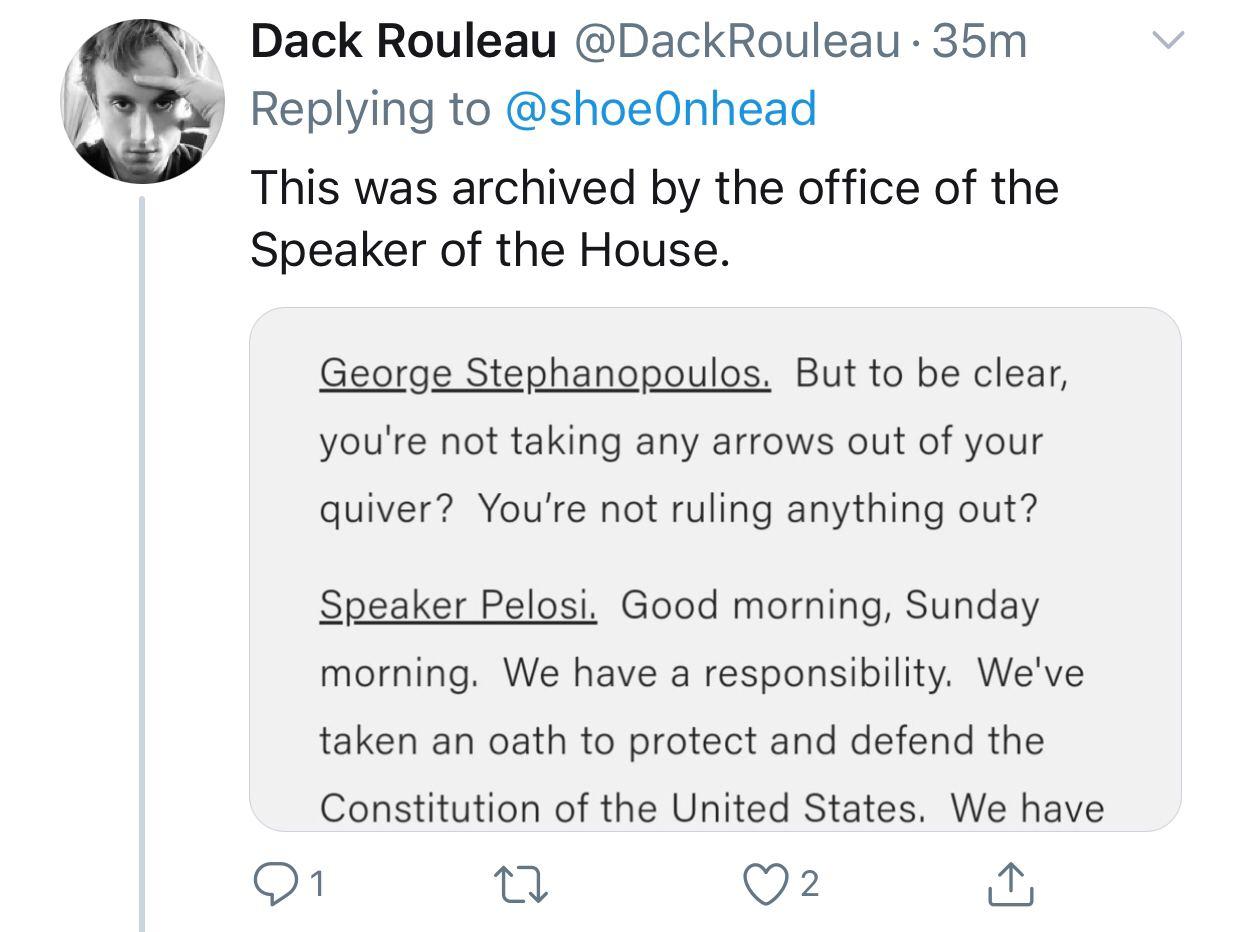 Meanwhile, packing the court is another ‘arrow in the quiver’ – simply adding more Justices if and when Biden is elected. Notably, Biden came out against court packing during a July 2019 primary debate, saying “I’m not prepared to go on and try to pack the court, because we’ll live to rue that day.”

The Democrats’ fervent opposition to Trump filling the vacancy is more than a bit awkward considering the number of Democrats who in 2016 advocated for Obama to pick a nominee – including Joe Biden.

President Trump on Saturday said he expects to announce his nominee to replace Ginsburg this week, and he intends to pick a woman for the role.

“It will be a woman — a very talented, very brilliant woman,” Trump told attendees at a North Carolina rally. “We haven’t chosen yet, but we have numerous women on the list.”

Senate Majority Leader Mitch McConnell (R-KY) has been joined by a growing number of Republicans – aside from Sens. Susan Collins (R-ME) and Lisa Murkowski (R-AK) – who say they will support Trump’s nominee rather than waiting until after the election.

At present, Justice Amy Coney Barrett has emerged as a likely frontrunner to fill Ginsburg’s seat.