WHO To Resume Hydroxychloroquine Trials After Lancet Cautions Over Dodgy Study

The World Health Organization announced on Wednesday that it would resume trials involving hydroxychloroquine after The Lancet issued a major disclaimer over a study which prompted the WHO to halt ongoing trials, according to AFP.

“As you know, last week the Executive Group of the Solidarity Trial decided to implement a temporary pause of the hydroxychloroquine arm of the trial, because of concerns raised about the safety of the drug,” said WHO Director General Dr Tedros Adhanom Ghebreyesus. “This decision was taken as a precaution while the safety data were reviewed. The Data Safety and Monitoring Committee of the Solidarity Trial has been reviewing the data,” he continued.

“On the basis of the available mortality data, the members of the committee recommended that there are no reasons to modify the trial protocol.”

"On the basis of the available mortality data, the members of the committee recommended that there are no reasons to modify the trial protocol"-@DrTedros #COVID19

That said, he followed the news with the not-so rosy announcement that there is “no evidence that any drug is reducing mortality of patients that have COVID-19.”

The Lancet has issued a major disclaimer regarding a study which prompted the World Health Organization to halt global trials of hydroxychloroquine (HCQ), an anti-Malaria drug currently being used around the world to treat COVID-19.

As we noted last week, major data discrepancies have called the entire study into question – though the lead author says it does not change the study’s findings that patients who received HCQ died at higher rates and experienced more cardiac complications than without.

Until the data has been audited, The Lancet issued the following “expression of concern” regarding the study.

“Important scientific questions have been raised about data reported in the paper by Mandeep Mehra et al,” reads the “expression of concern” from The Lancet.

“Although an independent audit of the provenance and validity of the data has been commissioned by the authors not affiliated with Surgisphere and is ongoing, with results expected very shortly, we are issuing an Expression of Concern to alert readers to the fact that serious scientific questions have been brought to our attention. We will update this notice as soon as we have further information.”

Of course, this is yet more evidence of the manufactured disinformation surrounding HCQ that Richard Moss, MD, (via AmericanThinker.com)  exposes below…

I took hydroxychloroquine for two years.  A long time ago as a visiting cancer surgeon in Asia, in Thailand, Nepal, India, and Bangladesh.  From 1987 to 1990.  Malaria is rife there.  I took it for prophylaxis, 400 milligrams once a week for two years.  Never had any trouble.  It was inexpensive and effective.

I started it two weeks before and was supposed to continue it through my stay and four weeks after returning.  But I stopped it after two years.  I was worried about potential side effects of which there are many, as with all drugs right down to Tylenol and aspirin.  These, however, are rare.  At a certain point, I was prepared to take my chances with mosquitoes and plasmodium, and so I stopped.

Chloroquine, the precursor of HCQ, was invented by Bayer in 1934.  Hydroxychloroquine was developed during World War II as a safer, synthetic alternative and approved for medical use in the U.S. in 1955.

The World Health Organization considers it an essential medicine, among the safest and most effective medicines, a staple of any healthcare system.  In 2017, US doctors prescribed it 5 million times, the 128th most commonly prescribed drug in the country.  There have been hundreds of millions of prescriptions worldwide since its inception.  It is one of the cheapest and best drugs in the world and has saved millions of lives.  Doctors also prescribe it for Lupus and Rheumatoid arthritis patients who may consume it for their lifetimes with few or no ill effects.

Then something happened to this wonder drug. 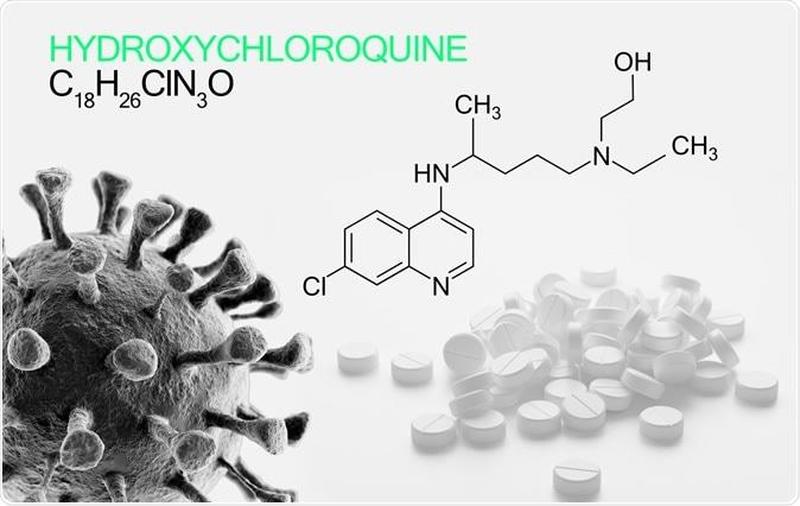 From savior of the multitudes, redeemer and benefactor of hundreds of millions, it transformed into something else: a purveyor of doom, despair, and unspeakable carnage.

It began when President Trump discussed it as a possible treatment for COVID-19 on March 19, 2020.  The gates of hell burst forth on May 18 when Trump casually announced that he was taking it, prescribed by his physician.

Attacks on Trump and this otherwise harmless little molecule poured in.  The heretofore respected, commonly used, and highly effective medicinal became a major threat to life, a nefarious and wicked chemical that could alter critical heart rhythms, resulting in sudden cataclysmic death for unsuspecting innocents.  Trump, more than irresponsible, was evil incarnate for daring to even mention it.  While at it, the salivating media trotted out the canard about Trump’s nonrecommendation for injecting Clorox and Lysol or drinking fish-tank cleaner to combat COVID.  It was Charlottesville all over again.

Before a nation of non-cardiologists, the media agonized over, of all things, the prolongation of the now infamous “QT interval,” and the risk of sudden cardiac death.  The FDA and NIH piled on, piously demanding randomized, controlled, double-blind studies before physicians prescribed HCQ.  No one mentioned that the risk of cardiac arrest was far higher from watching the Superbowl. Nor did the media declare that HCQ and chloroquine have been used throughout the world for half a century, making them among the most widely prescribed drugs in history with not a single reported case of “arrhythmic death” according to the sainted WHO and the American College of Cardiology.  Or that physicians in the field, on the frontlines, so to speak, based on empirical evidence, have found benefit in treating patients with a variety of agents including HCQ, Zinc, Azithromycin, Quercetin, Elderberry supplements, Vitamins D and C with few if any complications.  Or that while such regimens may not cure, they may help and carry little or no risk.

And so, the world was aflame once again with a nonstory driven by the COVID media.  The HCQ divide within the nation is only a continuation of innumerable divides that have surfaced since the pandemic began — and before.  One will know the politics of an individual based on his position on any number of pandemic issues: lockdowns, sheltering in place, face masks, social distancing, “elective surgery,” and “essential businesses.”  The closing of schools and colleges.  Blue states and Red states.  Governor Cuomo or Governor DeSantis.  Nationwide injunctions or federalism.  The WHO and Red China.  Or, pre-pandemic, Brexit, open borders, DACA, and amnesty.  CBD oil, turmeric, and legalizing marijuana.  Russia Collusion, Trump’s taxes, the 25th amendment, Stormy Daniels, the Ukraine non-scandal, and impeachment. Or Obamagate. And now HCQ.

HCQ is only another bellwether.  It represents the latest nonevent in a long string of fabricated media nonscandals.  If a nation can be divided over HCQ it can be divided over anything.  It shows neatly, as many of the other non-issues did, whether one embraces the U.S., our history, culture, and constitutional system, or rejects it.  Whether one believes in Americanism or despises it.  It is part of the ongoing civil war, thus far cold, but who knows?  The passions today are no less jarring than they were in 1860.  One would have thought that a man taking a medicine prescribed by his physician, even a President, would be a private matter.  But no.  Not today.

We swim in an ocean of manufactured disinformation created by a radical COVID media, our fifth column.  They inflame the nation one way or another based on political whims.  The propaganda arm of the Left, they seek victory at all costs including dismantling the economy, culture, and our governing system.  Is there a curative for the COVID media and their Democrat allies who would destroy a nation to destroy Trump?  He is all that stands between us and them.  Is there an antiviral for this, the communist virus that has infected the nation, metastasized throughout its corpus, and now threatens the republic?

Dr. Moss is a practicing Ear Nose and Throat Surgeon, author, and columnist, residing in Jasper, IN.  He has written A Surgeon’s Odyssey and Matilda’s Triumph available on amazon.com.  Find more of his essays at richardmossmd.com.