“Who Wants to Be a Guinea Pig?”: Health Workers Balk at Vaccine; 40% of Chicago Hospital Staff Refuse Shot

As tens of thousands of doses of the new Pfizer COVID-19 vaccine make their way across the country, some health workers – first on the list to receive the two-stage jab – are leery of the emerging treatment which mainstream pundits warned would take a ‘miracle‘ to produce before the end of the year.

And while public concerns over the vaccine have eased compared to polling conducted before the November election, a not-insignificant number of health workers are unwilling to take the shot. Perhaps they’re concerned about taking the fastest vaccine developed in Western history, developed to treat a mysterious new virus which primarily kills the elderly (though can have lasting effects on people of all ages save for children). 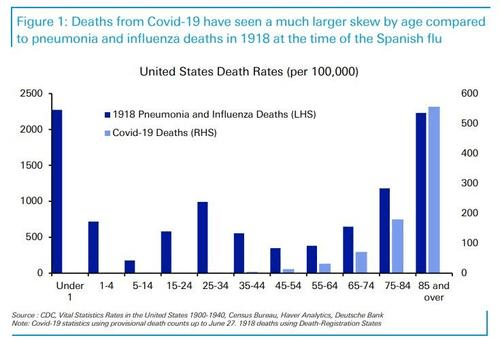 As Bloomberg notes, the initial vaccines have few serious side effects (aside from a handful of serious allergic reactions), though nobody knows what long-term effects it has, if any. For example, nobody can possibly know what it does to a gestating fetus for nine months, or whether it affects fertility – yet, the American College of Obstetricians and Gynecologists recommend that pregnant women take the vaccine.

At one Chicago hospital where the city’s first COVID-19 vaccine was administered on Tuesday, 40% of the staff said in a survey earlier this month that they would not take it.

Sherrie Burch, 56, a ward clerk at Loretto, is baffled by how quickly the Covid-19 vaccine was developed, given how long medical developments typically take. And that makes her nervous. “It just happened too fast for me,” Burch said, adding that her children, grandchildren and 76-year-old mother aren’t planning to get it either. “It’s the fear of the unknown.”

Burch wants more details about the vaccine’s research and longer-term side effects. She plans to wait at least a couple of months to see how co-workers respond to the shot. Until then, she’ll keep masking, distancing and hand washing.

Some nurses, respiratory therapists and technicians at Loretto also are opting out, said Nikhila Juvvadi, the hospital’s chief clinical officer who was the first person to administer the vaccine in Chicago. At a staff town-hall meeting on Wednesday, she explained the science of how the mRNA Covid-19 vaccine works. –Bloomberg

In Maine, 40% of staff and 30% of residents at the state’s larger nursing homes won’t take the jab, according to an “informal discussion” conducted by the Maine Health Care Association.

“Without official polling, it’s hard to know how accurate a picture this paints, and we fully expect these percentages to increase with greater education and awareness,” said the organization’s director of communications, Nadine Grosso. “Ultimately, we know that vaccination is key to safely reopening our long term care facilities.”

And if these are all the people who will admit to refusing the vaccine, how many lied and said they will?

EMTs are also at the front of the line for the vaccine, yet approximately 30% of those who travel with New York firefighters are resistant to getting it, according to Annthony Almojera, a lieutenant paramedic who’s vice president of FDNY’s EMS Officers Union Local 3631.

“Who wants to be a guinea pig?” Almojera says is the biggest concern, with many citing the speed of the vaccine as a major hurdle.  He says he tries to calm fears by telling them “It’s been worked on 24 hours a day for six or seven months with almost unlimited resources.”

Still, some remain unpersuaded. Jonathan Damato, 41, a New York City paramedic for 21 years, is not an anti-vaxxer. He gets an annual flu shot, and he trusts the life-saving potential of vaccines against measles, mumps, polio. His station does about 50 or 60 Covid ambulance runs a week — people presenting high fevers and shortness of breath.

“I know the virus is real,” said Damato, who has a 4-year-old son with health issues. But “until I see that it’s actually safe for myself or my kids to take, I’m not going to take it.” –Bloomberg

In short, nobody wants to be a guinea pig.