Wuhan Lab Workers Were “So Sick They Sought Hospitalization” in Nov. 2019, According to U.S. Intelligence

Three researchers at the Wuhan Institute of Virology were so sick in November of 2019 that they sought hospitalization, according to the Wall Street Journal, citing a previously undisclosed US intelligence report “that could add weight to growing calls for a fuller probe of whether the COVID-19 virus may have escaped from the laboratory.”

The details of the reporting go beyond a State Department fact sheet, issued during the final days of the Trump administration, which said that several researchers at the lab, a center for the study of coronaviruses and other pathogens, became sick in autumn 2019 “with symptoms consistent with both Covid-19 and common seasonal illness.”

The disclosure of the number of researchers, the timing of their illnesses and their hospital visits come on the eve of a meeting of the World Health Organization’s decision-making body, which is expected to discuss the next phase of an investigation into Covid-19’s origins. -WSJ

“The information that we had coming from the various sources was of exquisite quality. It was very precise. What it didn’t tell you was exactly why they got sick,” one source told the Journal, while another person said the information, provided by an “international partner,” was potentially significant but still in need of further investigation and corroboration.

The Wuhan lab has notably refused to share raw data, safety logs and lab records of its extensive experiments with bat coronaviruses, which a US-funded NGO, EcoHealth Alliance, collaborated with.

Beijing, meanwhile, has repeatedly denied that COVID-19 escaped from one of its labs – going as far on Sunday as to cite a WHO-led team’s conclusion that a lab leak was unlikely. A WHO team, mind you, which included EcoHealth’s Peter Daszak, the guy paid $666,000 per year by Anthony Fauci’s NIH to collaborate with the WUhan lab.

“The U.S. continues to hype the lab leak theory,” China’s foreign ministry told the Journal in response to a request for comment. “Is it actually concerned about tracing the source or trying to divert attention?” 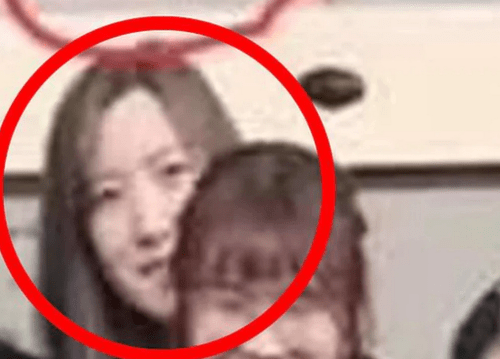 Huang Yanling, who worked at the Wuhan Institute of Virology, was one of scores of doctors, scientists, activists and journalists who disappeared during the Chinese Communist Party’s suspected cover-up.

During the early weeks of the outbreak last February, rumours swirled on Chinese social media that the graduate student was “patient zero”, creating a direct link between the controversial lab and the virus outbreak.

Chinese officials quickly stepped in to censor the reports from the internet.

The Wuhan Institute of Virology denied she was patient zero and insisted, without evidence, that she was alive and well elsewhere in the country – while scrubbing her biography and image from its website. -NZ Herald

The Biden administration, meanwhile, has gone from scoffing at the lab-leak hypothesis to a more neutral ‘wait-and-see’ stance.

“We continue to have serious questions about the earliest days of the Covid-19 pandemic, including its origins within the People’s Republic of China,” said a spokeswoman for the National Security Council. “We’re not going to make pronouncements that prejudge an ongoing WHO study into the source of SARS-CoV-2,” she added.

The Journal, playing devil’s advocate, notes that “It isn’t unusual for people in China to go straight to the hospital when they fall sick, either because they get better care there or lack access to a general practitioner,” and that COVID-19 shares a multitude of symptoms with the flu despite being very different illnesses.

“Still, it could be significant if members of the same team working with coronaviruses went to hospital with similar symptoms shortly before the pandemic was first identified,” the report continues.

That said, former US State Department official David Asher, who led a task force on the origins of COVID-19, told a Hudson Institute seminar in March that he doubted the lab workers were infected with an ordinary flu.

“I’m very doubtful that three people in highly protected circumstances in a level three laboratory working on coronaviruses would all get sick with influenza that put them in the hospital or in severe conditions all in the same week, and it didn’t have anything to do with the coronavirus,” he said, adding that the researchers who fell ill may represent “the first known cluster” of COVID-19 cases.

Long characterized by skeptics as a conspiracy theory, the hypothesis that the pandemic could have begun with a lab accident has attracted more interest from scientists who have complained about the lack of transparency by Chinese authorities or conclusive proof for the alternate hypothesis: that the virus was contracted by humans from a bat or other infected animal outside a lab.

Many proponents of the lab hypothesis say that a virus that was carried by an infected bat might have been brought to the lab so that researchers could work on potential vaccines—only to escape.

While the lab hypothesis is being taken more seriously, including by Biden administration officials, the debate is still colored by political tensions, including over how much evidence is needed to sustain the hypothesis. -WSJ

That’s a nice way of saying the CCP and the anti-Trump establishment politicized the most logical theory and wasted nearly 18 months covering for Beijing.

LOL. Trump was talking about the Wuhan lab over a year ago.

During the last week of the Trump administration, the State Department issued a fact sheet which drew on classified intelligence stating that the “U.S. government has reason to believe that several researchers inside the WIV became sick in autumn 2019, before the first identified case of the outbreak, with symptoms consistent with both Covid-19 and seasonal illnesses.”

The Jan. 15 fact sheet added that this “raises questions about the credibility” of Wuhan bat researcher Shi Zhengli, and criticized Beijing for its “deceit and disinformation.”

And now the United States, along with the European Union and several other governments, have called for a more transparent investigation into the origins of COVID-19.

This is the moment when the mainstream media stands beneath your apartment building in front of everyone, drunk out of its mind to tell you it sees the light, after it called you a racist and crank for not believing its own absurd propaganda.

Enjoy it. The stupor will wear off.. https://t.co/8Y9E6segrL