16 US Soldiers Flown to Kuwait Hospital After Iran Strike 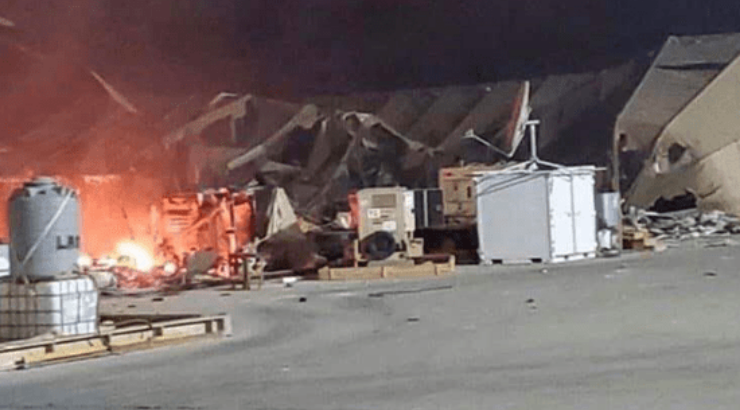 A leading Arabic-language newspaper in Kuwait reported yesterday that 16 US servicemen were transferred to a US military hospital in Kuwait following Iran’s retaliatory missile attack against the Ain Al-Assad Air Base in Iraq earlier this month. Some of the casualties were suffering from severe burns and others had shrapnel wounds. The Iranian air strikes targeted two sites in response to the US assassination of top Iranian General Qassem Soleimani in Baghdad on 3 January.

Al-Qabas quoted informed sources saying that the troops had been flown into a hospital at Camp Arjifan in Ahmed Al-Jaber Air Base under tight security. The source added that the injured soldiers have undergone surgery and are being kept in the ICU at the hospital.

According to the daily newspaper, several other US troops who received minor injuries in the Iranian responses are being treated in Iraq.

Last week the Pentagon revealed that at least 11 US personnel were injured in the same incident and had been flown to medical facilities, suggesting that they were undergoing precautionary screening for concussion. Eight had apparently been taken to Germany whilst three had been flown to Camp Arjifan. It is not clear if these include the 16 reported yesterday.

The statement by US Central Command contradicted US President Donald Trump, who announced on Twitter a day after the attack that, “No Americans were harmed in last night’s attack by the Iranian regime. We suffered no casualties.”

Iranian officials have maintained that the US lost at least 80 soldiers with up to 200 wounded in the attack. At least a dozen ballistic missiles were fired at Al-Assad base and a base in Erbil.

A senior commander of the Islamic Revolutionary Guard Corps (IRGC), Brigadier General Ali Hajizadeh, told a press conference that although Iran had not directly sought to kill American soldiers, “tens of US troops have likely been killed and wounded and were transferred to Israel and Jordan on 9 sorties of C-130 flights.” He added that had Iran intended to kill the American troops, it could have planned high casualty operations to kill 500 US soldiers in the first phase with 4,000 to 5,000 others in the second and third phases.

Iran’s Supreme Leader Ayatollah Ali Khamenei described the military operation as “a slap in the face” of the US. A senior IRGC commander has vowed that a “harsher revenge” will come soon.

Republished from MiddleEastMonitor.com under Creative Commons