Millions of Americans are without power Wednesday morning as winter storms and freezing temperatures batter the country. At least 20 people are dead due to weather-related incidents. As for Texas, the state with the most power outages, millions are still without power heading into the fourth day.

Bloomberg makes an interesting inquiry into the blackout’s actual size across Texas in recent days. Considering utility companies count outages by “customers” and not actual people – the real number could be north of 15 million people who have been plunged into darkness amid frigid temperatures.

Texas power grid operator ERCOT, which manages 90% of the state’s electric load, serving more than 26 million customers, was forced to cut power to millions of customers as Arctic air spilled into the state, freezing wellheads that impeded the flow of natgas to power stations, triggering electric shortages as demand overwhelmed the grid.

The high concentration of natgas generation on ERCOT’s grid makes it vulnerable to power disruptions if fuel flow is disrupted. 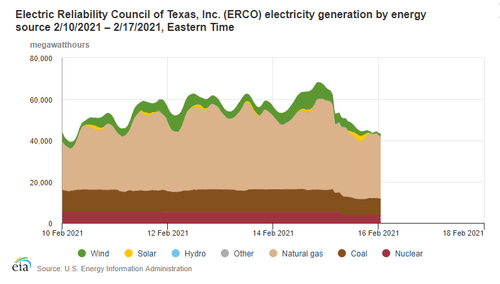 What’s worse is that ERCOT is a separate grid than the rest of the country. This means ERCOT had limited abilities to pull power from other grids which was the resulting factor of why blackouts occurred. 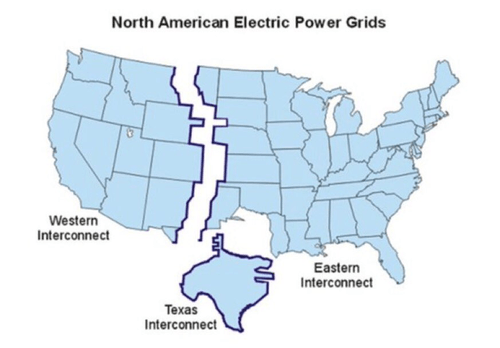 The highest amount of power outages in the Lone Star state occurred on Tuesday when PowerOutage.us recorded 4.423 million customers were without power. Bloomberg makes the point that since a customer is not factored into the number of people in a household, the number of people left in the dark could be “at least 15 million people.”

Data compiled by Bloomberg shows more than 26,000 megawatts of load have been wiped off the grid since Sunday. ERCOT warned customers over the weekend that rolling blackouts were needed to prevent a grid-wide collapse. For some context, a megawatt powers roughly 200 average homes in Texas. 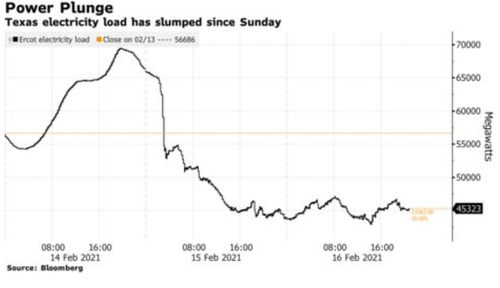 The blackout’s real size remains a mystery, but it’s undoubtedly one of the largest forced ones in the country’s history. In the last several days, Texas has been transformed into a third-world country, with rolling blacks, controlled power outages, cellular networks down, water treatment facilities offline, and millions of people freezing in their homes while the state’s economy grinds to a halt.

PowerOutage.us shows 2.965 million customers are still without power in the state on Wednesday morning. With millions of Americans in other states battered by winter weather and also suffering power outages, at least 75% of the Lower 48 states are covered by Snow. This week, at least 20 people have died from the wicked weather across the country. 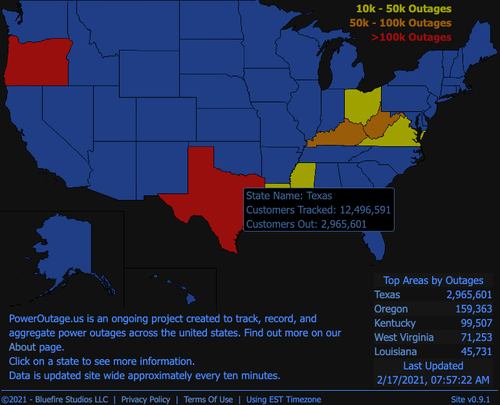 The mystery remains – how many total people were thrown into darkness (and remain there) by ERCOT’s failures to weatherize its grid against a cold blast.