200 ‘Fake News’ Sites Get The Ban-Hammer From Google Adsense 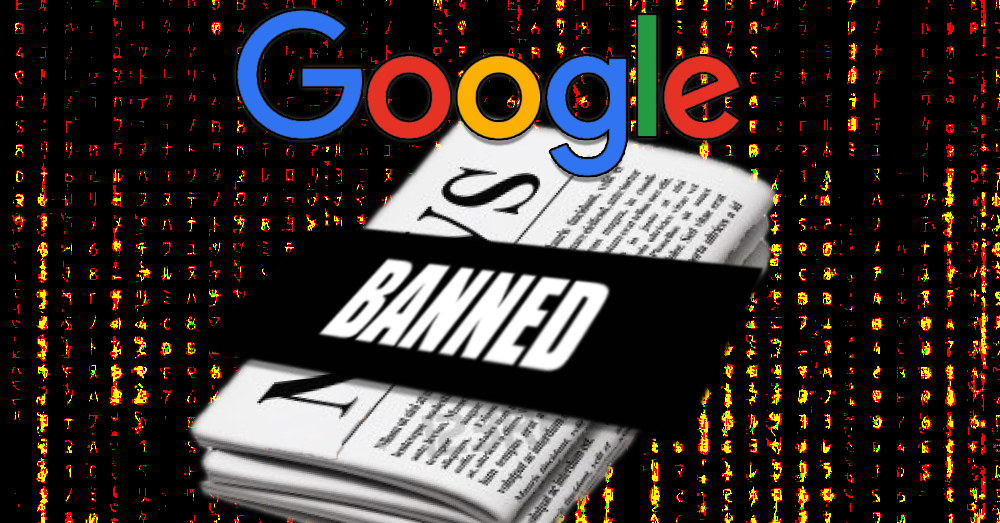 (Zerohedge) The crackdown has begun. In a blog post by Scott Spencer, director of product management for sustainable ads, posted on Wednesday, Google said it has banned 200 publishers from accessing its Adsense advertising service for posting fake news stories. Google said it had cracked down on sites which contained 1) Ads for illegal products; 2) Misleading ads; 3) Bad ads on mobile; 4) Ads trying to game the system and, 5) Promoting and profiting from bad sites. But the emphasis was on the so-called “fake news” category which has dominated media buzz for the past two months.

This is how Spencer explained his action:

In 2016, we saw the rise of tabloid cloakers, a new type of scammer that tries to game our system by pretending to be news. Cloakers often take advantage of timely topics—a government election, a trending news story or a popular celebrity—and their ads can look like headlines on a news website. But when people click on that story about Ellen DeGeneres and aliens, they go to a site selling weight-loss products, not a news story.

We’ve had long-standing policies prohibiting AdSense publishers from running ads on sites that help people deceive others, like a site where you buy fake diplomas or plagiarized term papers. In November, we expanded on these policies, introducing a new AdSense misrepresentative content policy, that helps us to take action against website owners misrepresenting who they are and that deceive people with their content.

Google has faced criticism over its handling of fake news stories, including allowing a fake news website to rise to the top of its results displaying an incorrect story claiming that President Trump had won the popular vote.

In his post explaining how Google attempted to crack down on “bad ads, sites and scammers,” Spencer explained that Google had expanded its policies against misleading websites in November, leading to the crackdown.

From November to December 2016, we reviewed 550 sites that were suspected of misrepresenting content to users, including impersonating news organizations.  We took action against 340 of them for violating our policies, both misrepresentation and other offenses, and nearly 200 publishers were kicked out of our network permanently.

In total, Google took down 1.7 billion ads that they found in violation of their policies in 2016, more than double the 780 million they removed in 2015.

Some of the more conventional bans were the result of Google adding a policy mid-year prohibiting ads for payday loans, considered predatory. Roughly five million payday loan ads were disabled over the latter six months of 2016. Also among those the removed ads were what Google calls “tabloid cloakers.” These advertisers run what look like links to news headlines, but when the user clicks, an ad for a product such as a weight loss supplement pops up. Google suspended 1,300 accounts engaged in tabloid cloaking in 2016.

In addition to all the above, we support industry efforts like the Coalition for Better Ads to protect people from bad experiences across the web. While we took down more bad ads in 2016 than ever before, the battle doesn’t end here. As we invest in better detection, the scammers invest in more elaborate attempts to trick our systems. Continuing to find and fight them is essential to protecting people online and ensuring you get the very best from the open web.

Google has not disclosed the list of 200 sites it had permanently banned.