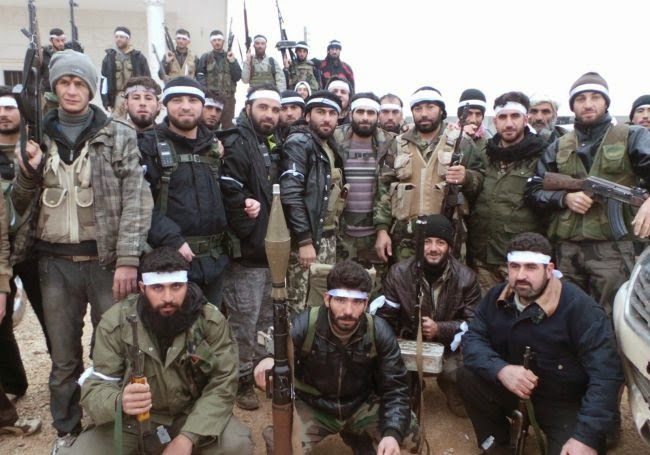 Reported along the peripheries of the Western media, it was reported recently that some 3,000 so-called “moderate rebels” of the “Free Syrian Army” had defected to the “Islamic State” (ISIS).  While not the first time so-called “moderates” have crossed over openly to Al Qaeda or ISIS, it is one of the largest crossovers that has occurred.

With them, these 3,000 fighters will bring weapons, cash, equipment, and training provided to them by Saudi Arabia, Qatar, the United States, the UK, and perhaps most ironic of all in the wake of the recent terror attack in Paris, France. Indeed, ISIS and Al Qaeda’s ranks continue to swell amid this insidious network of “terror laundering” that is only set to grow.

It was an open conspiracy exposed by Pulitzer Prize-winning journalist Seymour Hersh in his 2007 article,  “The Redirection: Is the Administration’s new policy benefiting our enemies in the war on terrorism?“, that the US and its regional allies sought to use Al Qaeda and other extremist groups to wage a proxy war on Iran, Syria, and Hezbollah in Lebanon. This conspiracy has clearly manifested itself today in the form of ISIS. Despite a feigned military campaign waged against ISIS, targeting primarily Syria’s oil infrastructure, the true source of ISIS’ strength, emanating  from NATO territory in Turkey, remains unscathed and uninterrupted. Additionally, torrents of cash, weapons, and supplies are working their way across ISIS’ rank and file through the migration of so-called “moderates” under their banner.

Before this brigade-sized defection, several other “vetted moderate rebel” groups, armed by the US in particular, have openly pledged allegiance to Al Qaeda. The most notorious incident was when terror group Harakat Hazm, provided antitank TOW missiles by the US, openly pledged allegiance to Al Qaeda’s Syrian franchise, US State Department-listed foreign terrorist organization Al Nusra. Al Nusra would assume possession of the TOW missiles, using them allegedly in a successful campaign in Syria’s Idlib province.