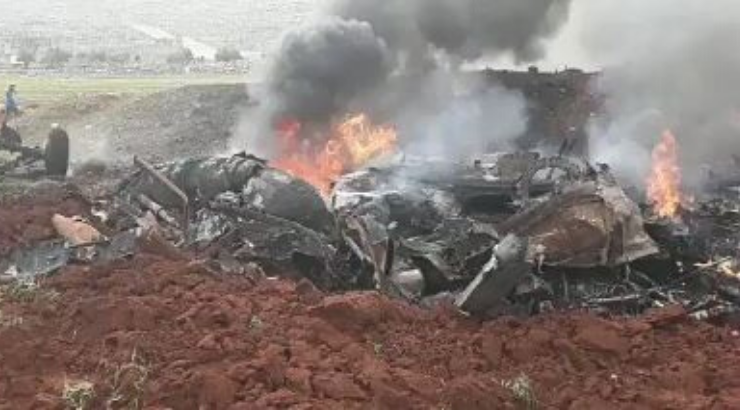 Another Syrian military helicopter has been shot down by the jihadist insurgents now threatening western Aleppo amid fierce fighting in both Idlib and Aleppo provinces.

A surface-to-air missile, likely a MANPAD, was fired on the chopper by Turkish-backed militants in the countryside of the major northern Syrian city, in the second such rare helicopter downing in only a few days.

Like Tuesday’s shootdown, which killed a high ranking Syrian officer along with the crew, video was released shortly after the incident. It shows a fiery mass falling from the sky moments after the anti-aircraft missile struck the chopper.

At least two Syrian military members aboard were reported killed.

Some analysts were quick to point out that the Syrian Army made a major blunder in flying more helicopters over the same area which just days ago witnessed a MANPAD take out a prior aircraft.

Footage from the ground of the second downed Syrian regime helicopter in only few days. pic.twitter.com/QTsontmltp

Syria analyst and journalist Danny Makki observed further, “This cant be a coincidence, unless the official Turkish army is shooting down Syrian helicopters then they have clearly given the militants MANPADS.”

Whether Turkey or even possibly the United States supplied them, it does now appear the al-Qaeda linked fighters backed by Erdogan are now in possession of deadly Man-Portable Air-Defense Systems (MANPADS).

All the way back in 2018 we detailed how the terrorist group Hayat Tahrir al-Sham (HTS), still in control of Idlib province, came to be in possession of US-supplied ‘Stinger’ missiles, despite their formal US Treasury designation as a terrorist entity.

What state actor covertly fueling the war in Syria thought this was a good idea?