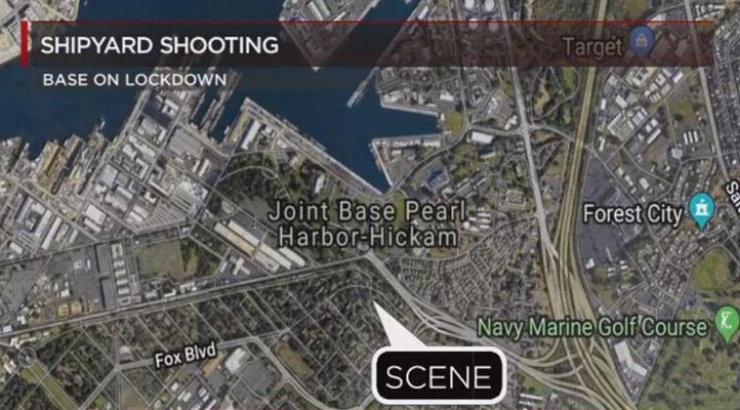 Pearl Harbor Naval Shipyard in Hawaii is on lockdown after multiple victims have been reported in an active shooter situation.

Sources tell Hawaii News Now that several civilians are among the gunshot victims. The Mirror reports that two victims are said to be critical, while a third is stable.

JBPHH security forces have responded to a reported shooting at the Pearl Harbor Naval Shipyard. The incident occurred at approximately 2:30 p.m. Due to the ongoing security incident, access/gates to #JBPHH are closed. We will update when we have further information. pic.twitter.com/6uZulGOUTx

The base’s 15th Wing confirmed, there was a shooter on the base. It said on Facebook:

“ALERT: There is an active shooter on base, please seek a secure location until further notice.”

A PA system is urging people to take cover. Base personnel also received text messages alerting them of the situation. Witnesses tell Hawaii News Now that the shooting happened at Drydock 2. First responders were called to the scene about 2:30 p.m.