A Delaware computer repair shop owner who was driven out of business for blowing the whistle over Hunter Biden’s abandoned laptop has written a book, “American Injustice: My Battle to Expose the Truth, in which he details what went down behind the scenes with the sitting president’s crack-addict son.

According to an excerpt published by the New York Post, John Paul Mac Isaac was about to close up shop on a Friday night when Hunter Biden ‘stumbled’ in carrying three MacBook Pros.

“I’m glad you’re still open,” Hunter reportedly said with an “air of entitlement” radiating off of him. “I just came from the cigar bar, and they told me about your shop, but I had to hurry because you close at seven.” 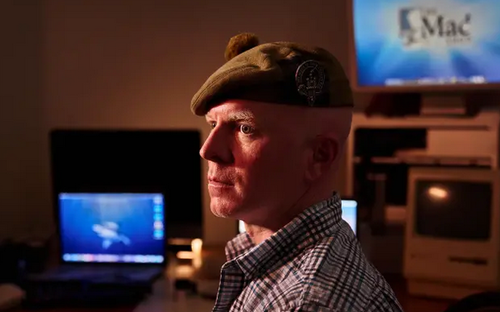 One of the computers, writes Mac Isaac, had a Beau Biden Foundation sticker covering the Apple logo. He proceeded to inspect the computers, when Hunter revealed his password: Analfuck69

For some reason, maybe misplaced compassion, I decided to check them over then and there. One at a time, I performed a quick inspection of the machines. The 15-inch laptop was a complete write-off. It had extensive liquid damage, and because the drive was soldered to the logic board, data recovery was beyond my capability. (If a Mac can’t power on, you won’t be able to access the drive and get to the data.)

The 13-inch 2015 MacBook Pro was in slightly better shape. It could boot up, but the keyboard was unresponsive. I pulled out an external keyboard and asked for permission to log in.

“My password is f–ked up. Don’t be offended!” he said, before announcing that it was “analf–k69” or something to that extent. His inebriated condition made it difficult to understand is speech. My eyes widened a bit, and I told him that maybe it would be best if he tried to log in himself.  -via the NY Post 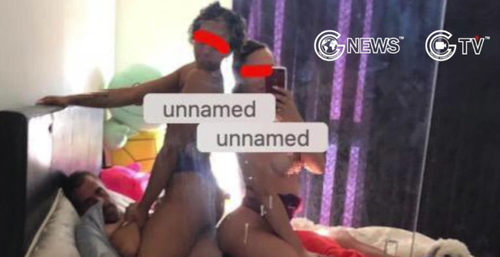 “Scrolling down, I started to see files that didn’t align. I started to individually drag and drop the files to the recovery folder. It took only a few files before I noticed pornography appearing in the right column,” he writes.

“How many of these does he have?” I wondered. It wasn’t just him alone either. Although it looked like he was having a love affair with himself, there also were photos with women. I decided I’d had enough, that I was no longer going to preview the data. I would just go by the file name and hope for the best. And I tried to work out how to keep a straight face when he returned for the recovery data.

Another note read, “Since you couldn’t have lived on $550,000 a year, you ‘borrowed’ some money from RSB in advance of payments.”

The whole document seemed shady. I saw that a lot of money had exchanged hands, and it didn’t seem like it had been recorded lawfully. But what did I know? Plus, it was none of my business. It wasn’t my job to judge — just to transfer and verify. So I kept transferring data until I hit a rather large file. The file was about half transferred when the screen went blank. Dammit, the battery had run out.

Now while all of this is certainly entertaining, what’s it going to take for the DOJ to launch a special counsel – given all the evidence of international dealings and other malarkey involving Joe Biden? If it was Don Jr’s laptop we would have already moved on to impeachment. Then again, we’re sure big tech platforms wouldn’t have interfered in the 2020 election by censoring the original story if the shoe was on the other foot.