Ancient scrolls scorched by Vesuvius may be read again 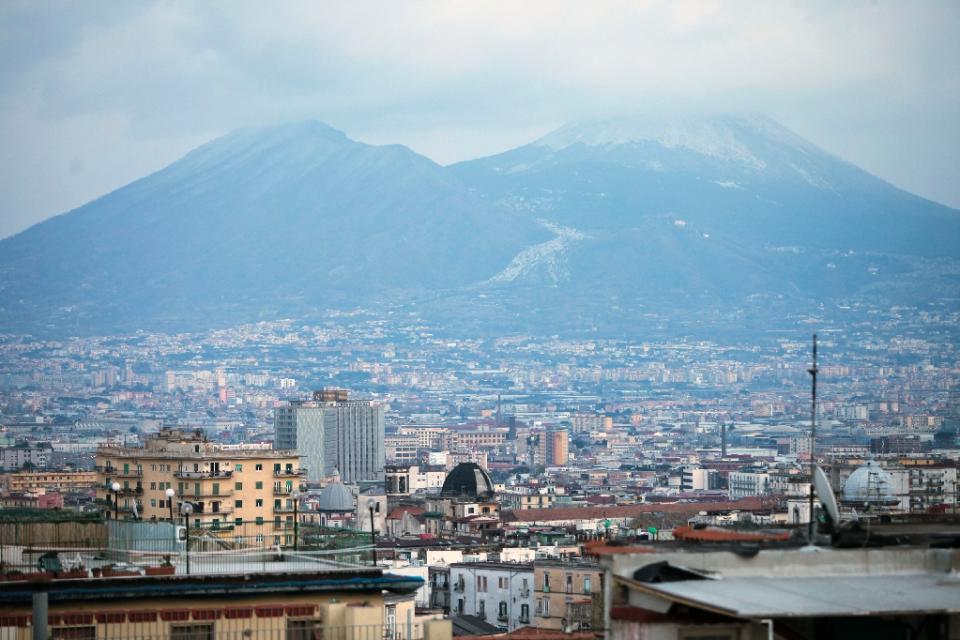 Precious scrolls blackened by the eruption of the Vesuvius volcano in AD 79 may become readable again, thanks to 21st century technology, scientists said on Tuesday.

Hundreds of papyrus scrolls believed to have been authored by Greek philosophers were found in the Roman town of Herculaneum, which was hit in the same eruption that destroyed the town of Pompeii.

Whereas Pompeii was buried under a thick layer of ash, nearby Herculaneum met a somewhat different fate — it was exposed to a roiling blast of volcanic gas.

The furnace-like heat burned its citizens alive and turned the writings into pitch-black, brittle rolls.

The carbonised manuscripts, part of the only library to have survived from the classical world, were found 260 years ago in the ruins of a huge villa believed to have been owned by a wealthy Roman statesman, Calpurnius Piso Caesoninus.

Now stored at the National Library of Naples, they are so fragile that the slightest touch can cause them to crumble.

Adding to the problem is that the letters on the papyrus were written in ink made from soot. On the blackened background, they are nearly invisible to the naked eye.

So many papyri have been damaged or destroyed in attempts to pierce their secrets that archaeologists abandoned the quest in frustration.

But, in a study published in the journal Nature Communications, Italian researchers offer hope that the enigmatic texts may be revealed for the first time in nearly 2,000 years.

– ‘Readable within a decade’ –

“It’s always hard to make a precise prediction, but with resources, the scrolls should be readable within the next decade,” lead scientist Vito Mocella told AFP.

Mocella, who works at the Institute for Microelectronics and Microsystems (IMM) in Naples, led a team to probe the scrolls non-invasively using X-ray phase-contrast tomography — a scanner also used in medicine to image soft tissue.

The researchers wrote a purpose-made algorithm to process the signals returned from the beams, seeking to tease out contrasts between the papyrus and the inked letters.

They tested their innovation on pieces of a scroll that had been unrolled in fragments in 1986.

They then moved onto a far tougher target — a scrunched-up, sausage-shaped scroll about 20 centimetres (12 inches) long that is more fragile than old lace.

The scanner was able to pick out all 24 letters of the Greek alphabet in the rolled-up text and pinpoint a specific handwriting style, a potential clue to the identity of the author.

But the team was not able to read words and had problems delving into the scroll’s deeper layers.

But, said the authors, the experiment only intended to be a “proof of concept” — a demonstration that a new technique works but needs refinement.

A finer X-ray beam and improved algorithm should be able to get better contrast and definition of each letter, they said.

“It holds out the promise that many philosophical works from the library of the ‘Villa dei Papiri’, the contents of which have so far remained unknown, may in future be deciphered without damaging the papyrus in any way,” the study said.

If so, this could unlock other ancient texts.

There is speculation that the villa in Herculaneum has a second library “at a lower, as yet unexcavated” level, it added.

Mocella said the key to deciphering this extraordinary haul of literature was not so much technology as funding.

“The work we did was voluntary — it was done virtually in our spare time,” he said.

Technology was fast advancing to enable scientists to read the scrolls, added Mocella, and pointed to the potential of another non-invasive tool called tomo fluorescence.

But using it “depends on getting the means,” he said.