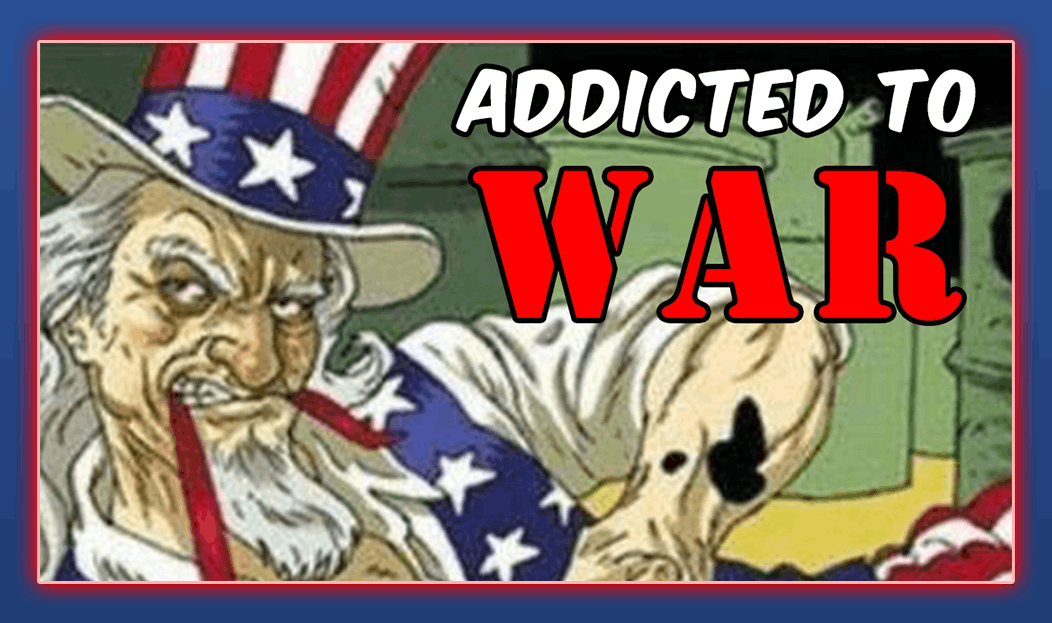 This is Luke Rudkowski of WeAreChange.org here. I am at the Nexus conference and we have the distinct pleasure to be joined by the one and only Dennis Kucinich. He is an incredible human being and former congressman.

Last time we spoke, we were Burning Man, but there was a re-election that you were going through, can you tell us what happened during that re-election?

Well, my district which I represented in the Cleveland area for 16 years was part of a redistricting plan that occurred in Ohio. It was interesting, while I seldom voted with the Republicans they felt that based on the approach I took that they’d be happy to protect my state. However, the Democratic Party intervened and said that if you protect the Kucinich seat, we will take you to court and throw out the entire redistricting plan. So the successful redistricting plan in Ohio in 2012 was contingent on meeting the Democrats demand. The demand that my seat representing the Cleveland area would be cut up in about four or five pieces. This essentially eliminated my seat. I don’t mention this because I feel like I was deprived of anything but the people of Cleveland were deprived. Anywhere from one to four congressional seats, we were denied those seats in Congress. The Democratic Party did this.

You were one of the most prominent Democrats out there and also one of the few and one of the bravest ones who was giving out a message of Anti-war. A message which I think was critically important. We’ve seen similar redistricting happening in collusion with Democrats and Republicans against Cynthia McKinney that prevented her from winning again. Do you think it was your anti-war sentiment that caused the Democrats to go against you? 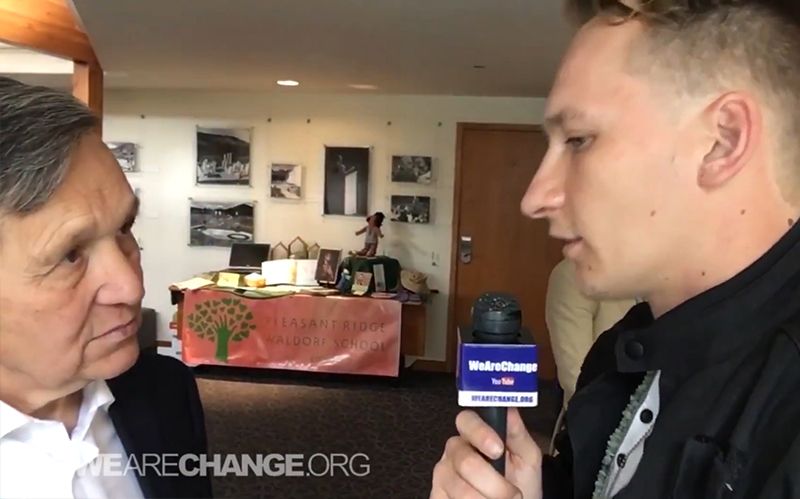 Yes, I think the party has been addicted to war. Not all Democrats but the party leaders have made it so that wars are funded. I voted against funding and prosecuting wars. I voted against prosecuting wars. I took on my own party on this question over and over and over. What is the difference between the Democratic and Republican Party? When the Democrats vote for war or when they say they’re opposed to war and they vote to fund wars.

They keep up a system that is depriving the very people we say we want to help. Depriving them of the resources for the kind of life they want. This is an addiction to war and is the most serious problem confronting our government. It deprives the American people of trillions of dollars that could be used to build a good life. It puts us at odds with people all over the world, and it kills innocent people. It causes thousands of American servicemen and servicewomen to lose their lives often for wars based on lies.

Today the Department of Defense can’t even pass an audit. No one knows where the money is going. So it’s a racket, and it becomes self-perpetuating. Both political parties are involved in it, so I had no hesitation to talk about this. I would call for votes one time after another and press for votes on withdrawal. I’m standing up for the Constitution article 1 section 8 where Congress doesn’t let undeclared wars proceed. These are things that made my own Democratic Party leaders very unhappy because they’re looking for people that go with the status quo. Right now the status quo puts us on a trajectory towards death, not life.

You’re 100% right about that, and the hypocrisy is highlighted by what just happened a few days ago in the Senate. That was record defense spending, and it was passed bipartisanly by the Democrats and the Republicans.

It does seem that the US Empire is not only addicted to war but it is their main kind of policy. From my understanding, it’s all related to the petrodollar, and it’s the reason why the U.S. has this kind of world standing. How it affords its military standing. I wanted to get more in-depth with you maybe on some of the foreign policy moves that Donald Trump. As a candidate, he promised a lot of great things he said we’re going to defeat ISIS and work with Russia. It now seems like he’s battling and moving his chess pieces contradicting Russia while starting conflicts against the Syrian government. Along with harsh words towards Venezuela, Iran, China and North Korea. How do you see Donald Trump now as president with his foreign policy and is there any difference with Barack Obama’s foreign policy?

Well, neoconservatives have had a tremendous impact on policy in the United States beginning with pushing George Bush to attack Iraq. They encouraged Barack Obama to knock out the government in Libya and also to fund an effort to try to knock out the regime in Syria. Now although President Trump campaigned to against this kind of interventionism. The very people whose policies he railed against during the campaign have now basically captured his presidency. They will ruin his presidency because they will put America into an intensification of the existing conflicts. They will put us on the precipice of a potential nuclear war. It’s very dangerous, and this is not what Donald Trump promised, but I’ll tell you I don’t feel that he has an awareness of how he’s been led into this. Perhaps he’ll wake up and change directions, I certainly hope so. 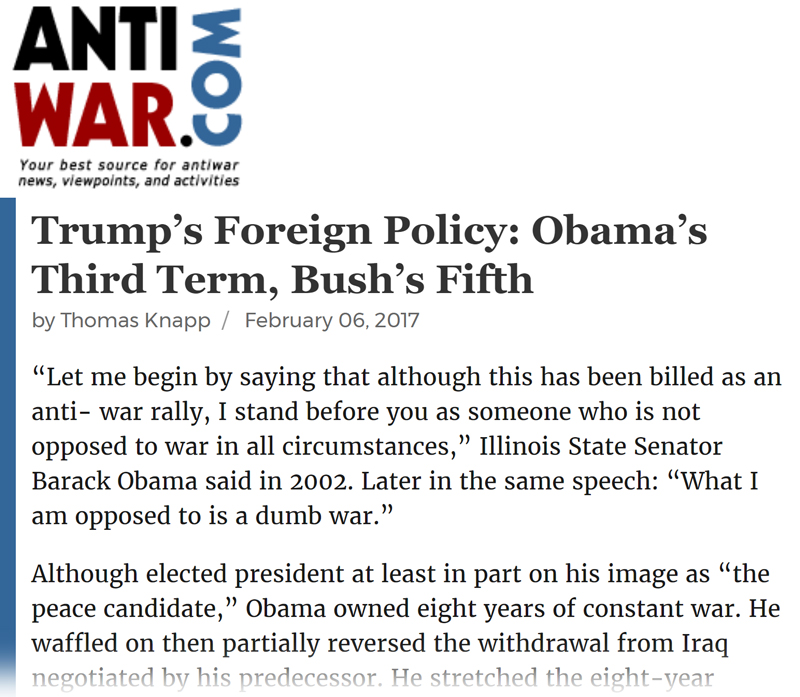 The moves are very significant. Libya is a perfect example of that, and you were personally involved in that. You were in contact with the Gaddafi family sending over information through the State Department. Your phone was even tapped, and I think Libya the failed state demonstrates you as an example of how the U.S. war machine is out of control.

My last question is where is the anti-war movement? It seems like the AntiFa, and the alt-right have captured this kind of protest movement they are fighting each other, and there is no longer an anti-war movement.

Well once a war has begun it’s very difficult to stop them. They use headline momentum, money, and resources. The way to stop a war is to have the election of a president depend upon it. I think if Bernie Sanders had made that the issue he would have defeated Hillary Clinton. If he had the nomination, he probably would have won the election. He was reluctant to raise that as a major issue in the 2016 campaign. I’m sure that he thinks about that often now. We need to make it the compelling and defining issue. Let the American people decide how we want to spend the treasure and lifeblood of this nation. Do we put our sons and daughters on the altar of the military-industrial complex forever or do we reclaim the nation and our capacity to meet the needs of the American people? The people haven’t had a vote on that in a very clear way.