Now that Sydney’s adult vaccination rate is finally nearing 70%, local officials have started to share plans for reopening the city’s economy, allowing patrons to return to bars, restaurants and gyms (in limited numbers, and with proof of vaccination). But they have also caused widespread concern by referring to a “new world order” in post-lockdown Australia.

New South Wales state Premier Gladys Berejiklian said during a media briefing in Sydney on Thursday that Sydney’s cafes, restaurants and pubs are set to reopen in the second half of October after months of strict COVID-19 lockdown.

In keeping with Australia’s modest shift away from the “COVID Zero” ideology, Berejiklian said leaders must “hold their nerve” as cases are almost guaranteed to rise after the reopening (though mostly continued to climb despite the lockdown, anyway). Some restrictions for the fully vaccinated will be lifted on Monday, as the first step toward reopening for businesses will arrive shortly afterward.

Despite its lockdown efforts, Australia has seen cases continue to climb in the two months since Sydney started what was supposed to be a temporary “snap” lockdown. 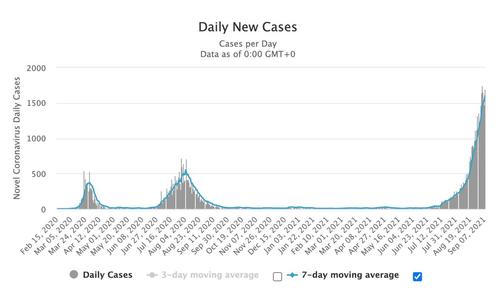 While this might seem like the light at the end of the tunnel, there’s a catch: Berejiklian said she expects cases to rise when restrictions ease, and warned that more “localized” lockdowns would follow.

“If there is a concentration of disease in any suburb.” Lockdown rules in several regions outside greater Sydney have been lifted from Saturday due to low case numbers out there.

Another NSW official triggered a backlash on Thursday when she referred to a “New World Order” that will be established after the lockdown conditions hsve been lifted. Dr. Kerry Chant, the Chief Health Officer of New South Wales made the remark while outlining new vaccine requirements for workers and customers when the city reopens.

Both parties at reopened businesses would have to be fully vaccinated against Covid-19, Dr. Chant announced, and workplaces would “have some system of checking that.” But it was her next comment that really stirred up a storm.

“We will be looking at what contact tracing looks like in the new world order,” she said.

The clip spread like wildfire on social media in Australia and the UK.

Both Dr Chant and Hazzard have referenced the New World Order. Does anyone in #Australia know what it is exactly?? pic.twitter.com/KiFx9vsQeE

It definitely elicited a reaction.

Some users pointed out that this wasn’t the first time an NSW official had used the term during a COVID-related press conference. Minister for Health Brad Hazzard described the pandemic as a “new world order” in July 2020.

“This is a world pandemic, it’s a one in a 100-year event, so you can expect that we will have transmission from time to time, and that’s just the way it is. We’ve got to accept that this is the new world order,” Hazzard said during a conference, following an outbreak of cases.

And here is Hazzard, who has referred to the New World Order multiple times. pic.twitter.com/ZVm8ITaV8C

The ABC reported last month that Hazzard’s statements had sparked a wave of conspiracy theory videos on TikTok and other platforms. Sydney has been on continuous lockdown since June. And while Australians will be relieved to see some of their freedoms returned to them, in the post-COVID era, things will never be the same as they were – and new “localized lockdowns” can still be imposed at any time.

Not to worry, Twitter and YouTube are here to set conspiracy theorists straight about said thing that doesn’t exist. 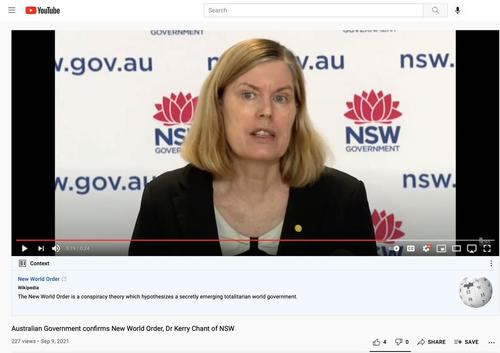 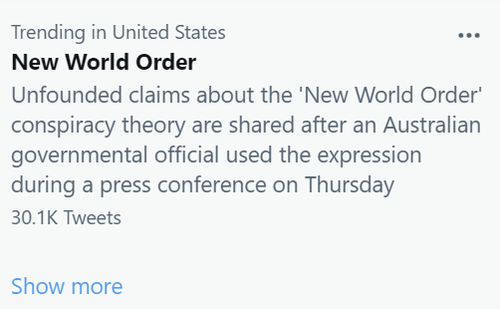