Two years since the apocalyptic explosion seen around the world, Beirut’s grain silos – that were massively damaged in 2020 – have suddenly collapsed this morning, sparking a huge cloud of smoke and debris.

Everyone remembers the shocking images from August 5th 2020 as a massive blast, caused by an estimated 2,750 tons of ammonium nitrate stored in a warehouse at the port unsecured for years, killed over 200 individuals and injured more than 6000. 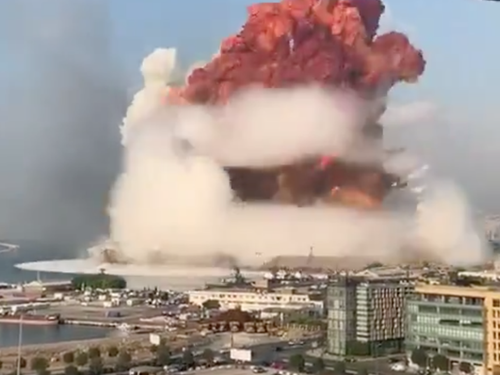 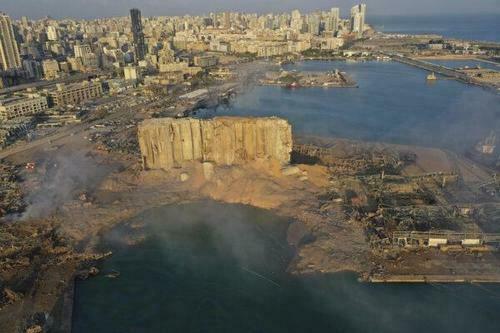 But, as of today, they are no longer standing.

After reportedly burning for more than three weeks, part of Beirut port’s grain silos has collapsed. 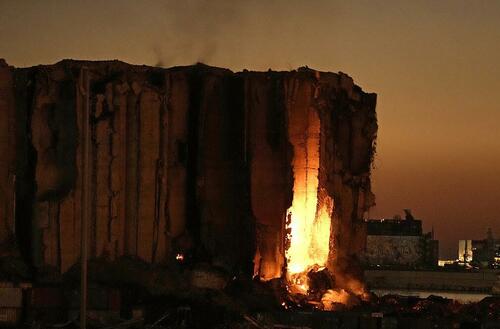 The fires were caused by grain fermentation.

Firefighters and Lebanese Military troopers had been unable to extinguish the fire, which had been releasing odors into close by cities. Officials last week issued directives to residents living close to the port to remain indoors in well-ventilated areas.

As of yet there are no reports that anybody was injured.