Black Pigeon Speaks on Attitude, Kindness, Censorship, and The Fed! 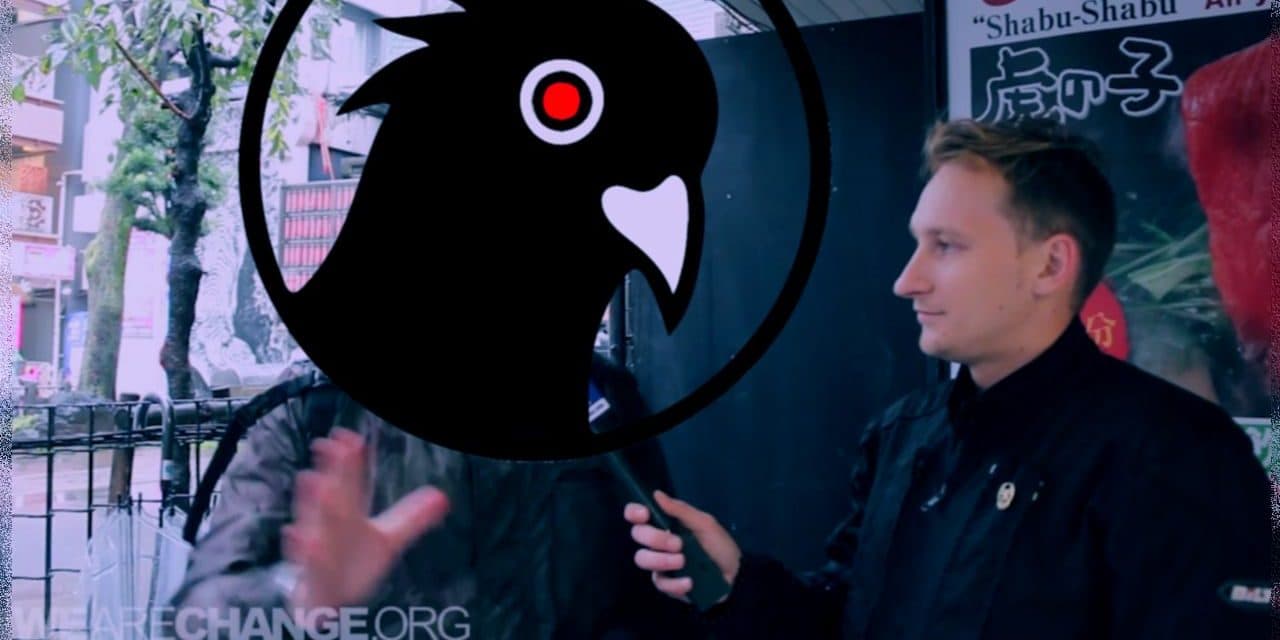 I really do believe it, and if you’re a negative angry just- an energy that you’re putting out into the universe isn’t healthy that’s what you’re gonna receive.

And if you look at studies- I’ve even I’ve even read about it most of the time when people get cancer a very significant percentage of these people previously – before being diagnosed with cancer were under severe amounts of stress…so you know it’s just the negativity brings on more negativity.

So that’s why you know I like to do things like like today when we were helping the pigeons, you know it takes only a few minutes of my time to help something, and it means a whole load of difference for his life and hopefully that’ll come back to me one day.

First of all I always wanted to talk to you about your name and where it comes from…Black Pigeon Speaks- that’s not a very kind of generic name…what’s the story behind it?

BPS: The story behind it is, I was in India a number of years ago and I became very very very very ill after being bit by some kind of anonymous, undisclosed animal- and I ended up in the hospital for a long, long time

And after, you know- a few months in the hospital, you know people will stop coming as regularly as when you know and they might come by once a week- so you know I was starved for friends.

So what I did is I would go out and I started feeding pigeons outside in the courtyard in the park near the hospital, bringing my catheters and stuff along the way.

He had a broken wing- probably got hit by a car. And I basically took him home and a nursed him back to health and unfortunately he ended up dying a number of months later, but it was about right at the same time that he died. So I just named my channel after him.

Me: Small acts of kindness that kind of reverberate and kind of expand and build up to something bigger. that’s kind of how I see what I’m trying to do on YouTube- I’m trying to do my best to just inform people and help them as much as I can but it’s a big battle as well- and there’s other forces.

And you know one thing when you start talking about kind of the bigger philosophies is- the more good you do, the more adversities you face.

And and one thing you told me that’s really interesting is that you were- I think the first channel that was hit by restricted mode by YouTube!

BPS: Oh, that was interesting because I made a video that kind of overlaid my understanding of what I’d read via university studies, via evolutionary biologists, sociologists, and a number of different experts on the basic differences between men and women and how we interact in our society based on our evolutionary history and our predilections and how we interact as a group.

As human beings do…where the basic premise was that men- because of their evolutionary inability to create babies, they have to be able to bring women to them.

And it was like “No, that’s it! It has to go into YouTube jail, and it was the one of the first ones that did- if not the first video.

The people who lack a lot usually have the most superficial crap around them.

And they keep having to filling that void within themselves with more useless stuff that they don’t even need.

So, the next question we also talked about the Federal Reserve and other issues. I’d like to know- from your perspective…what is the bigger truth you think society needs to understand.

And the reason I’m asking this is because we’re having you on our show- we’re getting demonetized, we’re getting hit, we’re getting restricted, we’re getting censored in so many different ways on YouTube. And have been for years- so I always like to give people opportunity to say one message that is the most important them for them for people to understand.

So I mean, you can be have a position here but your position over here doesn’t have to correlate with this (the other) position, because because it’s not part of some sort of set playbook that that you’re handed over to, and you’re given.

So for example, you know- a lot of people shit on me because I think that single-payer health care is a much better than what you have in the United States with private health care. “Oh, but it doesn’t work, it doesn’t work!”

You know, you come to a country like this- it does (work). I mean, I understand the United States has problems with obesity – these kinds of things.

But I guess it’s just having a plethora of thought, and and having an open mind to things, and and being able to listen to other people’s opinions that you might not generally agree with. But they might in fact change your mind- if that makes sense.

We may not agree on everything 100%, but I will fight till my death to hear you speak, no matter what you say, even if I find it repugnant or disgusting or whatever it is. I don’t care, it doesn’t matter.

So to me, the federal reserve we’re talking about- that is the main issue. Why do you find it important?

BPS: Well the the centralized banks- as you said Jekyll Island, but this goes back even further- this goes back centuries. And what you have is banks always trying to gain control over the ability to print countries money. And what they’re doing is they’re giving themselves a blank check, but they’re also creating debt slaves.

And, they’re also creating a system of debt slavery. And the reason it’s so important, is that people really need to understand that this is not the way things have always been.

They haven’t and they don’t need to be this way. So the Federal Reserve is, and the central banks- the Bank of England, the Bank of Canada- all of them- are one of the greatest institutions of enslavement of our species, and it’s done to the detriment of all, for the benefit of the few.

So yeah, it’s it’s one of the most critical things that people need to educate themselves on. And even last night when we were having our dinner- our drinks…and we were talking to our friend who works in the bank, and he was saying you know all of us in the banking industry have realized- we don’t need these guys, you know.

So even people that work within the industry realize that it’s a scam- it’s just a scam that we all go along with.

Me: And not talk to you for a very specific reason, and if you you do talk about them you’re a crazy conspiracy theorist, or you’ll be restricted, or you’ll be banned, etc.

And once we have this voice- appreciate it! So I want to thank you so much for all of the great work you do.

I hope you guys appreciated our message to you. If you do, share this message- because you may not be able to! Because we may be restricted, we may be screwed…but while we still have it, we’ll use it to its fullest extent.

Love you guys & thank you again so much for reading this!