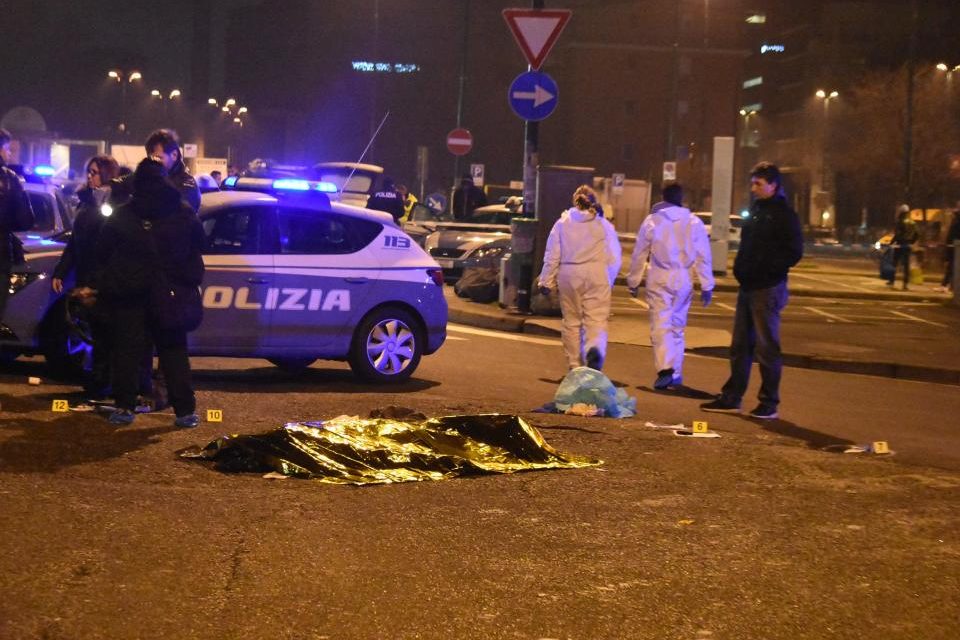 BERLIN (WeAreChange) — The main suspect in a truck attack on a Berlin Christmas market was reportedly killed in a shootout with police in Milan, Italy, on Friday.

Police said Anis Amri was stopped during a routine patrol and after producing a gun, opened fire on officers, who returned fire.

“During routine activity there was a police squad who stopped someone who appeared to be a suspect. At the moment he was stopped, without hesitation he pulled a gun out of his rucksack and shot a police officer. Police responded.The officer is hurt but he is in hospital and he is not in intensive care. Without any shadow of doubt the man killed is Anis Amri, the man wanted in connection with the Berlin terror attack.”

Fingerprints matching the ones obtained from the scene of carnage at the Christmas market near the Kaiser Wilhelm memorial church, have reportedly been confirmed to be those of Amri’s.

He was initially thought to have been spotted in Denmark earlier Friday, before details of the shooting surfaced.

On Monday, Amri is believed to have hijacked a truck, shot the Polish driver dead and then rammed through a bustling Christmas market in Berlin, killing 12 and injuring 48, sparking an extensive Europe-wide manhunt.

Unconfirmed reports state Amri travelled on a train through France and into Italy, arriving at a Milan train station at around 3am.

Italian prosecutors have now confirmed the 24-year-old Tunisian-born has been killed “without any doubt”.

Express UK reports Amri has previously lived in Italy and spent four years in prison for setting fire to a school.A German reporter has spoken to Amri’s brother who says he is “shocked” to learn of his brother’s death and declined to comment further.Meanwhile, th German Interior Ministry is refusing to confirm whether or not the man killed by Italian police is Anis Amri and it is also refusing to answer questions on why and how Amri was able to travel freely throughout Germany and mainland Europe.The Tunisian terrorist travelled from Berlin to Chambéry, France, to Turin and then onto Milan – the whole time he had the gun he used to shoot a Polish lorry driver at point blank range concealed in his rucksack.

Amri was also photographed entering and leaving an Islamic State-linked mosque but was never detained.

At a press conference in Berlin, a government spokesman did not comment on whether or not tighter border controls need to be implemented on the continent.

He did, however, reveal there are around 330 “terrorist sympathisers” currently living in Germany.

Danish police said a man matching his description was spotted in the northern city and a massive police operation is underway.

German police raided a mosque in western Germany in the early hours of the morning after Amri was pictured leaving the religious building under cover of darkness.

Amri managed to evade the authorities once again and made it to Milan without hassle.