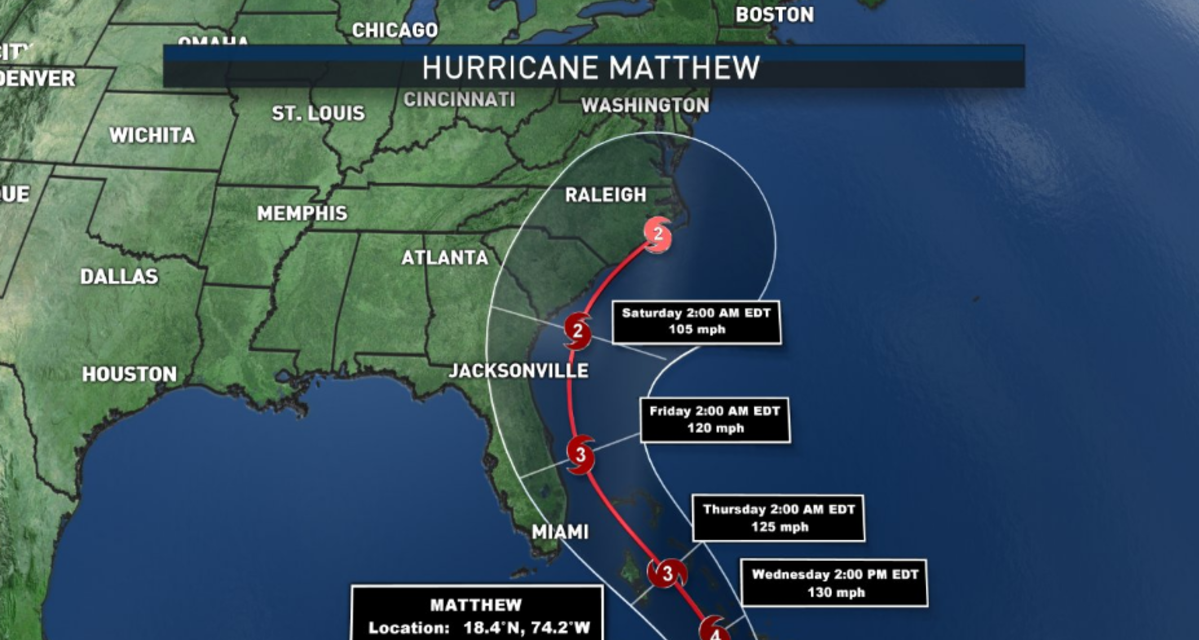 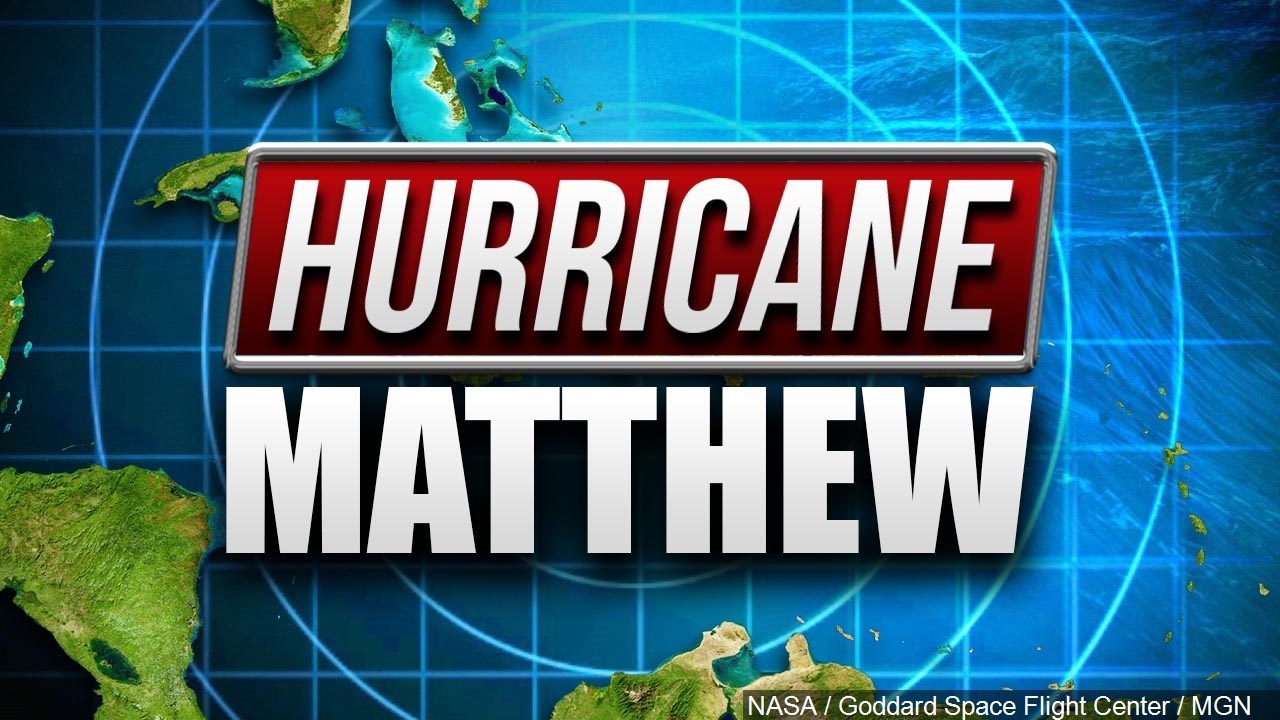 In this NOAA handout image, taken by the GOES satellite at 1620 UTC shows Hurricane Matthew in the Caribbean Sea heading towards Jamacia, Haiti and Cuba on October 3, 2016. NOAA via Getty Images

South Carolina Governor Haley has ORDERED a MANDATORY EVACUATION of all coastal counties in the state, starting at 3:00 PM eastern US time on Wednesday, October 5.  ALL PERSONS in those counties MUST leave due to the pending arrival of Hurricane Matthew, a category 4 Hurricane with 140 MPH winds. 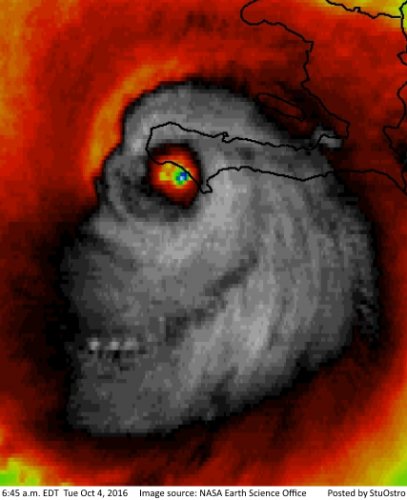 Viral Photo, From Meteorologist Matt Daniel from WMAZ.  He says “This is a real satellite image of Hurricane Matthew earlier today. Do you see the creepy face? Not going to lie, little spooked out after looking at this….”

The SC Governor issued  a state of emergency on Tuesday and ordered an imitate evacuation of more than a million people in coastal areas of south Carolina starting Wednesday afternoon in anticipation of Hurricane Matthew.

Florida and Georgia have also called states of emergency for a storm that has pounded the Caribbean with 145 mile-per-hour (230 kph) winds and surging seas and was expected to start affecting U.S. coastal areas late on Thursday or early Friday.

Haley pleaded with people to get 100 miles (160 km) away from the coast, but did not say if there would be penalties for those who refuse to comply.

“We don’t do voluntary or mandatory anymore. An evacuation is an evacuation,” Haley told reporters.

By declaring a state of emergency, Haley can mobilize 1,800 members of the National Guard.

Highways will have all traffic lanes directed away from the coast for the evacuation, and the state will close schools and county government offices in 26 of the state’s 46 counties staring Wednesday. 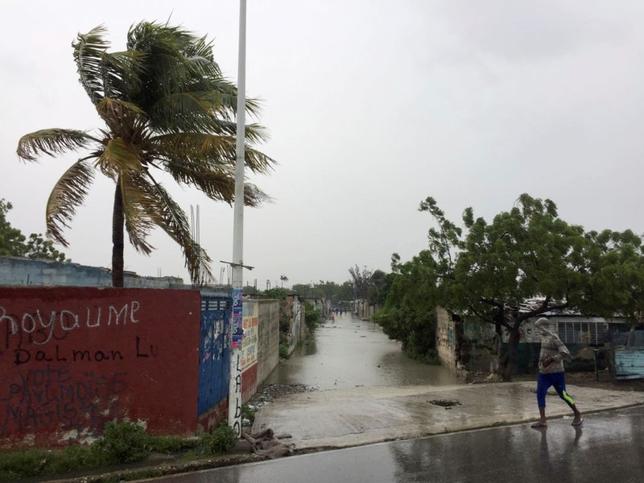 A man walks past a flooded street while Hurricane Matthew passes, in Cite-Soleil in Port-au-Prince, Haiti, October 4, 2016.REUTERS/Carlos Garcia Rawlins.

Matthew will be a Category 2 or Category 3 hurricane when it brushes or hits South Carolina on Friday night, she said. Officials anticipate 100 mph (160 kph) winds and five- to seven-foot (1.5- to 2-meter) storm surges in coastal South Carolina, she said.

Several coastal schools, universities and municipalities, including the city of North Charleston, announced they would close starting on Wednesday.

Florida Governor Rick Scott, who declared a state of emergency for all 67 counties on Monday, has activated 200 members of the Florida National Guard to support any needed hurricane response and put another 6,000 on standby.

Other state agencies prepared by ensuring fuel supplies in potential evacuation zones, readying shelters and highways to handle any evacuees, and taking inventory of emergency food supplies in state schools and warehouses.

In Georgia, Governor Nathan Deal issued a state of emergency for 13 counties in coastal areas.

“I’ve ordered the Georgia Emergency Management and Homeland Security Agency (GEMHSA) to work with appropriate state and local agencies to ensure all precautions are taken to protect residents and minimize risks to property and roads,” Deal said in a statement.