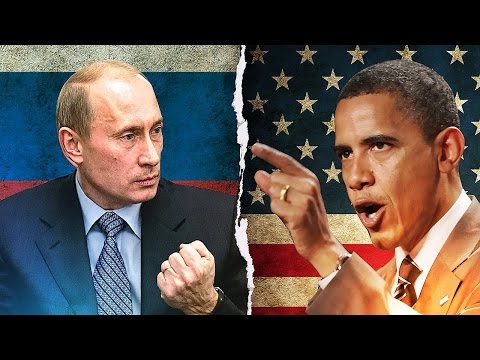 The final showdown between Russian President Putin and United States President Obama is here! The U.S. announced Thursday that it will be ejecting 35 Russian intelligence operatives and imposing sanctions on Russia’s two leading intelligence services.

It is no secret that Obama has threatened retaliation against Russia over rumors that the Russian government hacked into email accounts belonging to DNC officials and released information in order to help sway public opinion in favor of Donald Trump.

This move by Obama is unprecedented for his administration, and will require a great deal of effort from Trump in order to restore relations with Russia. It also serves as a reminder that the U.S. is acting under information from anonymous intelligence officials, and concrete evidence of hacking backed by the Russian government has still not been released.

While the U.S. is currently imposing sanctions against Russia, Vice President Biden claimed in October that retaliation for the alleged cyber-attacks would go much further than just sanctions.   “We’re sending a message,” Biden said.

“We have the capacity to do it. [Putin will] know it. And it will be at the time of our choosing. And under the circumstances that have the greatest impact.”

While some are claiming that Obama’s retaliation against Putin over the alleged hacking could provoke war between the two countries, I think it is much more likely that this is just Obama’s way of taking one final shot at his long-time adversary.

What are your thoughts on this issue? Let us know in the comments section!