The owner of a Mendocino, California restaurant is penalizing customers who wear masks inside, according to NBC Bay Area. 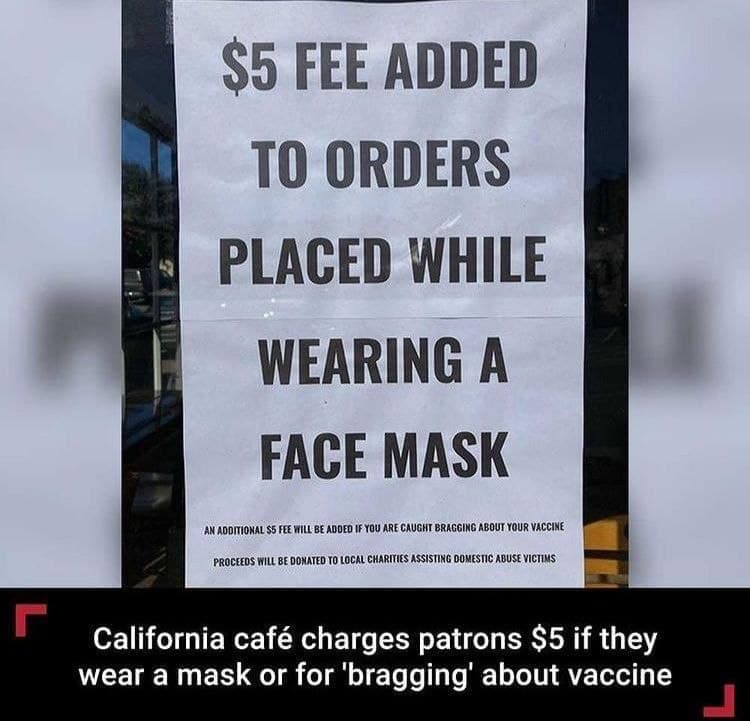 “$5 FEE ADDED TO ORDERS PLACED WHILE WEARING A FACE MASK,” reads signs posted in the windows and at the register of Fiddleheads Cafe.

The fine print adds that anyone overheard bragging about having been vaccinated will be hit with another $5 charge.

“Customers either love it or hate it,” said owner Chris Castleman in an email to NBC Bay Area, who said the ‘fee’ is ultimately considered an ‘optional donation’ which goes to charities assisting victims of domestic abuse.

“There are people who refuse to pay it; I guess a $5 donation to charity is too much for them. Others have gladly paid it knowing that it goes to a good cause. I don’t force anyone to pay, I give them the freedom of choice, which seems to be a foreign concept in these parts of the country,” Castleman added.

This isn’t the first time Castleman has waded into the mask debate – posting signs in April which read: “THROW YOUR MASK(S) IN OUR TRASH BIN AND RECEIVE 50% OFF YOUR ORDER,” as well as “GET YOUR FREE COVID-19 VACCINE CARD HERE!” which was accompanied by a photocopy of what appeared to be a COVID-19 vaccination record.

According to the Press Democrat, Castleman temporarily closed the restaurant in June 2020 after receiving a $10,000 citation from county health officials for violating various health orders – such as employees not wearing appropriate face coverings or failure to post necessary signage regarding social distancing or proper hygiene. 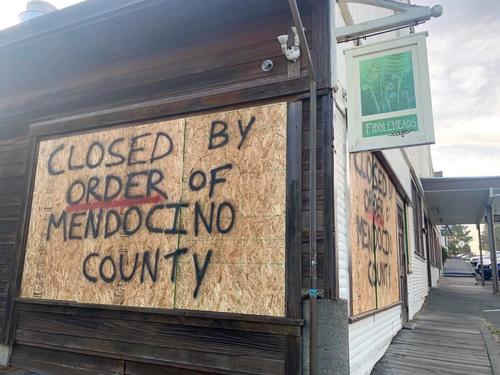 “I’m not going to tell my employees to do anything,” Castleman said at the time. “That’s between them and the county. In general, the stance I have on all this is it’s about personal responsibility and personal choice. It’s not about me being a police officer.”

Castleman set up a still-active GoFundMe page last June to help keep his doors open, and has raised $6,500 of his 5,000 goal.