It appears as thought the onset of a global pandemic and the ensuing carnage that it has wrought around the United States isn’t sensational enough for one newsmedia outlet, which was caught this week faking footage of a New York City emergency room dealing with the coronavirus outbreak.

Internet sleuths started to piece together a video clip from CBS on a report about the outbreak in New York, which was then picked up by the Gateway Pundit. The report about New York City used a video clip of an Italian hospital, seemingly overwhelmed with capacity.

The first photo is from Sky News’ coverage of the coronavirus crisis in Italy, from March 22. It shows an overwhelmed hospital staff in an emergency room in Northern Italy: 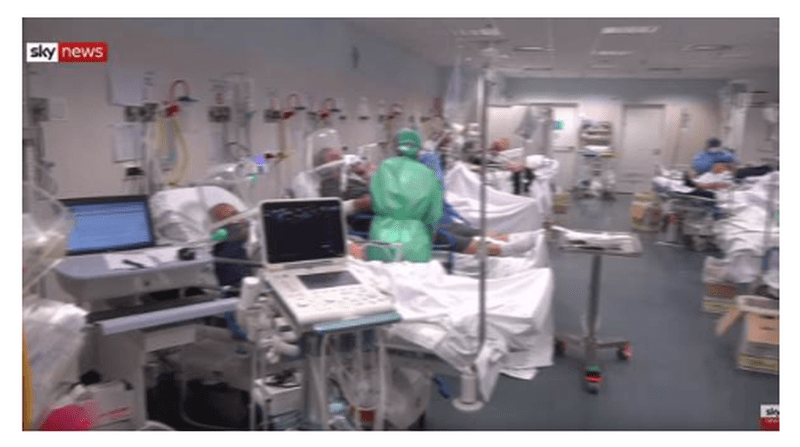 “This is the main hospital in Bergamo, in Lombardy province. It’s one of the most advanced hospitals in Europe,” Sky News reported at the time.

And this is the footage that CBS chose to air on March 25, while talking about New York City being the epicenter of the coronavirus outbreak in the United States: 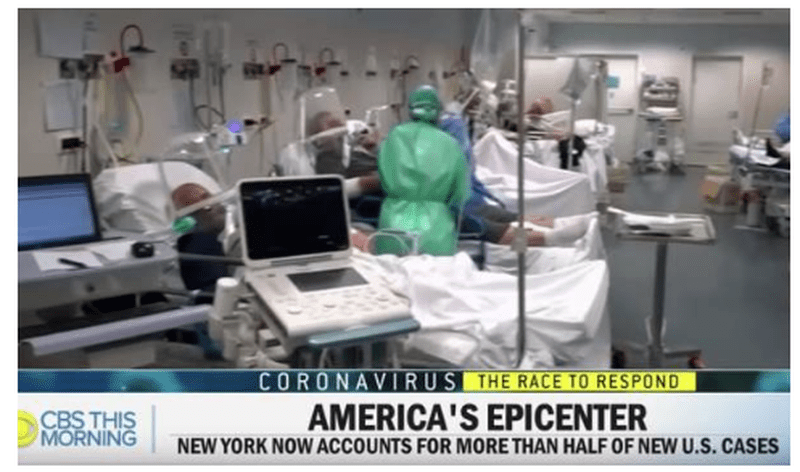 Twitter user @Alx posted a side by side comparison of the two videos, stating “During a Pandemic it is essential that the Media gives us real and accurate information. It’s completely irresponsible for @CBSNews to use footage from an Italian Hospital when talking about the outbreak in New York City”:

During a Pandemic it is essential that the Media gives us real and accurate information.

It’s completely irresponsible for @CBSNews to use footage from an Italian Hospital when talking about the outbreak in New York City.

CBS released a statement on Monday, admitting to the “mistake” and saying that they had taken “…immediate steps to remove it from all platforms and shows.”