*Censored* The FBI Knocked on My Door! *Revisited*, previous version removed because of privacy complaint made by the FBI 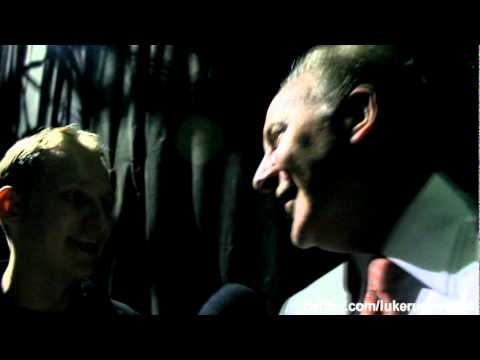 This version of the video was made because of a privacy complaint made by the FBI to YouTube. The previous versions have been deleted from YouTube, so please spread this to everyone and re-post any comments that were lost.

The Joint Terrorism Task Force Division of the FBI Visits an Austin Peace Activist to Question About Pre-Crimes! On April 21, 2010, two agents of the FBI’s Joint Terrorism Task Force (JTTF) came to my house to talk to me, a part time peace volunteer for Palestine. After verifying that they really were with the FBI, I asked them to wait. I shut my door, took a deep breath, and grabbed my video camera.

In an ideal world what prevails is “the truth.” Therefore, if you are innocent, you have nothing to fear since ultimately you will be found innocent. But the real world is not ideal; and what really counts in this world of ours is the “perception of truth.” Powerful governmental institutions with insurmountable resources at their disposal in terms of skills, money, manpower, organization, computer systems, etc. can create a perception of truth that ends you up in prison—even though you are innocent. This is why there are innocent people on Death Row. Consequently, the only prudent answer, when interrogated by government officials, is to exercise your Right to Remain Silent, and request an attorney, specially, during the current times of political agitation and war hysteria.

Just remember that as Voltaire once said, “It’s dangerous to be right when the government is wrong” and that “In a time of universal deceit, telling the truth is a revolutionary act.” -George Orwell

I want to thank Jeffry Zavala for: * Helping me remain anonymous in this video * For creating something to help you if the FBI ever knocks on your door to question you about pre-crimes,* For helping me to tell others about my number one cause: Promoting the “One-State” Solution to the Palestine-Israel conflict, instead of the apartheid-like “Two-State” scenario.

For more information about what to do if you FBI knocks on your door go to:http://www.scribd.com/doc/8578721/Wha…

This is a ZGraphix production.
http://zgraphix.org
Produced by Jeffry Zavala.