Colorado made so much money in marijuana taxes this year, they are giving residents a tax rebate. 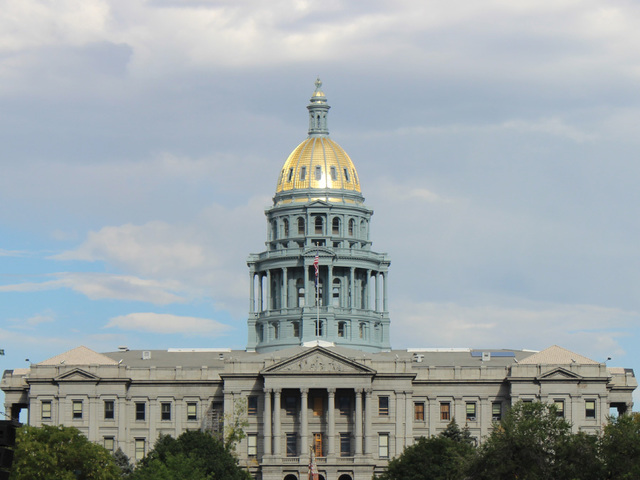 There is some good news for taxpayers.

Taxpayer rebates totaling $167.2 million are mandated by Colorado Taxpayer’s Bill of Rights, assuming current law and the September forecast by the Office of State Planning and Budget.

A $30.5 million rebate for new marijuana taxes is coming. Total state marijuana revenue was different than what was projected in the election blue book for 2013’s Proposition AA. Because the estimate was off, under TABOR, the state must refund the money being collected or ask voters again to keep it.

Hickenlooper said he’ll let the legislature decide the nuts and bolts of the rebate.

“It will be important to engage the legislature when the session begins on the issue of marijuana rebates, and at this time, it would be unwise for the state to plan to spend any of those funds in advance of that discussion.”

Meanwhile, current revenue projections indicate a $136.6 million refund for revenue above the Referendum C cap in FY 2015-16. If they materialize, the rebates would go out under existing formulas via tax credits or sales tax refunds when people file their 2016 taxes.

In FY 2015-16, the General Fund will provide additional funding for transportation per the provisions of Senate Bill 09-228. The budget allocates $102.6 million under the statute’s formulas.

“Colorado’s economic activity continues to outperform the national expansion,” Hickenlooper said. “Total employment and personal income have steadily increased for several years running. The state’s unemployment rate stands at 4.7 percent, the lowest since 2008.  Looking ahead, the most likely scenario is for the momentum to continue at a steady pace.”

Other notable aspects of the proposed budget include:

An additional $480.3 million for K-12 school finance (an 8.1 percent increase), including $200 million from the State Education Fund above enrollment and inflation on a one-time basis. Per pupil funding will increase $475.58 to $7,496.28.  It also includes $107.1 million (14.1 percent) in additional funds for higher education, including $30 million for the Colorado Opportunity Scholarship Initiative.

$8.2 for counties to hire 130 new child welfare caseworkers in FY 2015-16. This is the first step to address high workloads for these county employees.

$6.1 million Total Funds to assist seniors, including a $4.0 million General Fund increase in state funding for Senior Services along with $2.1 million in cash funds to provide a 1.7 percent cost of living adjustment to Old Age Pension program recipients.

$33.6 million from the Marijuana Tax Cash Fund for enforcement and oversight of Colorado’s new marijuana industry, including required reserves and addressing a shortfall in the current appropriation. The request includes a continuation of several initiatives that promote public health and public safety, robust regulatory oversight, law enforcement and the prevention and deterrence of youth marijuana use.

Funding for employee health insurance and pay increases that total $72.7 million total funds including $50.9 million from the General Fund.  These reflect increases of 3.7 percent and 4.7 percent respectively. The pay increases reflect one percent across-the-board and one percent based on merit rating.

A one percent rate increase for private sector and nonprofit providers of health care and corrections services. This equates to $41.9 million total funds and $17.5 million General Fund.

After expected supplemental increases, a $154.7 million General Fund increase for the Department of Health Care Policy and Financing, which reflects increased caseload in the health care programs it administers, notably Medicaid.

Many capital construction projects and information technology projects are underway and the budget allocates $281.6 million to finish them, address critical controlled maintenance needs, and improve our information technology infrastructure. This sum includes the second and final installment of $52.4 million for the new driver’s license system at the Department of Revenue.

The entire letter from the governor to the Joint Budget Committee about the FY 2015-16 proposed budget can be found online at OSPB.