‘DeploraBall’ Sells Out in 24 Hours, Clinton Supporters Get Venue to Back Out 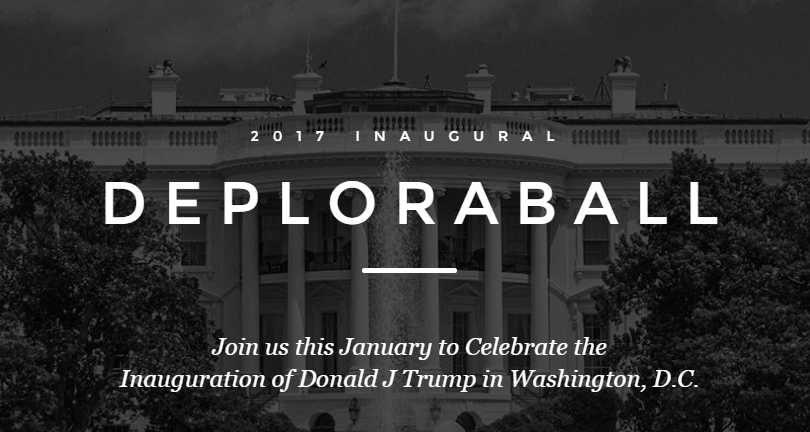 Tickets for the inaugural DeploraBall sold out in 24 hours, but the venue is now refusing to host it after being pressured by whining Democrats on Twitter.

The DeploraBall, organized by MAGA3X, is set to take place on January 19 — and it is sure to be one of the greatest parties of all time. The unofficial inaugural celebration was meant to be a fun and exciting evening for all of the “deplorables” who worked hard throughout the election season — whether on the ground in their neighborhoods or through social media.

“In celebration of this historic event, we will be hosting an Inaugural Ball for the happy warriors who, without byline or book contract, advanced liberty across the country and the world via blogs, social media, guerrilla art, music, video, and good old-fashioned hard work.

This was our election.
We emerged victorious.
This is our Inaugural DeploraBall.”

On Tuesday, the celebration caught the attention of Dan Lamothe from the extremely liberal newspaper The Washington Post.

Supporters of Hillary Clinton immediately began tweeting at the venue, the Clarendon Ballroom in Arlington, expressing their disgust that the establishment would dare to host an “alt-right” event.

The venue claimed on Twitter that they had not spoken to anyone about an event taking place there that evening — which was quickly proven to be untrue.

Mike Cernovich, a popular author and journalist, began tweeting out the proposal documents which were sent to MAGA3X by the Clarendon Ballroom — including the quote that the DeploraBall organizers were provided with.

Here is proposal from @CBallroom for Deploraball. They are refusing to honor the proposal, won't host event. pic.twitter.com/Udvh0c4e1H

“Some still wonder why Trump won, and now you have the answer. We can’t even have a party – open to everyone, including liberals, gays, blacks, Latinos, whites, women, men, trans, and everyone else – without having Hillary supporters harass the venue owner to shut us down,” Cernovich told We Are Change.

The event truly is set to be for everyone, with tickets priced around $30 to make sure it was affordable for all. Private donors and sponsors were set to cover the rest of the cost.

“We sold 500 tickets in just over 24 hours. The good news is that demand far exceeded the venue’s space and thus their refusal to host us is a blessing,” Cernovich continued. “We will find a larger venue and have an even bigger party – the best party all of Inauguration Week!”

The pop artist behind the viral hit “Trumpified,” Scott Isbell, told We Are Change that he has repeatedly been targeted over his support for the president-elect.

“It’s joke that the venue cancelled. I have dealt with so much backlash being a Trump supporter. I have gotten my social media hacked and destroyed by Hillary supporters, received hundreds of death threats, a few of which were so legit that the police and cyber crime team had to get involved,” Isbell told We Are Change.

The event is meant to be a way for people, like Isbell, to be around like minded people to finally let loose and celebrate Trump’s victory without judgement.

“The day after the election I wasn’t even able to go to class because several people sent me death threats that legit stated the name of the college I attend — and that they knew which dorm I lived in,” he continued.

Isbell confirmed to We Are Change that he will be performing at the DeploraBall.

Jack Posobiec, one of the event organizers and the director of Citizens for Trump, confirmed to We Are Change that due to the massive interest in the event, and the ease of ticket sales, the DeploraBall will be moved to a bigger, better, venue.

Previously, Posobiec had attempted to host an event with the Arlington Parks Department — but the permit was rejected. He believes the rejection was also due to the event being in support of the president-elect.

“Hillary voters never get no-platformed. There has been a concerted effort of harassment from businesses, governments, and social media companies discriminating against Trump supporters,” Posobiec told We Are Change.

“This is like refusing to bake a cake for someone because of their personal beliefs,” he continued.

Lol no, guys, we are not going to have Deploraball at the Russian Embassy

Imagine the outcry if a venue cancelled a pro-Clinton event over petulant tweets sent by Trump supporters? The media would cover the liberal tear fest relentlessly — while declaring that only a fascist would refuse service over disagreeing with beliefs.

Regardless, Trump supporters have clearly proven to be a resourceful bunch, and the DeploraBall — for us all — will surely be one that you do not want to miss. 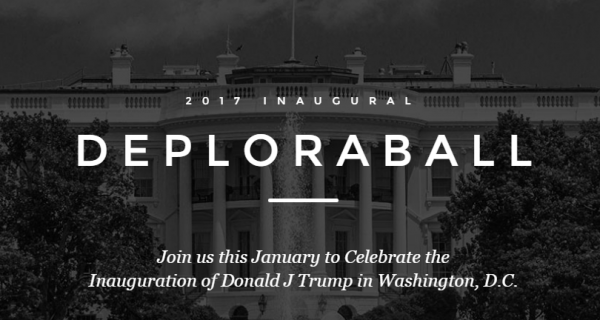