A five-story hotel that was reportedly being used as a temporary Covid-19 quarantine site has collapsed in the southeastern Chinese province of Fujian on Saturday, state media reports.

Emergency crews are frantically working to pull victims, who are apparently either all suspected or confirmed coronavirus cases, from the rubble. “23 people have been rescued as of 9pm local time. A total of 70 people were reportedly trapped under the collapsed building in Quanzhou, Fujian,” China’s People’s Daily reports.

Early video from hotel collapse aftermath shows a large area in which the building is reduced to ruble, with dozens of first responders combing through it.

#BREAKING: A hotel building collapsed in Quanzhou, SE China's Fujian at around 7 pm Saturday, trapping an unknown number of people under it. So far 16 people have been rescued. Rescue work remains underway. pic.twitter.com/rK7tEagQvV

Local media said a total of 70 people were trapped under the rubble, with rescue efforts still underway.

A shocking overhead photograph of the destroyed building shows the building seemed to collapse in on itself and no part of its remains standing. 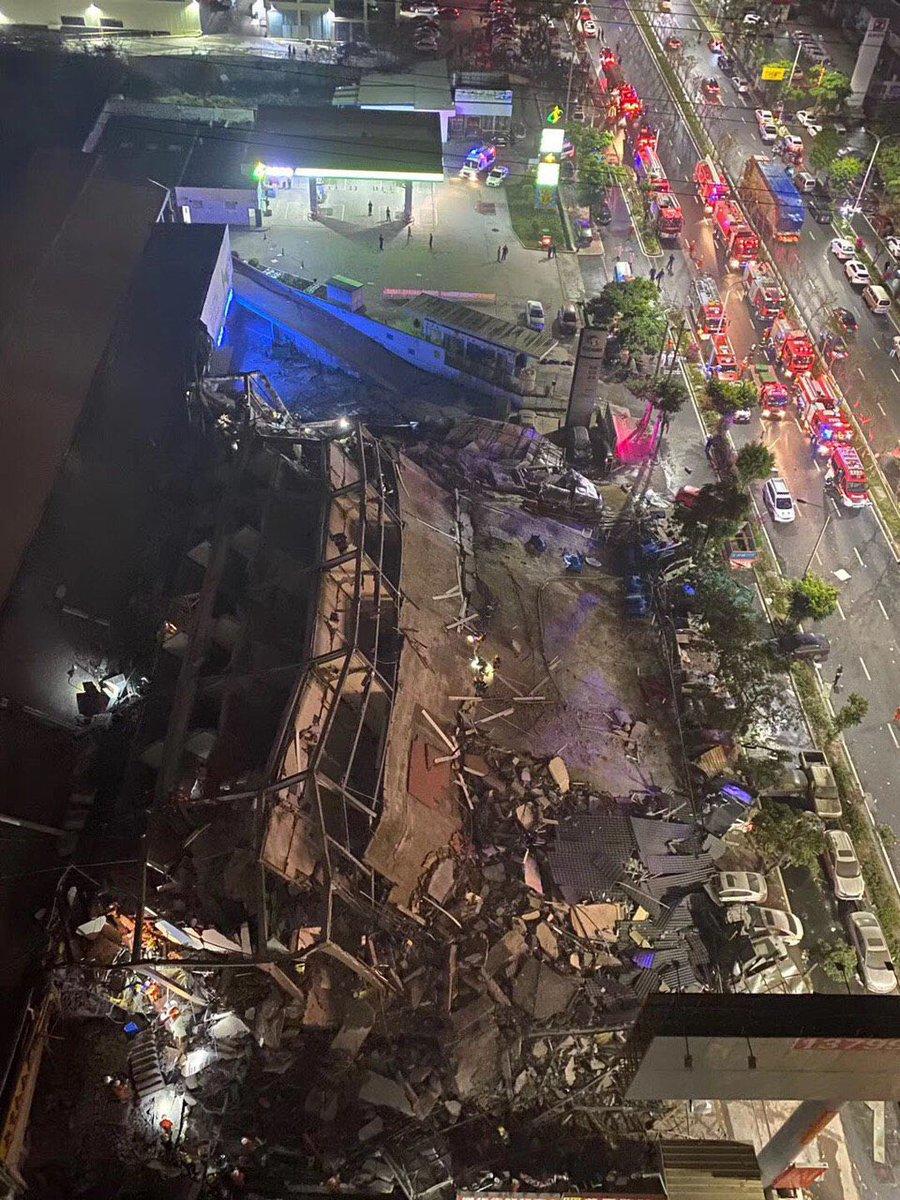 The South China Morning Post has identified it as the Xinjia Hotel in Quanzhou.

Reports SCMP, the hotel “collapsed just after 7pm, according to Mnw.cn, an online news site operated by the official Fujian Daily.”

Pictures posted by netizens on Chinese social media platform Weixin has revealed that the Xinjia Hotel, which is believed to be a #coronavirus quarantine site, has completely toppled down. As of 7.30 pm, 16 people have been rescued, according to Chinese media. pic.twitter.com/ex93XNxzx6

#BREAKING: A five-storey hotel in Quanzhou in the Fujian province suddenly collapses on March 7 evening. Several Chinese media outlets say that the hotel is currently being used as a quarantine site for #COVID?19. About a dozen have been rescued. Internet video. pic.twitter.com/dMIJivGXlI

Casualties are expected to mount in the wake of the tragedy, however, dozens are still trapped under the rubble, with rescue efforts to continue through the night.

Subsequent reports from the scene say at least 28 people have been rescued as of three hours after the hotel’s collapse.