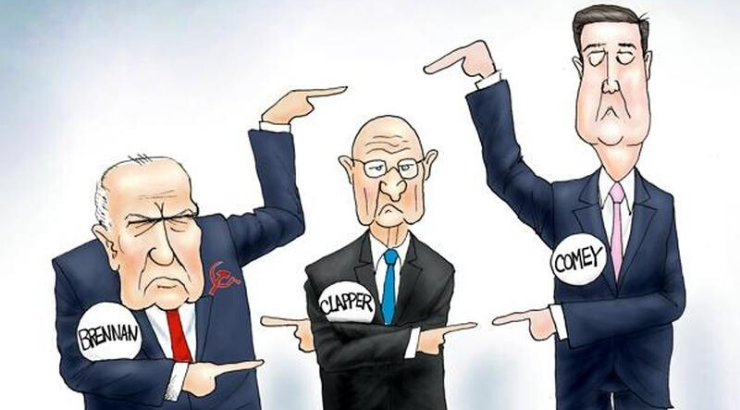 Attorney General William Barr told “The Story with Martha MacCallum” that by the time Trump was inaugurated in January 2017, it had become clear that allegations raised by the FBI against a former Trump campaign aide George Papadopoulos were largely baseless, and that pursuing George Papadopoulos’ “had very little probative value.”

John Durham isn’t just looking at the FBI. He’s looking at other agencies, departments, and private actors. The other agents is cooperating very well. pic.twitter.com/VyM5Wp7VqI

Additionally, Barr admitted, in a very candid (for him) moment, that federal prosecutor John Durham (who is scrutinizing the Russia investigation) “isn’t just looking at the FBI, he’s looking at other agencies, departments, and private actors,” but that “the other agencies are cooperating very well.”

Which is all the more intriguing as, at the same time as his interview aired, The New York Times dropped a bombshell, reporting that, according to three people briefed on the inquiry, Durham’s investigation has begun examining the role of the former C.I.A. director John O. Brennan in how the intelligence community assessed Russia’s 2016 election interference.

Specifically, Durham has requested Brennan’s emails, call logs, and other documents from the C.I.A. (and judging by Barr’s statement that “other agencies are cooperating very well,” we suspect Durham will get what he wants.

Additionally, NYT reports that Durham is also examining whether Mr. Brennan privately contradicted his public comments, including May 2017 testimony to Congress, about both the dossier and about any debate among the intelligence agencies over their conclusions on Russia’s interference.

Of course, NYT is quick to ‘warn’ readers that Durham’s decision to probe Brennan’s actions deeper will “add to accusations that Mr. Trump is using the Justice Department to go after his perceived enemies.” But we ask, just as with Ukraine and the Bidens, is it only ‘not allowed’ to root out corruption if the corrupt is a representative of ‘the other’?

We will let AG Barr respond to that implied problem:

Noting that he has long expressed skepticism that the F.B.I. had enough information to begin its inquiry in 2016, publicly criticizing IG Horowitz’s report released last week that affirmed that the bureau did.

Finally, while Brennan, Clapper, and Comey have rushed to their friends in the corporate media (and their social media echo chambers) to frame their own narratives as to just how much blame, bias, and bad behavior they each undertook… 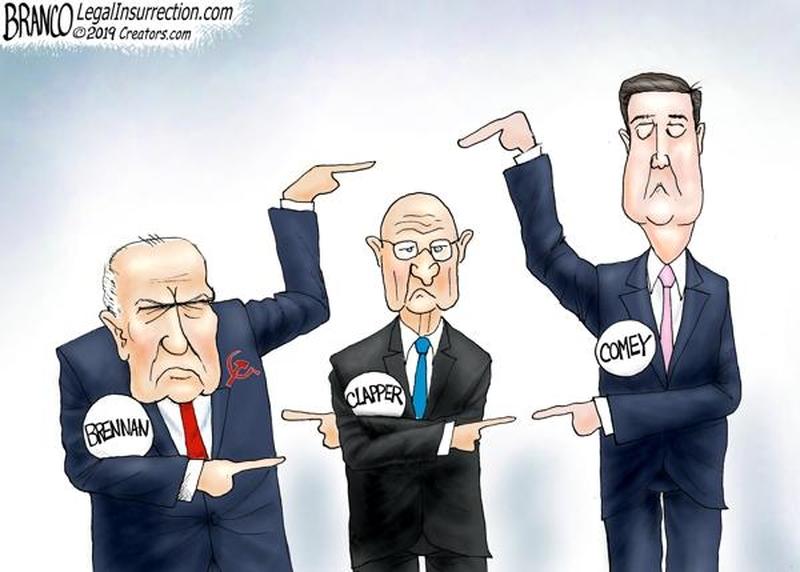 We suspect that if Durham cracks Brennan, he will take everyone else down with him. Maybe Nancy will hand the impeachment articles over at that moment… as a distraction from the real threat to America’s democracy, constitution, and common man.