Now that Elon Musk has taken a nearly 10% stake in Twitter and has become a board member, he has spent his days mostly trolling the social media site…on Twitter.

But if you look closely, Musk’s “trolling” also appears to be moving the ball for positive change forward at the social media company – Musk is a force large enough that Twitter must pay attention to him; something that the social media site has never had to deal with in the past (although it certainly has needed it).

Musk’s comments about Twitter over the last 24 to 48 hours have ranged from borderline ridiculous to honest attempts at improving the company. Either way, it appears like Musk is just trolling, too. For example, on Sunday morning, Musk put up a poll asking whether or not he should “Delete the ‘w’ in Twitter”, which would make the social media app’s name “Titter”:

During the weekend, Musk fired several shots across the bow at Twitter, even embracing a conversation with “The Big Short” protagonist Michael Burry, who has been famously critical of Tesla, in order to join forces against Twitter.

When Burry complained that his blue check mark had been removed after putting up a post about President Biden, Hunter Biden and stating that Elon Musk buying enough shares to control Twitter would be “good for America”, Musk responded in jest:

“You will get it back, even though you shorted Tesla, you bastard”

You will get it back, even though you shorted Tesla, you bastard ?

On Saturday, Musk posted a Twitter poll that asked whether or not he should convert Twitter’s San Francisco headquarters into a homeless shelter since “no one shows up anyway”:

Musk had also Tweeted out numerous random suggestions for the social media site, in addition to lobbing critiques at it, over the weekend.

“Everyone who signs up for Twitter Blue (ie pays $3/month) should get an authentication checkmark,” Musk wrote on Saturday. “Price should probably be ~$2/month, but paid 12 months up front & account doesn’t get checkmark for 60 days (watch for CC chargebacks) & suspended with no refund if used for scam/spam,” he continued, Tweeting directly at Twitter’s CEO.

That Tweet followed scores of other Tweets talking about ways to implement an edit feature.

There was uncharacteristic radiosilence out of Twitter early last week following the news that Elon Musk had accumulated his stake with the clear intention of making substantive content changes in what has become a platform ruled by snowflakes, for snowflakes.

“Looking forward to working with Parag & Twitter board to make significant improvements to Twitter in coming months!” Musk wrote on April 5.

We’re looking forward to it too, Elon.

Let’s do another live check at the few employees left at Twitter HQ: 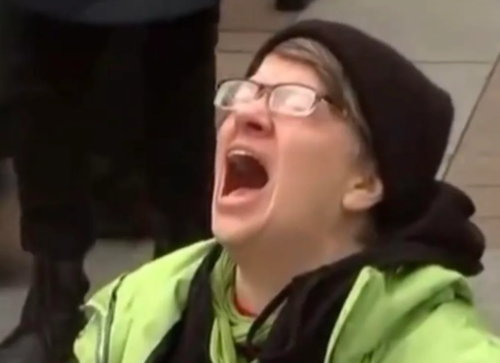