On Thursday morning, footage of a bizarre cloud formation over Alaska’s Lazy Mountain sparked a tweetstorm as people searched for answers.

“The Russians?” Aliens?!” “Plane crash?” People were stunned by the vortex-like cloud posted on Twitter and across all social media platforms. 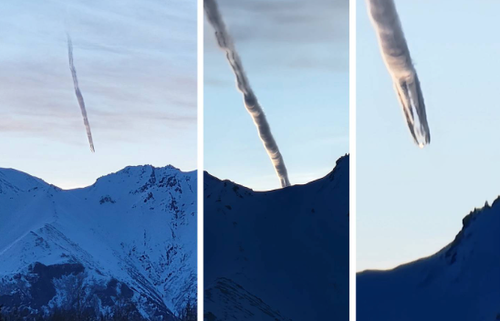 “There have been no reports of overdue aircraft or ELT activations indicating an aircraft crash.

“A rescue team on a helicopter flew a mission around the Lazy Mountain area this morning and located nothing suspicious and there were no signs of crashed aircraft,” Alaska State Troopers said.

Others posted similar photos and speculated it could’ve been a rocket launch, a meteor, or even a volcano. 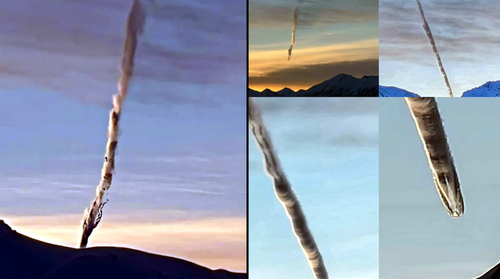 After Alaska State Troopers flew a reconnaissance mission in the area, they found nothing. Officials eventually revealed the bizarre cloud was a contrail for a commercial jet.

“Further investigation revealed that a large commercial jet was flying in that area around the time that the photos and video were taken. The aircraft was contacted and reported normal flight operations on its way to JFK airport in New York. Troopers believe that the photos and videos showed a contrail from the commercial jet combined with the rising sun which together caused the unique atmospheric sight,” the statement read.

Even though officials offered their explanation, some on social media are skeptical that the crazy vortex cloud could’ve been something else.