Epstein Trafficked Girls in 2018 as Young as 11 to Pedophile Island: Lawsuit by Virgin Islands AG 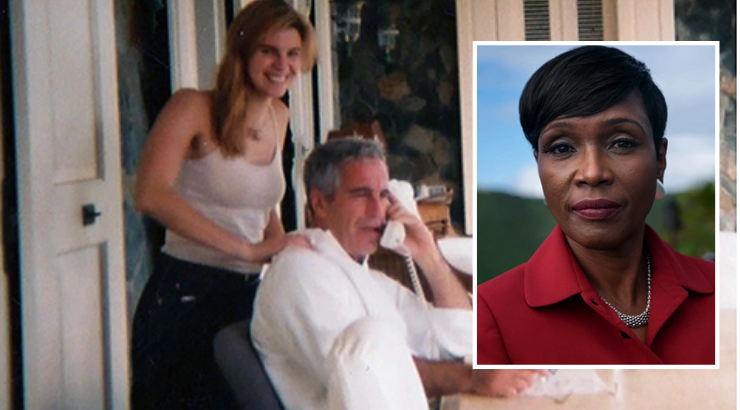 Jeffrey Epstein trafficked and sexually abused girls as young as eleven years old, as recently as 2018, according to a new lawsuit filed against the late pedophile’s estate by Virgin Islands Attorney General Denise N. George.

The lawsuit claims that girls as young as 11 and 12 were brought to his private estate in the Virgin Islands, known as Little Saint James (or simply ‘pedo island’) – where former President Bill Clinton and other high-profile guests reportedly vacationed, according to several Epstein accusers.

Epstein kept a computerized database to track the availability and movements of his victims, according to the New York Times.

The lawsuit, which was filed by Denise N. George, the attorney general of the Virgin Islands, broadened the dimensions of the wrongdoing in which Mr. Epstein was said to have engaged. He had been charged by Manhattan prosecutors in July with sexually exploiting dozens of women and girls in New York and Florida, but they did not point to any actions beyond 2005.

In August, Mr. Epstein hanged himself at the Metropolitan Correctional Center, where he was being held awaiting trial on federal sex trafficking and conspiracy charges. Prison guards had not checked on him for hours on the night he died, and the circumstances surrounding his death are now the subject of at least three federal investigations. –New York Times

The new accusations draw from both independent investigations by George’s office as well as court documents from cases across the country, and allege that Epstein ran a decades-long sex trafficking scheme which had a “primary nexus in the Virgin Islands,” according to the report.

George’s lawsuit seeks the forfeiture of Little Saint James as well as Great Saint James – an adjacent island Epstein also purchased, as well as several shell companies he established in the territory which were alleged fronts for his sex trafficking. According to local law, the Virgin Islands can recover any assets from the estate – which may be distributed among Epstein’s victims. 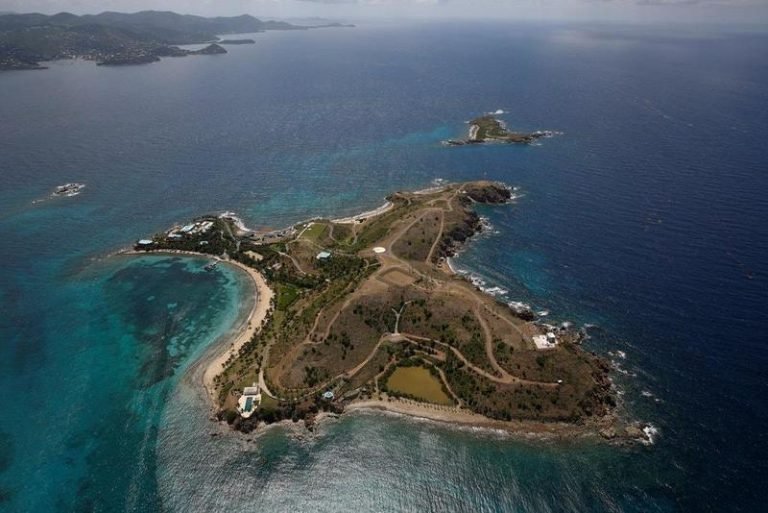 “We don’t have a long history of figuring out what to do in cases of human trafficking,” said Bridgette Carr – director of the Human Trafficking Clinic at the University of Michigan Law School, and was consulted by George’s office regarding the lawsuit. “I think this litigation and the courts are just trying to come up with the best, imperfect solution.”

As recently as July 2018, Mr. Epstein refused to permit an investigator from the Virgin Island’s Department of Justice to enter Little Saint James, claiming the island’s dock was his “front door,” according to the lawsuit. The investigator was doing routine monitoring of Mr. Epstein because he was a registered sex offender.

Mr. Epstein used a ring of associates to rotate the women and girls in and out of sexual servitude, using fraudulent modeling visas to transport them across state lines and international borders, the lawsuit said. He tracked their availability and proximity using the database, court documents said.

Prosecutors in New York have said their investigation has continued and anyone who helped Mr. Epstein could face criminal charges. –New York Times

In one instance cited in the lawsuit, one young Epstein victim tried to escape the island – swimming away after she says she was forced to engage in sex acts with one of his co-conspirators. She was later found and held hostage on the island after he confiscated her passport, according to the report.

The lawsuit also accuses Epstein of illegal construction projects on Great Saint James, causing extensive damage to native coral and wildlife. Moreover, Epstein’s executor, Darren K. Indyke, is accused of engaging “in a course of conduct aimed at concealing the criminal activities of the Epstein enterprise” by turning the estate into a vast victim’s compensatory fund – which would impose confidentiality on any claimants.