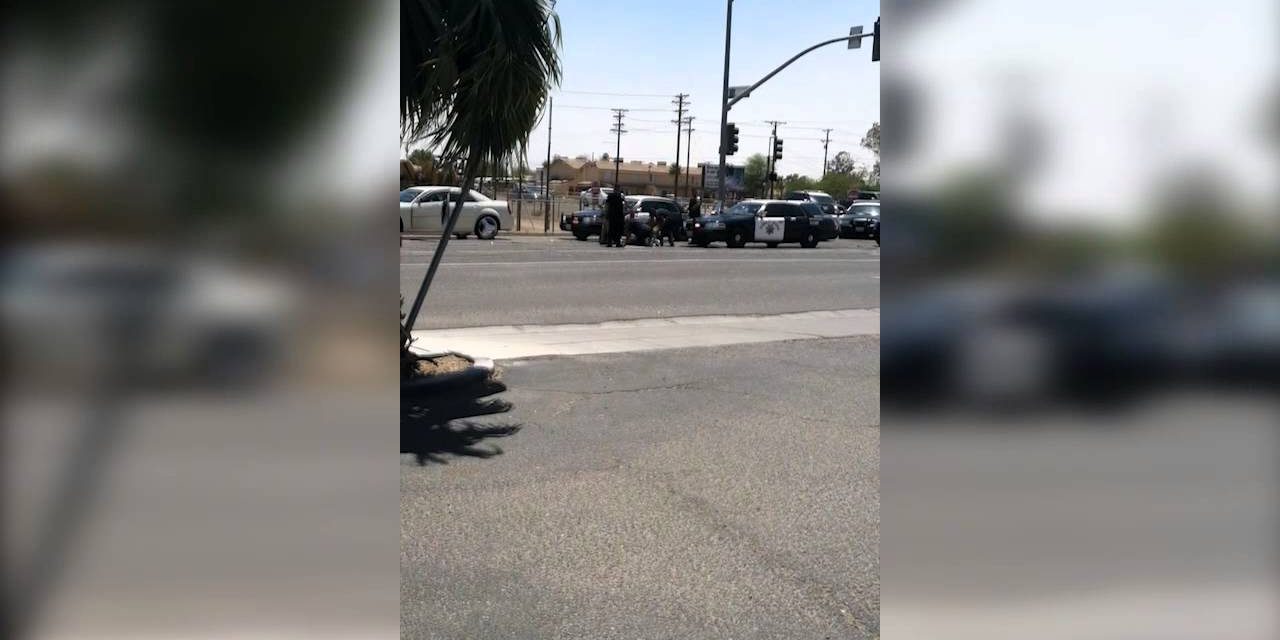 Tommy Yancy, 32, father of two, was savagely beaten to death by five law enforcement officers during a routine traffic stop near the city of Imperial last Sunday, on Mother’s Day. Yancy, a veteran who suffered from PTSD, served in Afghanistan and Iraq in the 259th Field Service Unit following the 9/11 attacks.

Yancy was stopped on his way to the store after a highway patrol officer spotted a missing front license plate on his vehicle. He was subsequently pulled from his car and attacked by a police K-9 unit, hit by a taser, and attacked by five officers until he succumbed to the beating and died. A witnessed, who filmed the incident, can be heard screaming on the recording: “How long before you guys call an ambulance? Call an ambulance!” According to the source of the video, who asked not to be named, his family has not been permitted to see his body, nor have they been given a cause of death.

A close friend of Yancy described him as “shy, and a comedian” and told me, he was an “excellent dad, who kept in contact with his army buddies every week.” He also enjoyed basketball and loved hip-hop music. His sister-in-law, Jaqueline Hernandez, described him to me as “a very loving guy, loved his kids to death… they were his everything. Very funny down to earth guy, and loved by all”.

Officers claim Yancy swung at an officer and attacked the K-9, however, near the end of the video, posted to YouTube on May 12 (https://www.youtube.com/watch?v=ZoqvXS7MDJg&app=desktop), police are seen attempting to revive Yancy while a witness states, “All of this for one guy who wasn’t even resisting arrest,”. The officer is said to have received no serious injuries.

Deputies with the Imperial County sheriff’s department were involved in another shooting last month, which took place on April 18. A teenager, Adrian Parra, was killed by multiple gunshot wounds. An honor roll student from Coachella Valley High School, Parra was described by loved ones as “a good person with great goals in mind.” The Sheriff’s department has refused to reveal whether or not the shooting was captured by one of their patrol car’s dashboard cameras. Two officers involved in the shooting were placed on administrative leave, but have since returned to their duties.
(http://www.kmir.com/story/25408967/family-wants-answers-after-teenager-killed-by-officers)

Do we have another Albuquerque on our hands, or is this just a systematic wide spread problem that is under reported in most instances? Hint- its the latter.

Its time to demand the demilitarization of police and for them to be held accountable for their actions. We have become complacent and conditioned to accept brutality as normal mode of operation. “They are just doing their jobs”, “They need to get home to their families”, “Its dangerous!”, yet a report put out by the National Law Enforcement Officers Memorial Fund highlights that 2013 has had the “Lowest Level of Law Enforcement Fatalities in Six Decades” http://www.nleomf.org/assets/pdfs/reports/2013-End-of-Year-Preliminary-Report.pdf

So why is police violence escalating?

We read stories about a teenager with down syndrome being beaten in front of a crowd, a man who called the police to report his sons suicide being brutalized by the same police he turned to for help, and watch the video of Kelly Thomas being horrifically murdered while pleading for his life… But what do we do? We hit share, maybe retweet, shake our heads at the sad state of affairs and move on with our days. We are allowing this.