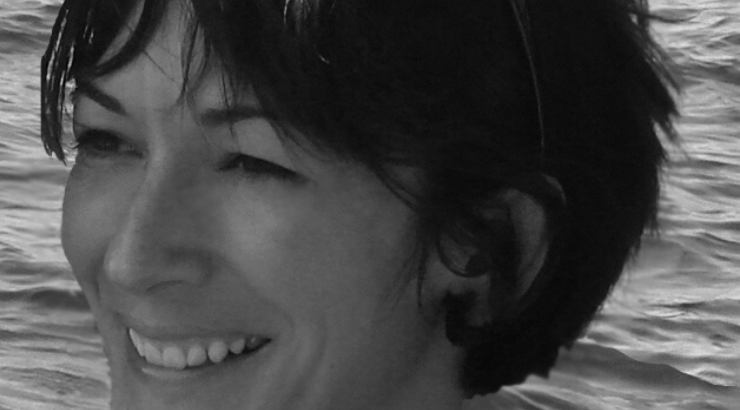 The former girlfriend of convicted pedophile Jeffrey Epstein believes she can dodge prosecution in the elite pedophile ring she is alleged to be a part of because she has “serious dirt” on powerful people, a friend of British socialite’s family told the Sun.

Ghislaine Maxwell has long been accused of procuring underage girls for her boyfriend and their wealthy friends but has, thus far, evaded prosecution.

The Internet has appeared to be far more concerned with Maxwell’s whereabouts than authorities, especially after Epstein allegedly killed himself at the Metropolitan Correctional Center in New York City on August 10.

In August, the Daily Mail reported that Maxwell was hiding out in New England at the home of her wealthy boyfriend, Scott Borgerson. However, Borgerson disputed that claim.

Around the same time, the New York Post released the first photo of Maxwell in three years in which she appeared to be sitting at an In-n-Out Burger, sparking numerous theories as to her whereabouts. Shortly after, however, the Daily Mail concluded that the photo was staged by her friend, attorney Leah Saffian.

And now, the Sun is reporting inside information from Maxwell family friend, Laura Goldman, a former stockbroker who was involved with both Epstein and Maxwell before severing their relationship after Epstein’s 2008 arrest. It remains to be seen if this inside information will soon be proven or alleged to be false, throwing those following the case, once again, into darkness when it comes to Ghislaine Maxwell’s current status.

According to Goldman, Maxwell is currently in hiding but actively texting wealthy and well connected friends whom she is “totally convinced” will be able to protect her.

Goldman told the Sun on Monday:

“Ghislaine and her sister Isabel remain totally convinced that she’ll escape any criminal convictions and will eventually clear the family name and return to high society once the dust has settled.

She has wealthy connections who hide her and even pay some legal fees. She can stay out of the public eye as long as she wants.”

The British socialite responsible for introducing Jeffrey Epstein to Prince Andrew is reportedly “so confident that she’ll be back that she’s still texting friends in different social circles while she’s in hiding.”

According to Goldman, Maxwell “doesn’t think that she did anything wrong.”

“She obviously has some serious dirt on someone to be so sure of herself in the circumstances.”

In November, Goldman told the Sun that the well connected 57-year-old Brit is “sex-obsessed” and was once “head over heels in love” with disgraced billionaire Jeffrey Epstein.

Of her former boyfriend’s death, Goldman claims Maxwell was “more relieved than anything” because “he couldn’t turn on her.”

Ghislaine Maxwell is the daughter of the late Robert Maxwell, a wealthy businessman who worked for Israel’s Mossad. She is currently being investigated by the FBI as a potential enabler who “facilitated” Epstein’s disturbing crimes.