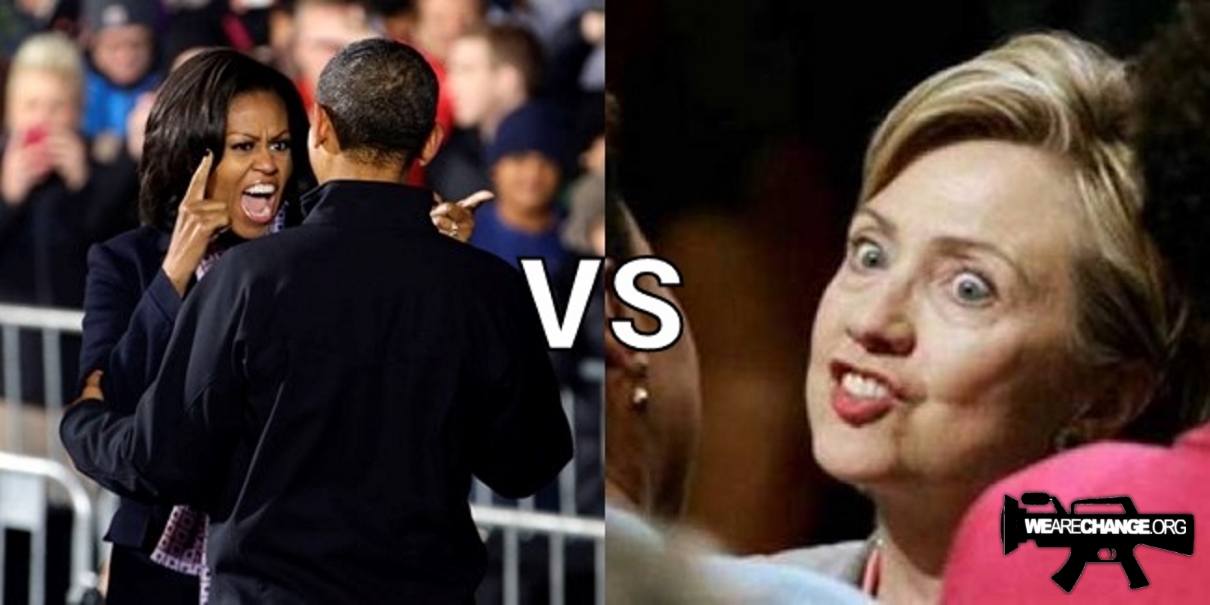 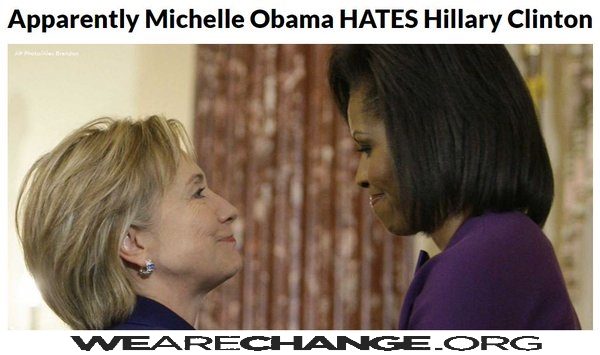 Michelle has apparently refused to invite Hillary and former President Bill Clinton over to the White House for dinner due to built up animosity over the 2008 primary election between then-Senator Obama and Hillary.

“Michelle’s feelings towards Hillary were blatantly obvious when no couple dinners were scheduled at the Obama White House while Hillary was secretary of state and frequently meeting with the President,” reports The Daily Mail UK.

Brower’s book says that relationships between First Ladies can often be warm and sorority-like, while some are rivalistic, “fraught with hurt feelings and resentment, like that between Hillary Clinton and Michelle Obama.”

“The 2008 presidential campaign left deep and lasting scars on both the Clinton and the Obama camps, and they are still shockingly fresh,” writes Brower. Apparently, Michelle is still miffed that Hillary dared mock her husband’s (failed) message of “Hope and Change.”

For example, at a 2008 campaign rally in Ohio, Hillary ridiculed Obama: “The sky will open, the light will come down, celestial choirs will be singing, and everyone will know that we should do the right thing, and the world would be perfect.”

The First Lady is no fan of Bill either: “When Michelle Obama views the Clintons, I don’t want to say she’s looking down her nose at them – but she kind of is,” a former Obama advisor told Brower.

The Clinton inner-circle seemingly feels the same underwhelming sentiment for Michelle, specifically as a First Lady: “Those Clinton acolytes also suggest that ‘Michelle has not done enough as first lady’ and has failed to prioritize funding for some programs that subsequently lost their federal support,” notes The Daily Mail UK.

One of the programs not taken up by Michelle was “Save America’s Treasures, a program that Hillary started to help preserve and protect historic sites, arts and published works and was lovingly carried on by Laura Bush, the next first lady.”

Mrs. Obama “felt no such obligation to those treasures and let the program dissolve.”

Michelle is reportedly unhappy as First Lady, too, once telling Late Show host Steven Colbert that she looked forward to the day she could escape “the watchful eye of the Secret Service.”

Further, Mrs. Obama shut down the idea of becoming too politically involved, explaining that being submersed in policy would bore her.

“The notion of sitting around the table with a set of policy advisers – no offense – makes me yawn,” she said.

The First Lady has instead become deeply passionate about fashion and famously campaigns for the “Let’s Move” initiative intended to end childhood obesity by monitoring youngsters’ food choices.

Evidence of a cold, even hateful relationship between Michelle and Hillary comes as no surprise. The former secretary of state and President Obama have had a suspect relationship for years, only becoming warmer publicly in recent months as Hillary is under federal investigation and running for president, and Mr. Obama is doing everything in his power to buildup and strengthen his legacy.