Vaccination passports are being called the new “golden ticket” needed for global travel – and the hospitality industries that benefit – now that the recovery is on its way.

Countries like Greece, who get a sizeable share of their country’s GDP from tourism, are looking forward to welcoming back visitors. Greece will re-open itself to visitors on May 14, Bloomberg noted last week, but will require either a vaccination, proof of recovery from the virus of a negative test before departing for the country.

Those who require tourism for their livelihoods are ready to move on. Rental boat operator Panagiotis Mastoras said: “It’s the safest way. We’ve reached a point where it can’t go on like this.”

Greece is leading the way in pushing for vaccine passports – usually taking the form of certificates or digital cards – an idea that is also catching on in tourist nations like Thailand and the Caribbean. For businesses who rely on tourism, the “passport” is seen as a “route to salvation”, the report notes. 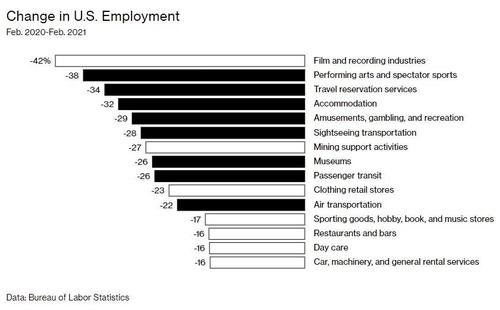 Air travel could win up losing $95 billion in 2021 after 2020’s worst year on record. As a result, airlines are following suit in supporting ideas that can get people traveling again.

“We’re pinning our hopes on the vaccines and the Covid pass,” hotel manager Jorge Marichal, who operates in the Canary Islands, said.

Jeffrey Goh, who heads the Star Alliance of 26 carriers including Air China, Deutsche Lufthansa, Singapore Airlines, and United Airlines Holdings, told Bloomberg: “There has been a lot of advocacy, but the execution has been sorely lacking.” He believes a single set of standards needs to be developed for most major carriers and countries.

Singapore Airlines and Qatar Airlines have both started trials of passport apps, while Carnival Cruiselines has said no one can board its ships without proof of vaccination. American Airlines has started experimenting with the VeriFly app (as has Hyatt Hotels) and United has developed its own app that allows passengers to upload their vaccination records.

In the EU, on March 17, a “Digital Green Certificate” was given the green light. It could take up to 3 months before it is implemented and can be used.

But the devil is in the details. Aside from the obvious critique of globalization and overreaching government and corporations getting their noses in your medical records, the vast array of vaccines – some of which have been approved in limited amounts of counties – could make it tricky to determine who is “safe” to travel and who isn’t. The passports are also simply unfair, as they “would inevitably favor the inhabitants of richer nations over poorer ones where the distribution of shots has barely begun,” the report notes.

Bill Barnett, founder of hospitality consultants C9 Hotelworks Co., thinks the damage is psychological, more than anything: “It’s a case of needing to win over hearts and minds. There’s still a fear factor out there.”

And the Virginia-based Global Business Travel Association, which oversees more than $345 billion, has simply said that the White House should resist any moves that further cripple air travel.