Huma Abedin: Clinton ‘Still Not Perfect in Her Head’ 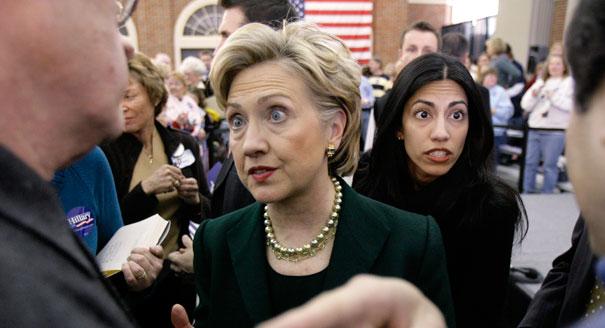 In another email exchange from the Clinton campaign published by Wikileaks on Tuesday, top aide Huma Abedin admits that the former Secretary of State is “still not perfect in her head.” 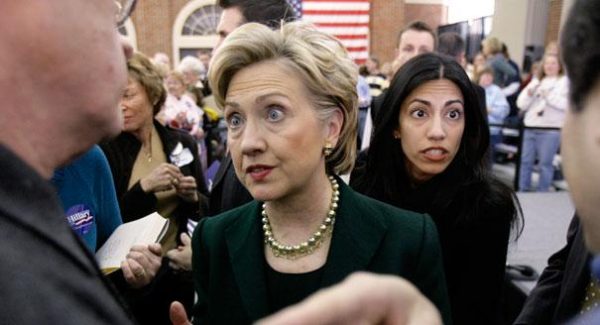 The cryptic statement regarding the candidate’s cognitive difficulties came during an exchange between Abedin and Clinton’s chief strategist Joel Benenson on April 21, 2015 — just one week after the candidate began her campaign.

The email chain, which also included John Podesta, Jim Margolis, Jennifer Palmieri, Robby Mook, and other staffers, discusses tactics to use while questioning finance violations involved in Jeb Bush’s use of Super PACs.

“If she feels need to address Jeb q directly – would suggest the pivot of ‘I will leave commentating on campaign tactics to others, but I am very concerned about the dark money in politics and have to get rid of it once and for all,” Palmieri stated.

“Stronger than ‘I am very concerned’,” Benenson suggests. “I will leave commenting on campaign tactics to others. What I have made absolutely clear is that corporate money and secret money have no place in our democracy and we should get rid of it once and for all.”

“She’s going to stick to notes a little closer this am, still not perfect in her head,” Abedin wrote.

In 2012, Clinton suffered a serious concussion during a fall. The former First Lady had become seriously dehydrated with an intestinal infection, fainted, and hit her head. The fall cause a blood clot inside of her skull — a condition which can cause permanent brain damage, comas, or even death.

Speculation about Hillary Clinton’s health has been a massive focus of this election season after questions were raised by popular author Mike Cernovich and Paul Joseph Watson. The duo successfully promoted several viral hashtags regarding the candidate’s physical state, which the mainstream media dubbed “conspiracy theories.”

Shortly after multiple hit-pieces were written about Cernovich and others who had dared to question her health, Clinton was caught on camera collapsing at the 9/11 memorial.