Hunter Biden: Laptop “Certainly” Could Be Mine 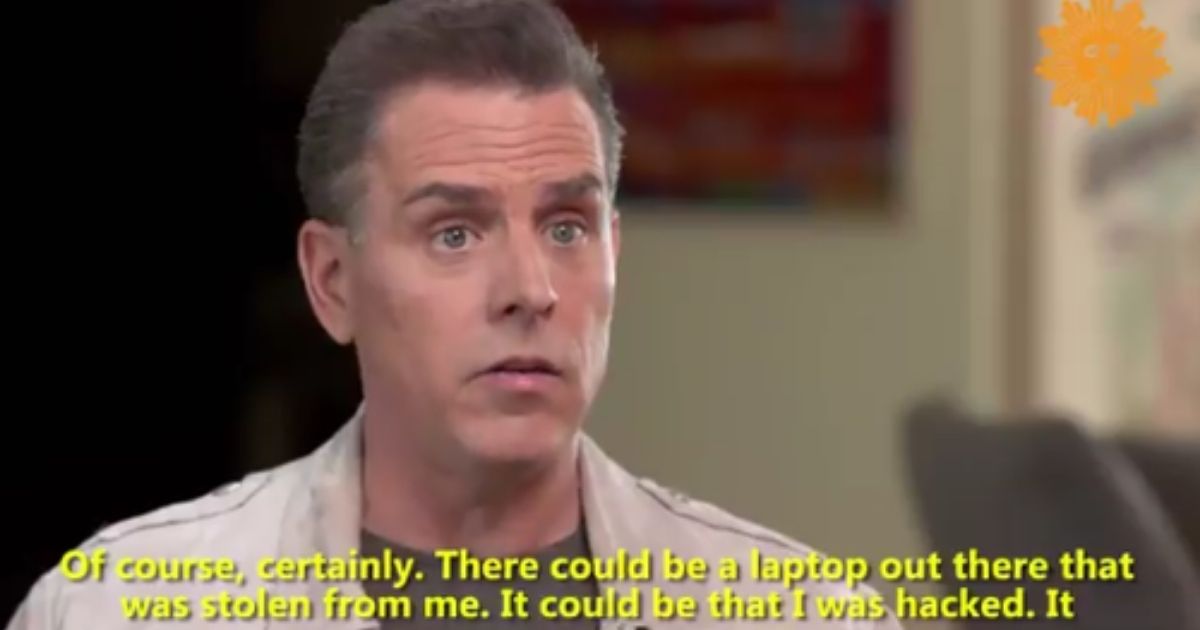 Hunter Biden admitted in a Friday interview that the infamous “laptop from hell” which contained explosive evidence of shady business dealings and a trove of sexual material – some of it allegedly underage – “absolutely” could belong to him.

Sitting down with CBS‘s “Sunday Morning,” Hunter – the ‘smartest guy’ President Biden knows – was asked a “yes or no” whether a MacBook Pro dropped off at a Delaware computer repair shop in April 2019 was his, according to the New York Post – which was banned from Twitter for more than two weeks last October for simply reporting on the laptop. 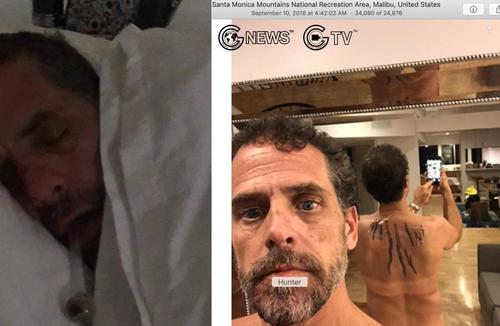 When asked whether it could have belonged to him, however, Hunter said: “Absolutely.”

Months after it was alleged that a laptop revealed Hunter Biden's business interests in China and Ukraine, the president's son tells Tracy Smith that the laptop "could be" his

Watch the full interview this weekend on #CBSSunday pic.twitter.com/DhtY5IcPeg

The laptop – while allegedly containing inappropriate photographs of young women – revealed that President Biden lied when he said that he had no knowledge of Hunter’s business dealings – and was in fact involved with them.

In the final months of the heated 2020 presidential race, The Post revealed a trove of emails from Hunter Biden’s laptop that raised questions about his then-candidate father’s ties to his son’s foreign business ventures, including Burisma, a Ukrainian natural gas company linked to corruption.

The emails revealed that the younger Biden introduced a top Burisma executive to his father, then vice president, less than a year before the elder Biden admittedly pressured Ukrainian officials into firing a prosecutor who was investigating the company.

The never-before-revealed meeting is mentioned in a message of appreciation that Vadym Pozharskyi, a Burisma board adviser, sent Hunter on April 17, 2015. –New York Post

The laptop, which was protected by the password “Hunter02” according to the Daily Mail, was considered a national security nightmare.

The material, none of which was encrypted or protected by anything as basic as two-factor authentication, includes:

And according to Rudy Giuliani, there were disturbing, underage photographs of young girls found on Hunter’s laptop which were turned over to police in New Castle County, Delaware.

That was troubling in and of itself, but then there was one that was straight out-and-out child pornography. Just straight – I mean, as [Justice] Potter Stewart once described pornography as ‘you can’t define it, but you know it when you see it.’

Well, you know this when you see it.

We also knew what our obligations were because Bernie [Kerik, a senior VP at Giuliani Partners and former interim Interior Minister of Iraq after Operation Iraqi Freedom] had been a policeman, and I had been an assistant US Attorney and a Mayor. As a public official, had I seen that, I’d have to report it. I’d be a mandatory reporter as are medical people. When you see child pornography, or you see evidence that we also saw in the text messages and emails of an unsafe environment for the children.

Considerably unsafe environment for the children. Again, I will not go into detail as to why. That’s for the Delaware police.”

The laptop also contained videos of Hunter smoking crack and engaging in sex acts with an unidentified woman.

Still no word from Hunter on who the “big guy” is…