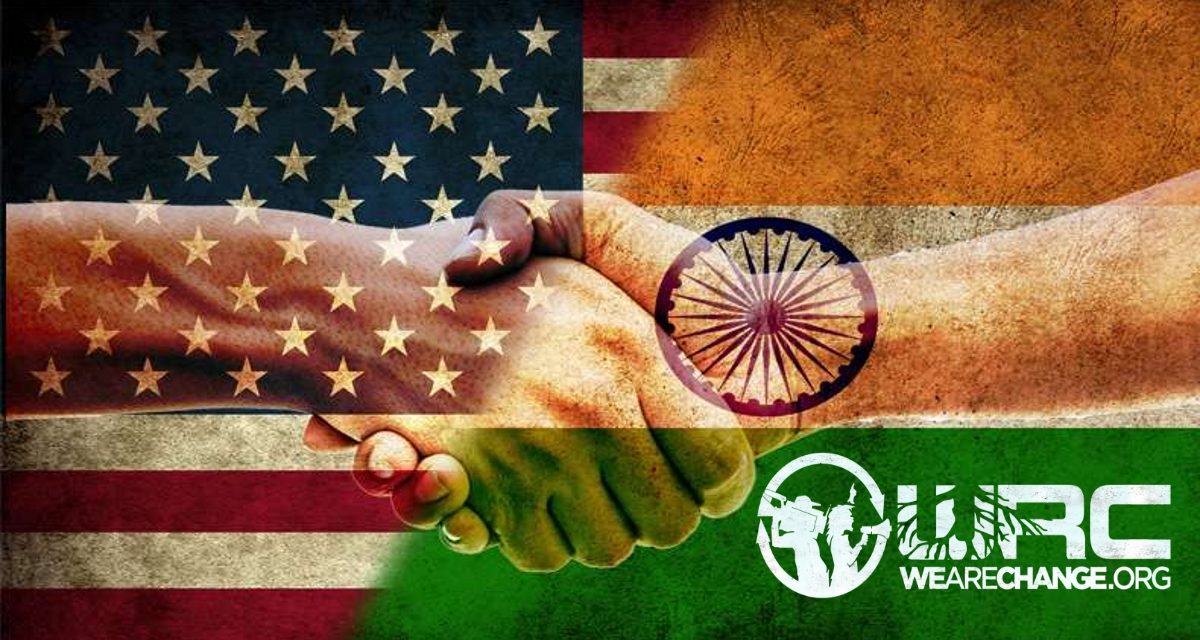 Is India going to align with the US against China and Russia? India’s recent moves are putting India’s multi-polar commitment in doubt and raise questions about whether India has defected to the US’s unipolar system.

India used to be universally acclaimed for being a multipolar pillar in the emerging world order.  The country played a pivotal role in BRICS and in the larger globally transformative processes that are currently underway.

Historically as one of the founder members of the Non-Aligned Movement India has been respected for its wise pragmatism and its ability to engage any partner on a win-win basis.

India now looks ready to abandon its geopolitical traditions.  It seems to be starting a new foreign policy trajectory openly siding with the US against China in the New Cold War.

Prime Minister Modi has made a series of moves over the past month which show that India’s strategic calculations have radically changed since US Secretary of Defense Ashton Carter visited the subcontinent last month.

In this article I shall discuss the elements of India’s anti-Chinese pivot, with an emphasis on the “Logistic Service Agreement” and the consequences of the Azhar-Isa affair.

In a subsequent article I shall discuss the long-term consequences if India continues to abide by its new policies and how this will lead unavoidably to an intensified Chinese-Indian Cold War encompassing the ASEAN, Himalayan, and Central Asian theatres.

I will also look into the global stakes and how India by its realignment with the US may inadvertently be on the cusp of sabotaging the successes the emerging multipolar world order has managed to make up to this point.

In the course of only a single month, India has surprised the world by radically pivoting to an anti-Chinese policy that has Washington’s “Lead From Behind” fingerprints all over it.

Whilst this visit was presented as a “routine visit” by most media outlets, Ashton Carter’s comments about the emerging US-Indian Strategic Partnership, which he predicted “will define the 21st century”, attracted a lot of attention.

Underpinning the rhetoric is the so-called “Logistic Support Agreement” (LSA) the US and India are currently negotiating with each other.  This is essentially a blend of the “Host Mission Support Agreements” that NATO has concluded with Finland and Sweden and the transit agreement that NATO has recently agreed with Serbia.

Reuters quotes US military officials as saying that the LSA “would allow the two militaries to use each other’s land, air and naval bases for resupplies, repair and rest”.

What that means in practice is that the US has effectively acquired the right to deploy full-spectrum rotational forces anywhere throughout India on a preplanned case-by-case basis in order to “contain China”.

Although not yet signed, Ashton Carter’s major achievement was that the two sides agreed “in principle” to conclude negotiations for the LSA in the near future.  It is believed that only the amount of financial compensation and other related technical details remain to be agreed before the deal enters into force presumably later this year.

In parallel with the LSA, the US announced that it would assist New Delhi to build its first domestically built aircraft carrier.

Ashton Carter revealed during his visit that the US will share state-of-the-art technology with its Indian counterparts, thus substantially deepening the emerging alliance between them.

It is an open secret that India’s navy will be used to “contain” China in the Indian Ocean Region.  The unprecedented level of naval cooperation between the two sides therefore has to be seen through the geopolitical prism of this shared objective to “contain” China.

If symbolism has any meaning, it’s also important that the Indian Defense Minister invited Carter onto India’s premier aircraft carrier, the INS Vikramaditya.

Not only does this demonstrate India’s willingness to show the world just how good its relations with the US are right now, but it is also significant that this was originally a Russian-built ship making this a strong signal that India is diversifying its military-technical relations towards the West at the expense of its traditional Russian partner.

Raw data provides the proof.   Although Russia still provides the bulk of India’s weapons, the US has recently edged it out, becoming in recent years India’s largest vendor, indicating that Russia is gradually losing its strategic position in the Indian market.

Inviting Ashton Carter to step onto the deck of a Russian-built aircraft carrier rubs salt into the Russian defence industry’s wounds.

I have previously discussed this event in detail in an article for the Moscow-based Katehon think tank.

Briefly, India extended a visa to Dolkun Isa, one of the most notorious “political” figures providing political cover for the Uighur terrorist movement. China had earlier accused this person of supporting terrorism and Interpol has a “red corner notice” on him. He was nonetheless invited by the Indian government to attend a broad gathering of anti-Chinese separatist and regime change groups hosted by the US-based “Initiatives For China/Citizen Power For China” – widely acknowledged to be CIA front organisation.

Just about all of the other anti-Chinese groups that were supposed to attend this conference – which included Tibetan, Xinjiang, Inner Mongolian, and “pro-democracy” groups – are also US-based and are equally hostile to the Chinese authorities.

The unavoidable conclusion is that India intentionally collaborated with the US to host US proxies in Dharamsala – a location provocatively close to the Chinese border.

The Indian media justified all this in articles heavy with nationalist rhetoric that argued that the visa was extended to Dolkun Isa because China had previously stonewalled India’s UN proposal to put accused Pakistani-based terrorist Masood Azhar on a UN terrorist list.

In my previous Katehon piece I pointed out that India – more so than any other country – knows China cannot interfere in a bilateral dispute between Pakistan and India and certainly cannot appear to side with India in a dispute of this sort.  I explained that New Delhi only brought up this issue in order to justify its decision to host a gathering of anti-Chinese separatist and terrorist groups in Dharamsala.

Though India eventually cancelled Dolkun Isa’s visa, since New Delhi still allowed the conference to take place this has the look of a classic bait-and-switch exercise.

The US-based “Initiatives For China/Citizen Power For China” umbrella group now favoured by India is also distinctly anti-Russian.  It previously organized a conference lobbying for the passage of the extra-judicial so-called “Global Magnitsky Bill”. It even prioritizes this Bill as its third most important project behind the “Tiananmen Massacre Memory of World Registrar” and “Finding 2 Tank Men” ahead of its “Hong Kong Occupy Central” movement.

By hosting this anti-Chinese organisation Indian Prime Minister Modi’s government was also hosting an anti-Russian organisation, making this look like a subtle anti-Moscow message as well as an open anti-Beijing one.

The Azhar-Isa affair exploded shortly after Ashton Carter’s visit.  Ashton Carter almost certainly discussed this affair in some way with his Indian hosts during his visit probably with a view to providing future ‘situational justification’ for the LSA and for the deployment of American air, sea, and land forces in India next to China’s Tibetan and Yunnan borders.

Hostility Towards The New Silk Road

India has been visibly upset ever since China announced last year that it would build the $46 billion China-Pakistan Economic Corridor (CPEC) through Pakistani-administered Kashmir.

India’s media and academic community have issued mild condemnations of this over the course of the previous year.

New Delhi however has now stepped up its criticism after Ashton Carter’s visit with Colonel SD Goswami, a spokesman of India’s Udhampur-headquartered Northern Command, saying that “The government has conveyed its concerns to China…and asked them to cease such activities”.

This anti-New Silk Road rhetoric would not have been possible without behind-the-scenes encouragement from the US, which is clearly backing it as part of its global Hybrid War campaign to sabotage China’s Silk Road strategy.

China will not stop construction of this mega-project because of Indian complaints, no matter how strongly the US backs them.  India knows this.

It is therefore likely that the escalation of rhetoric around this project was initiated as part of a pre-planned information campaign to justify tightening the anti-Chinese US-Indian Strategic Partnership with the claim that India “has no choice” because “China just won’t listen”.

An important component of the larger US-Indian Strategic Partnership is the enhanced naval cooperation between the two countries, which – like every other part of their new alliance – is predicated on “containing China”.

Aside from the important aircraft carrier cooperation and other military-technical aspects that were discussed earlier, the two sides are reported to have discussed joint anti-submarine warfare strategies.

In addition India is expected to take part in US-led multilateral exercises in June, which will be held provocatively in the Philippine Sea.  Although not directly adjacent to the South China Sea, this location is adjacent to the East China Sea where Beijing and Tokyo are locked in a bitter dispute over contested island territories.

India’s participation in anti-submarine warfare exercises so close to a potential conflict zone in tandem with the US, Japan, and other anti-Chinese navies is a worrying sign that India is serious about confronting China both in the Indian Ocean Region and right on Beijing’s own East Asian doorstep.

Considering how important maritime trade routes are for the still-growing Chinese economy and its global One Belt One Road commercial network plans, the US-assisted rise of the Indian Navy as a trans-regional operating force between the Indian Ocean Region and the South China Sea/East China Sea could prove threatening to China in the coming years.

Not only is India doubling down on its strategic collaboration with the US, but it is also trying to “localise” its presence through multilateral cooperation with ASEAN’s maritime members under the ‘plausibly deniable’ aegis of promoting “freedom of navigation”.

India’s latest participation in ASEAN naval drills combined with its growing anti-Chinese strategic partnership with the US can be seen as signalling its intent to institutionalise its presence in the South China Sea.

Whilst China and Russia are also taking part in these exercises, Moscow obviously is not seeking to “contain” China, whilst Beijing’s role should be seen in the larger framework of its normal relations with countries which are its maritime neighbours.

By contrast India’s participation in naval exercises alongside Japan, the US, and Australia imply involvement in aprospective anti-Chinese naval alliance that will eventually involve Vietnam and the Philippines. 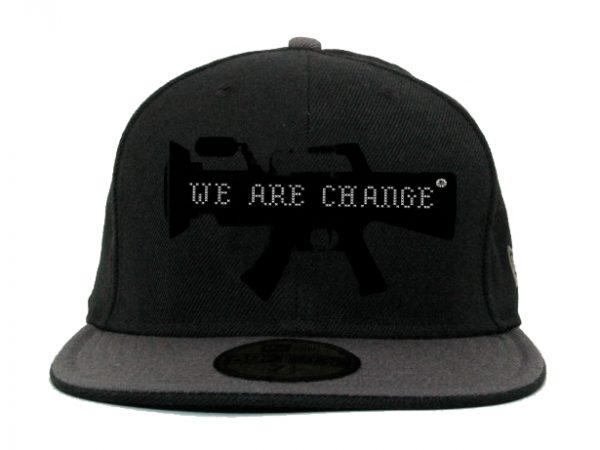