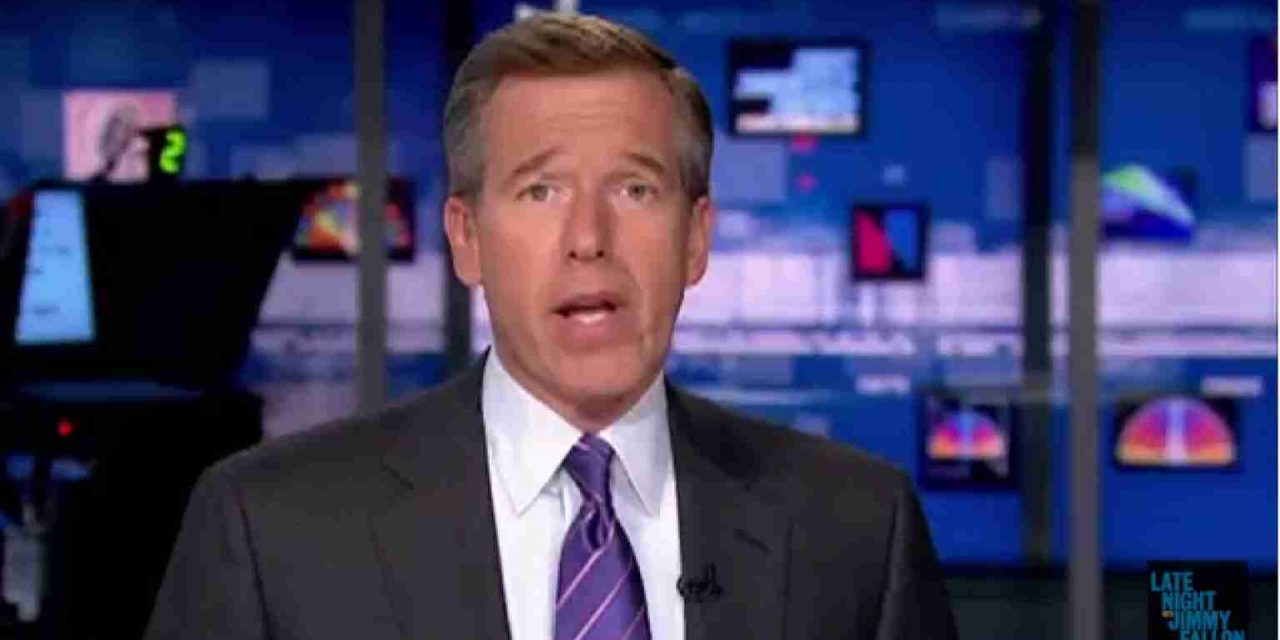 Brian Williams Is A Piece Of Shit He Called The Strikes "Beautiful" Hey Asshat There's Nothing Beautiful About War..pic.twitter.com/jEdCj7D9vi

In a moment that might be the end of Williams sordid, sorry career, he praised the video released by the Pentagon showing a U.S. destroyer launching a missile into the night sky.

“Going to greater detail, we see these beautiful pictures at night from the decks of these two U.S. Navy vessels in the eastern Mediterranean I am tempted to quote the great Leonard Cohen.”

Adding, “And they are beautiful pictures of fearsome armaments making what is for them a brief flight over this airfield what do you think they hit?” Williams asked.

The lyrics ironically are:

“They sentenced me to twenty years of boredom
For trying to change the system from within
I’m coming now, I’m coming to reward them
First we take Manhattan, then we take Berlin

The internet responded in outrage with many condemning Williams praise for the strike in response to the Syrian government’s alleged involvement in a chemical attack on its own people. Others mocked the former NBC news anchor one person called him an “asshat” (oh wait that was me.)

There is nothing "beautiful" about war. Hell only exists because humans keep creating it.

BRIAN WILLIAMS: I need a war

WILLIAMS: Mm those missiles on the ship look beautiful… I was just there

Williams was previously involved in a scandal in which he lied to the American people on air that he was in a helicopter in Iraq that was shot by an RPG and AK47. Williams was called out by a soldier Lance Reynolds on Facebook who was aboard that aircraft who denied his presence at the scene. Williams then apologized stating he made a mistake that he was in the following aircraft after pushing his story as war propaganda he was later fired from NBC and hired at MSNBC.

You would think that someone who had a rocket shot at him would know the horrors of war but apparently, Williams thinks that missiles in the sky about to kill people and cause destruction are a “beautiful” thing, maybe he should volunteer to go cover it up close and personal in Syria as a foreign war correspondent?