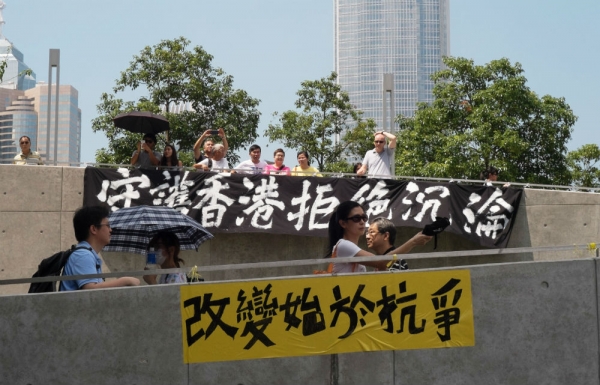 Images like these are being blocked from being seen within China.
CHET WONG

THE DEMOCRACY-BUSTING CHINESE government in Beijing appears to have taken another step in stifling the sharing of information.

Numerous reports, including this one from Reuters, state that Facebook’s photo-sharing service known as Instagram is no longer available in China.

It comes in the wake of a police crackdown on democracy protests in Hong Kong that sent more than two dozen people to hospital.

The hashtag #OccupyCentral has been used to disseminate many photos of police repression over Twitter.