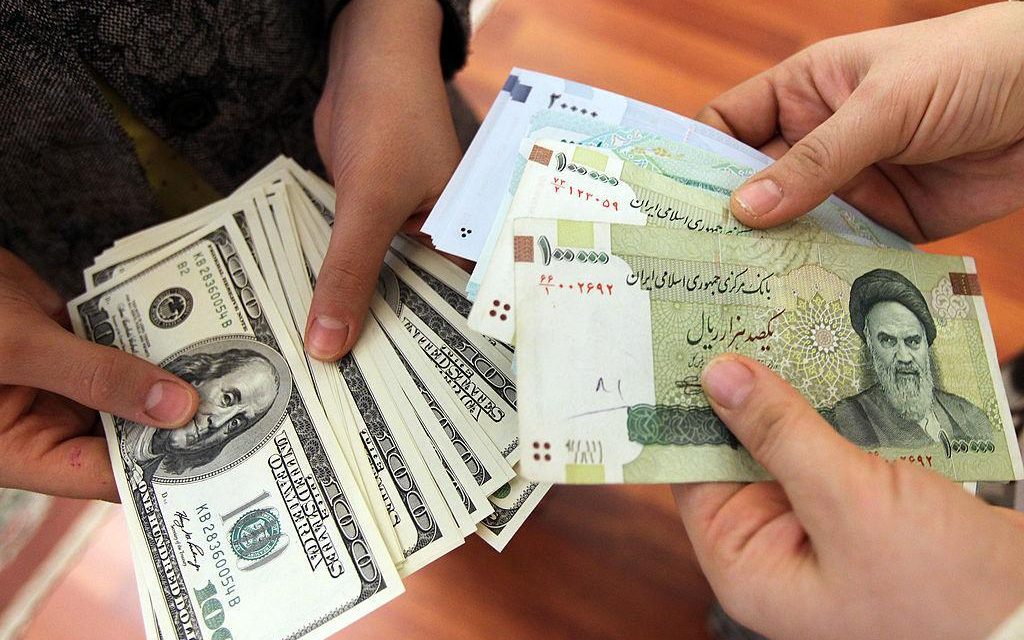 Following President Donald Trump’s ban on travelers from seven predominantly Muslim countries, the Iranian government announced it would stop using the U.S. dollar “as its currency of choice in its financial and foreign exchange reports,” the local Financial Tribune reported.

Iran governor Valiollah Seif’s central bank announced the decision in a television interview on January 29. The change will take effect on March 21, and it will impact all official financial and foreign exchange reports.

“Iran’s difficulties [in dealing] with the dollar,” Seif said, “were in place from the time of the primary sanctions and this trend is continuing,” but when it comes to other currencies, he added, “we face no limitations.”

In a piece published by Forbes, Dominic Dudley contends that this move is significant “in the light of the recent ‘Muslim ban‘” announced by Trump. Iran nationals were added to the order issued by the current U.S. administration, which prompted the Iranian government to vow to stop issuing visas to U.S. citizens.

Dudley notes that since 1975, “no Americans have been killed in terrorist attacks in the US by the citizens of the countries included in the ban,” while countries such as Saudi Arabia — “home of 15 of the 19 terrorists involved in the 9/11 attacks” — were left out of the list of prohibited countries.

Despite the country’s decision to halt the use of the U.S. dollar as its base currency for exchange with other nations, Iran’s top export is oil. In the global markets, oil is mainly purchased and sold in U.S. dollars. This fiscal year, Iran is expected to earn  $41 billion from oil sales, with countries like the United Arab Emirates (UAE) and China as their top clients. It’s still uncertain how the country will manage to switch currencies without relying on the American currency. The shift, Dudley notes, “will add a degree of currency risk and volatility and is likely to complicate matters for the authorities.”

This matters because predominantly Muslim countries left out of the “Muslim ban” include Saudi Arabia, one of the world’s top oil exporters.

In the 1970s, the Arab nation struck a deal with U.S. President Richard Nixon establishing an alliance that would maintain the dollar as the standard oil exchange currency in exchange for military support from America. The use of the dollar as a standard currency for oil exchange was accepted by Saudi Arabia and the remaining block of Organization of the Petroleum Exporting Countries (OPEC), which include Iran and 11 other Middle Eastern, African, and South American countries.

OPEC countries account for 42 percent of global oil production, holding 73 percent of the world’s oil reserves. Due to its influence, the use of the U.S. dollar as its standard currency helps to keep demand for the U.S. dollar high, giving the currency the support it requires to remain “the world’s reserve currency” and preventing the effects of inflation from hitting the U.S. consumer.

Iran’s decision to exit this deal might impact the U.S. economy and threaten the dollar, prompting the U.S. government to take stern measures to combat Iran’s actions. After all, Iran holds 13 percent of OPEC’s oil reserves.

This article (Iran Just Officially Ditched the Dollar in Major Blow to US: Here’s Why It Matters) is free and open source. You have permission to republish this article under a Creative Commons license with attribution to Alice Salles and theAntiMedia.org. Anti-Media Radio airs weeknights at 11 pm Eastern/8 pm Pacific. If you spot a typo, please email the error and name of the article to edits@theantimedia.org.