Islamic Republic of Iran Broadcasting (IRIB) says that explosives have hit an Iranian container ship in the Mediterranean.

The Jerusalem Post reports an Iranian state shipping firm says the containership was damaged in a “terrorist attack.”

Details are limited at the moment. But readers may recall Thursday evening, we released a report pointing to a serious escalation in the Middle East between Israel, Iran, and involving the United States—particularly after Israel’s recent claim of an Iranian-sponsored attack on an Israeli-owned cargo ship in the Gulf of Oman two weeks ago.

Editor in chief at Manoto tweeted:

Sources told me: Israel attacked an Iranian-owned cargo ship near Latakia port in Syria, hours ago on Thursday 11th March. The ship called “Shahr-E-Kord” is still in Mediterranean sea according to @MarineTraffic I.R attacked an Israeli cargo ship last week in Oman sea. 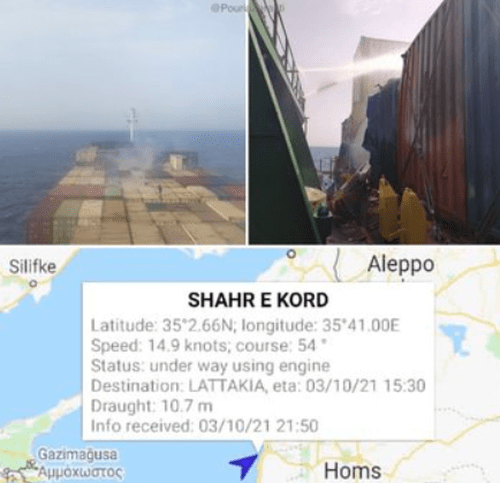 Alleged footage of the damaged containership.

Additional footage has been released of the fire aboard the SHAHR E KORD from yesterday's event. IRISL Group spox has stated " Shahre Kord cargo ship was attacked by an explosive object on Wednesday in intl waters of Mediterranean" – https://t.co/itfMyfDmWd pic.twitter.com/hiCx9jmZr4

Here is Shahr-E-Kord’s current positioning and track over the last 48-hours. 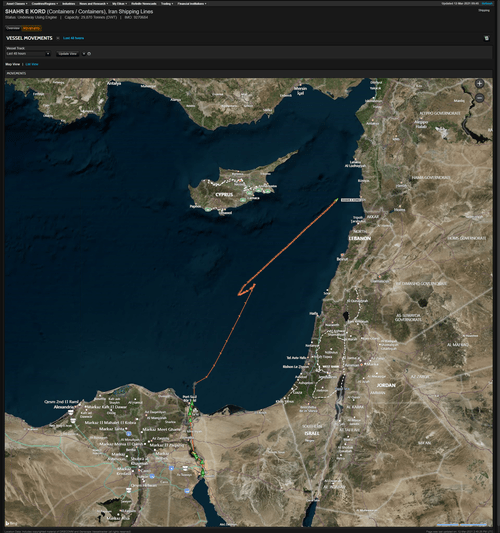 More images of the damaged containership.

*This story is developing…