“It’s Him or Me”: Neil Young Throws Tantrum Over Joe Rogan, Demands Spotify Remove His Songs

In an email to Warner Records, Young said Spotify “has a responsibility to mitigate the spread of misinformation on its platform,” adding “I want you to let Spotify know immediately TODAY that I want all my music off their platform.”

“They can have Rogan or Young. Not both,” the raging liberal wrote.

Young’s letter was a response to a December podcast in which Rogan interviewed Robert Malone, a controversial virologist who researched messenger RNA vaccines and is now sceptical of them. On the podcast, Malone told Rogan that US hospitals are financially incentivised to falsely report deaths as being caused by coronavirus. Rogan has also on his podcast encouraged “healthy” young people not to get a Covid-19 vaccine. –FT

Rogan notably inked a deal with Spotify in May of 2020 worth more than $100 million. Four months later, Spotify employees threatened to strike unless the company agreed to remove past Rogan podcast episodes with ‘controversial guests,’ and give employees direct editorial oversight over the Joe Rogan Experience podcast. This did not happen.

That would include the ability to directly edit or remove sections of upcoming interviews, or block the uploading of episodes deemed problematic.

The employees also demanded the ability to add trigger warnings, corrections, and references to fact-checked articles on topics discussed by Rogan in the course of his multi-hour discussions. –DigitalMusicNews

Hilariously, Spotify never brought it up with Rogan.

Neil Young is gonna regret this when his monthly Spotify checks for $1.37 stop rolling in https://t.co/nAyAJ8ayqv 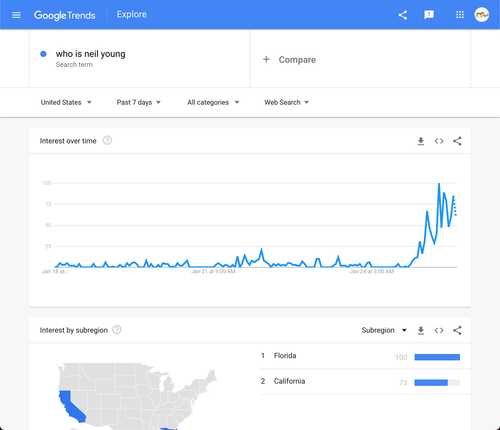