Many Americans are asking themselves: Is double making offering more protection against COVID-19 than a single mask?

To answer that question, we ask readers: Does anyone wear two condoms?

The answer is probably no. But members of the Biden administration and at least one state governor are touting the extra benefits of double masking.

Last month, Dr. Anthony Fauci, the chief medical advisor to the president and the director of the National Institute of Allergy and Infectious Diseases, initially said, “there’s no data that indicates that that is going to make a difference.” He then flip-flopped, saying that the CDC is investigating “whether two masks may be better than one” and added that “it makes common sense”… and added that the reason they have not recommended it until now is that “they are a science-based organization.”

Fauci then added, unscientifically, “if one mask serves as a physical barrier, it makes common sense, and certainly can’t hurt and might help to wear two masks.”

“We will be doubling down on mask-wearing,” said Newsom on Thursday, “not arguing to follow the example of Texas and other states that I think are making a terrible mistake.”

According to Reuters, science doesn’t bode well for the folks pushing double masks.

A Japanese supercomputer simulation showed this week that wearing two layers of masks provided minimal benefit in blocking the virus.

“Researchers used the Fugaku supercomputer to model the flow of virus particles from people wearing different types and combinations of mask,” according to Reuters. 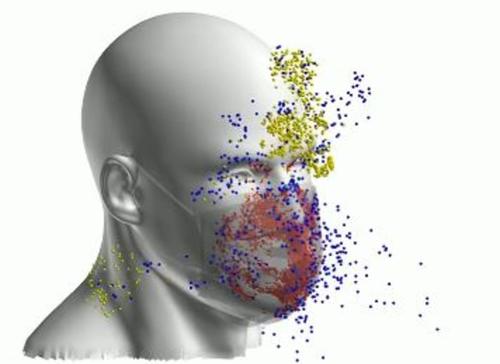 They found a single surgical-type mask had 85% effectiveness in blocking particles if worn correctly, and a polyurethane mask was around 89%.

“The performance of double masking simply does not add up,” wrote lead researcher Makoto Tsubokura. 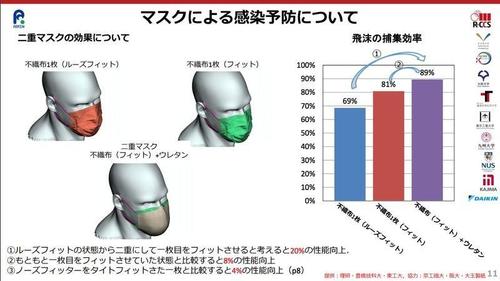 “Wearing two masks does not make them twice as effective but only slightly more so,” Tsubokura added cited by the Asahi Shimbun newspaper.

“Wearing one nonwoven mask is enough, and make sure it is put on properly without leaving a gap between the fabric and the nose.”

As JapanToday notes, the findings in part contradict recent recommendations from the U.S. Centers of Disease Control and Prevention (CDC) that two masks were better than one at reducing a person’s exposure to the coronavirus.

So if two masks don’t work, proven by a Japanese supercomputer, then what is the underlying agenda by US government officials who parade themselves around media outlets touting double making is “common sense”?