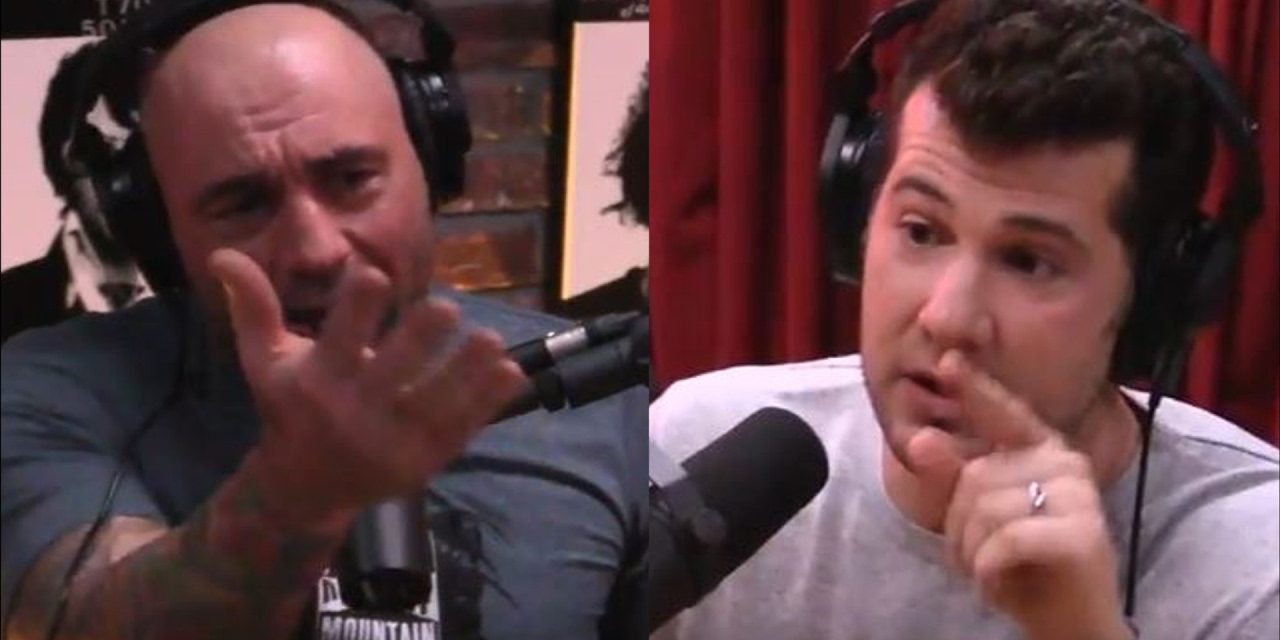 UFC commentator-turned-comedian Joe Rogan got into a heated debate about marijuana legalization with Steven Crowder on Wednesday.

Crowder, a conservative and political commentator with his own news website and podcast Louder With Crowder, strongly disagreed with Rogan about legalizing marijuana.

Crowder began to get upset when Rogan and his co-host began pulling up information suggesting Crowder may be wrong. Crowder then became defensive saying the two were ganging up on him, and it was unfair that Rogan had someone to help him pull up information to help him with his arguments.

Rogan argued that scientific studies proved that there have been benefits for marijuana legalization and Crowder countered that marijuana has caused more automobile accidents.

Rogan’s co-host then brought up an article by the Washington Post titled “Since Marijuana Legalization Highway Fatalities Are At Historic Lows” which disproved Crowder’s claim.

Crowder then argued that Rogan and his co-host were bringing up information in favor of their argument and told him to “bring up the study that they wrote about.”

That’s when the heated exchange started: “I don’t care about your website you f*ck,” Rogan repeated the headline “Since Marijuana Legalization Highway Fatalities Are At Historic Lows.”

Crowder responded, “Ok since you called me a f*ck and a pussy and since you do this with the crazy lady at the comedy club you think that if you scream enough, my point is I don’t care about it.”

Things got worse when Joe Rogan called Crowder’s position an “Ideologue” when Crowder said to “leave it to the states to decide legalization.”

“Yeah you are locked in man and you’ve already been proved full of shit about Colorado and traffic deaths should we go and f*ck you up with this too?”

Rogan’s co-host then brought up the article on Crowder’s site, which they proceeded to shred to pieces; each claim was made and they pulled up all the bias studies that were used including a AAA study that has been largely skewed which CBS themselves have been caught lying about.

Crowder then asked Rogan why he believed a counter study “Unpacking Pot’s Impact in Colorado” by factcheck.org and not the AAA study?

Crowder claimed Rogan was a “bully” after he called him names like – honey, sweetie, and all types of expletives including “f–k face” and a son of b—ch during their argument.

Several Youtube users responded in the comment section seeming to agree that Rogan was out of line.

One Youtube user, World B. Gilbert Gottfried responded, “So much for marijuana helping you relax and be cool.”

Another user BV expressed that he “Usually love Joe Rogan and I agree with him on the issue but he was way out of line in this video. Entirely biased and unwilling to actually listen. This was not a debate, this was Joe talking over steven and using his show to project his bias.”

What do you think?  Did Rogan go too far or was he in the right to address Crowder’s claim? Let us know in the comments section below!