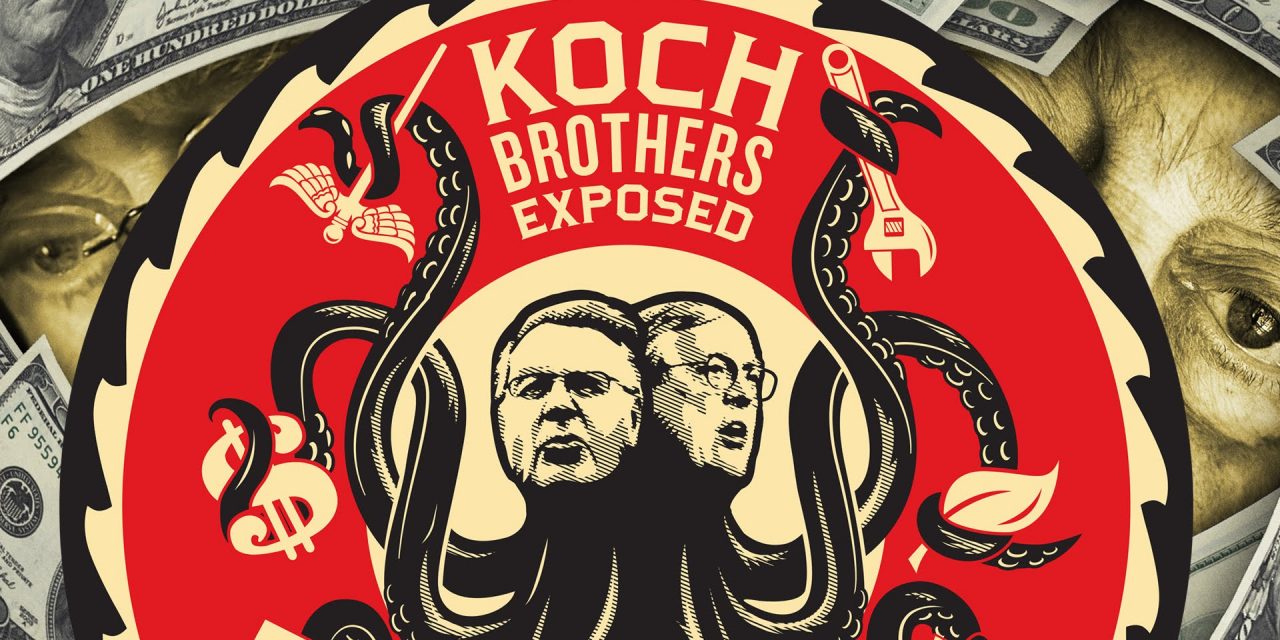 By David Armiak and Mary Bottari

The Koch network has mobilized in South Dakota to defeat the “South Dakota Accountability and Anti-Corruption Act,” a state-wide initiative on the ballot November 8.

The anti-corruption measure, Initiated Measure 22 or IM-22, was launched by a bipartisan group called the South Dakotans for Integrity and put on the ballot with signatures from over 20,000 state residents.

IM-22 cracks down on dark money and phony industry front groups by barring candidate coordination with outside groups and regulating independent expenditures. It cracks down on sham “issue ads,” which are really the functional equivalent of express advocacy, by requiring them to be reported electronically within 48 hours, requiring donor disclosure and requiring the top five donors to be disclosed on air. The initiative also provides a small dollar public financing mechanism, sets rules for lobbyists and gifts and creates an ethics commission to investigate violations of ethics and campaign finance rules.

The measure is one of four on ballot nationwide that seek to increase transparency in the financing of elections in a post-Citizens United world. In 2010, the U.S. Supreme Court ruled in Citizens United v. FEC to strike down limits on “independent” political spending, which opened the floodgates for billions in dark money into elections nationwide.

If passed, South Dakota voters may finally have some way of knowing who is bankrolling those big money ads and before the election too.

The Kochs are bankrolling the group working to defeat the initiative.

According to its statement of organization filing, Defeat22.com was founded by Ben Lee, the state director for the Koch’s astroturf group Americans for Prosperity, on July 1, 2016. The group promotes itself as a coalition, listing its 18 “partners” on its website including AFP, the South Dakota Chamber of Commerce & Industry, and the different GOP organizations, among others. But, a campaign disclosure filed on Friday with the South Dakota Secretary of State tells another story.

The opposition to IM-22 is led and organized by AFP. Chad Krier, AFP’s South Dakota Field Director, who has organized many of the campaign events to answer questions and solicit volunteers. AFP also appears to have tapped into its staff network to not only phone bank, but also go door to door to urge voters to Vote No on IM-22. Defeat22.com has send out mailings, placed radio ads, and put up billboards.

The Kochs are battling the measure because “the Kochs see IM-22 as a threat to the dominance the millionaires and billionaires have under the [current] political system,” says former Republican State Senator and co-chair of South Dakotans for Integrity Don Frankenfeld. The Kochs have been battling weaker donor disclosure laws in California in court for years.

And Koch allies in other states are lending a hand.

A right-wing Floridan think tank has been helping out the Defeat IM-22 forces. The Foundation for Government Accountability (FGA) has set up an “educational” website, Measure22.org, where it published poll results from 478 South Dakotans that demonstrates opposition to the measure in the state. The website operates under the name FGA Action, Inc., a 501(c)(04) that shares an address with FGA and lists its contact as Jonathan Bechtle, the COO and General Counsel at FGA.

The site also hosts two videos which are unsupportive of the measure, one produced by FGA Action, Inc. and another by UnitedforPrivacy.com. UnitedforPrivacy.com is the website for People United for Privacy, an SPN backed group that states, “To change our laws to subject people to the chilling effects of having their privacy invaded and their personal information compiled in government databases and Google searches is not they way our democracy should operate.”

FGA is a member of the State Policy Network (SPN), a right-wing web of “think tanks” in 48 states, which has been working hard to convince the public that the “free speech” rights of millionaires and billionaires are harmed by campaign finance disclosure laws. Both SPN and FGA are largely funded by the Donors Capital and Donors Trust investment vehicles utilized by the Koch network.

The amount of money spent by FGA Action, Inc. and People United for Privacy against IM-22 is unknown because both groups have yet to file disclosures.

The Kochs are attacking the anti-corruption measure for its creation of a small dollar publicly funded campaign finance system, which will give each registered voter two $50 vouchers that she can contribute to the candidate of her choosing if the candidate agrees to only fundraise from small donor South Dakotans. AFP argues in its Defeat22.com radio ad and mailings that this system will “divert” public tax dollars from roads and schools–an interesting line of attack from the anti-government Kochs which have opposed taxes for roads in states like Wisconsin.

In state, the Kochs protest “taxpayer funded elections.” “Don’t let politicians take your tax dollars to fund their campaigns” is the Koch spin. Their preference is to put millionaires and billionaires in charge of campaigns and elections.

Nationally, Ben Lee is taking a different approach. In a recent opinion piece in Forbes, Lee trots out the Koch line that the ballot measure is a “full-on assault on the First Amendment cloaked in the guise of transparency.” The Kochs might believe that their right to bankroll politicians secretly is written into the constitution, but super majorities of average citizens–both Democrats and Republican—disagree and the popularity of campaign finance transparency and limits continues to rise.

The widespread support for IM-22 is best demonstrated by South Dakotans for Integrity’s financial disclosure submitted on Friday with attachments that list over 6,000 donations for a total of over $1.2 million. More than 99% of contributions were for $100 or less. The good government advocacy organization Represent Us provided $55,079 in in-kind contributions to South Dakotans for Integrity.

If IM-22 passes on November, it will put the brakes on secret political spending by AFP, the Kochs, and others pulling the strings in South Dakota. But, more significantly, if the law succeeds in setting up a campaign finance system that is more responsive to all citizens, not just the wealthy, it could become a model for other states to follow.

And this is precisely what the Kochs fear.

Two other two ballot measures promoting transparency and clean elections are Proposition 59 in California and Amendment 2 in Missouri.