The editor of The Lancet – one of the world’s most prestigious medical journals – has admitted that he knew about a controversial researcher’s conflicts of interest when he published a letter denouncing the Covid lab leak theory, and called anyone who questioned it a conspiracy theorist.

“It took us over a year to persuade him to declare his full competing interest, which we eventually did in June of this year,” admitted Lancet editor, Dr. Richard Horton during testimony in front of UK Parliament’s Science and Technology Select Committee, referring to NIH-funded Peter Daszak of Ecohealth Alliance.

It took The Lancet 16 months to publish and official conflict of interest statement acknowledging Daszak’s ties to the Wuhan Institute of Technology.

“100%, I completely agree, the information that we published in June as an addendum should definitely have been included in the February letter,” he told the MPs. “In this particular case, regrettably, the authors claim that they have no competing interests, and of course… there were indeed competing interests that were significant, particularly in relation to Peter Daszak.”

“100%, I completely agree, the information that we published in June as an addendum should definitely have been included in the February letter,” he told the MPs. “In this particular case, regrettably, the authors claim that they have no competing interests, and of course… there were indeed competing interests that were significant, particularly in relation to Peter Daszak.”

Conservative MP Aaron Bell told Horton that he’d done “too little, too late,” and asked whether the original Lancet letter had “served to close down scientific debate,” according to the Daily Mail. 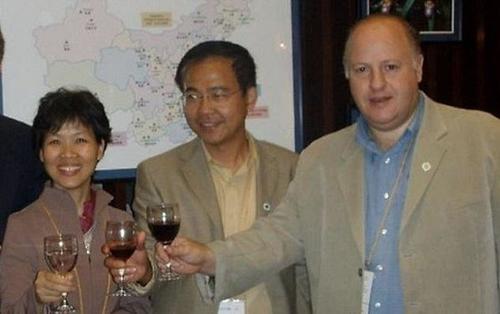 Daszak, who had been genetically manipulating bat coronaviruses in a Wuhan lab to make them more transmissible to humans, organized the ‘natural origins’ letter in February 2020 which was signed by 26 other leading researchers who condemned ‘conspiracy theories’ regarding the origins of Covid-19.

Was The Lancet itself conflicted?

The Lancet established an office in Beijing, in addition to its New York office and London headquarters, in 2010.

In 2015, Dr Horton travelled to Beijing to receive the Friendship Award from China – the highest honour awarded to ‘foreign experts who have made outstanding contributions to the country’s economic and social progress‘.

He claimed China faced a ‘blame game’ over the origins of the pandemic, despite admitting that it had denied the World Health Organisation access to crucial information needed for an investigation into the cause of the outbreak.

Leaked emails earlier this year revealed it was Dr Daszak who drafted the Lancet letter dismissing non-natural causes of the pandemic, such as a lab leak, as conspiracy theories. –Daily Mail

Daszak, meanwhile, has been accused of a ‘bullying’ campaign behind the scenes to ensure that blame for Covid was directed away from his partners at the Chinese lab.

“The Lancet letter was scientific propaganda and a form of thuggery and intimidation,” said Jamie Metzl, who sits on the World Health Organization’s advisory committee on human genome editing and is a former Bill Clinton administration staffer.

During the session, Harvard scientist Dr. Alina Chan said the Wuhan lab leak is now the most likely origin of the Covid-19 pandemic because China tried to cover it up, and because experts still haven’t found a natural reservoir despite extensive searching. She also highlighted several coincidences in the Covid timeline, adding that China’s state-sponsored information suppression campaign in the early stages of the pandemic added to suspicion.

“I think the lab origin is more likely than not,” said Chan, adding: “Right now it’s not safe for people who know about the origin of the pandemic to come forward.”

“But we live in an era where there is so much information being stored that it will eventually come out. We have heard from many top virologists that a genetically engineered origin is reasonable and that includes virologists who made modifications to the first Sars virus.”

Yet, despite all evidence that Daszak has not been acting in good faith, the National Pulse notes that he’s been appointed by New York state to aid in its pandemic response.