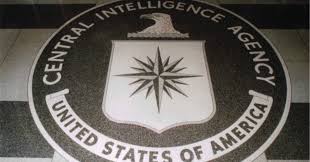 Udo Ulfkotte, a former editor of Frankfurter Allgemeine Zeitung (which is one of Germany’s largest newspapers), has decided to go public about the corruption of himself and the rest of the Western ‘news’ media, because he finds that this corruption is bringing Europe too close to a nuclear war against Russia, which he concludes the U.S. aristocracy that controls the CIA wants to bring about, or else to bring closer to the brink.

I’ve been a journalist for about 25 years, and I’ve been educated to lie, to betray, and not to tell the truth to the public. … The German and American media tries to bring war to the people in Europe, to bring war to Russia. This is a point of no return, and I am going to stand up and say … it is not right what I have done in the past, to manipulate people, to make propaganda against Russia, and it is not right what my colleagues do, and have done in the past, because they are bribed to betray the people not only in Germany, all over Europe. … I am very fearful of a new war in Europe, and I don’t like to have this situation again, because war is never coming from itself, there is always people who push for war, and this is not only politicians, it is journalists too. … We have betrayed our readers, just to push for war. … I don’t want this anymore, I’m fed up with this propaganda. We live in a banana republic, and not in a democratic country where we have press freedom. …

The German media, especially, my colleagues …, day by day, write against the Russians, [these journalists] who are in transatlantic organizations, and who are supported by the United States to do so. …

I became ‘honorary citizen of the state of Oklahoma,’ … Why? Because I write pro-American. I was supported by the Central Intelligence Agency, the CIA. Why? Because I am pro-American. I am fed up with it; I don’t want to do it anymore; and so I have just written a book, not to earn money, no, it will cause a lot of trouble for me. [I wrote it instead] to give the people in this country, Germany, in Europe, and all over the world, just a glimpse of … what goes on behind the closed doors. …

[4:40 on the video] Most of the journalists you see in foreign countries … European or American journalists …, like me in the past, are so-called non-official cover. … Non-official cover means what? You do work for an intelligence agency, … but … when they [the public] find out that you are not only a journalist but a spy too, they [the CIA] will never say this was one of our guys. … So, I have helped them in several situations, and I feel ashamed for that. … I feel ashamed that I … was bribed by billionaires, I was bribed by the Americans, not to report exactly the truth. …

I was just imagining in my car while I was driving to this interview, I just try to work out in my brain what would have happened if I had written a pro-Russian article, in the Frankfurter Algemeine. Well, … we were all educated to write pro-European, pro-American, but please not pro-Russian. … But this is not what I understand for democracy, for press freedom, I am very sorry for that. …

[6:30] Germany is still a kind of a colony of the United States, you’ll see that in many points; like for example, the majority of Germany do not want to have nukes in our country, but we still have American nukes; so, we are still a kind of an American colony, and, being a colony, it is very easy to approach young journalists through (and what is very important here is) transatlantic organizations. All journalists from respected and big German newspapers, magazines, radio stations, TV stations, they are all members or guests of those big transatlantic organizations, and in these transatlantic organizations you are approached to be pro-American, and … they invite you for seeing the United States, they pay for that, they pay all your expenses and everything. So, you are bribed, you get more and more corrupt, because they make you good contacts.  … So, you make friends, you think they are your friends and cooperate with them. They ask you, ‘will you do me this favor,’ ‘will you do me that favor,’ so your brain is more and more brainwashed, through these guys. …

[9:17] Sometimes the intelligence agencies, they come to your office, and want you to write an article. … I just remember [for example] that the German foreign intelligence agency, the Bundesnachrichtendienst – it is just a sister organization of the Central Intelligence Agency, see it was founded by the American intelligence agency — … came to my office, and they wanted me to write an article about Libya and about Colonel Muammar Gaddafi. … They gave me all these secret informations, and they just wanted me to sign the article with my name. I did that. It was published in the Frankfurter Algemeine, … it was about how he secretly tried to build a poison gas factory, … it was a story that was printed worldwide days later, but I had no information on that [the CIA wrote it].

[11:25] A very good example [what happens] if you say no [to the CIA]: … So [regarding the particular employee who said no], what happened is that he lost his job.

[12:40] Six times my house was searched, … I have [had] three house attacks, [but] I have no children, so … it’s worse for the truth [for other journalists, whose family can be threatened, not only themselves].

Ulfkotte has become a turncoat. He had originally been a conservative Christian German, who opposed the increasing presence in Germany of Muslims. He then came to feel so guilty as a German having discovered as a journalist the role that a major German company played in helping Saddam Hussein to gas Kurds, but which his newspaper never published, so that Ulfkotte briefly converted to Islam. Perhaps he was dealing with the shame he felt about his not bucking his newspaper’s top management by simply ignoring them and going public about what he had found, his letting it remain hidden.

But then, he co-founded a Christian peace-movement against the Islamic extremism emerging in Germany. And now, he has come out with a book which argues that the U.S. is actually the biggest of all threats to peace. The book is available only in German, Gekaufte Journalisten, meaning “Purchased Journalists.”

Now that he has abandoned not just the anti-Islamic but the anti-Russian elements of traditional German culture, he no longer is welcomed among the conservative Germans who had helped him to build, and then, for decades, to advance, his successful long career as a ‘journalist,’ but which he now calls “propagandist.”

He is, perhaps, a German equivalent to America’s Kevin Phillips, the former Nixonian (inventor of “the Southern strategy”) who then became a critic of the very same aristocracy he had previously so well served while in office under Nixon.

Consequently, there is no sound reason to doubt what Ulfkotte says: his narrative instead fits into a much broader documented picture, of U.S. oligarchically-led global fascism from behind the scenes, which systematically deceives publics throughout the industrialized countries, and produces wars that America’s aristocrats want: made-to-order and profitable wars (such as see this).

There also is a recent flurry of other news articles on the current consequences of that decades-long history, such as this, and this, and this, and this. The first three of those current examples come from Germany, just as does Ulfkotte’s own testimony. Moreover, a German poll in November 2013 showed increasing public distrust there of America’s government. Since Germany is central to the Western Alliance — and especially to the American aristocracy’s control over the European Union, over the IMF, over the World Bank, and over NATO — such a turn away from the American Government threatens the dominance of America’s aristocrats (who control our Government). A breakup of America’s ‘Alliance’ might be in the offing, if Germans continue to turn away from being just America’s richest “banana republic.”

However, U.S. President Obama is attempting to ward off that possibility, by placing America’s international corporations directly in control, above and beyond any laws by democratically elected governments: international fascism that’s beyond any nation-state. Harry Reid (and his power via Democratic control of the U.S. Senate) has been the main stumbling-block against Obama’s getting that (Obama’s mega international-trade deals) passed into law. (Congressional Republicans are overwhelmingly supportive of this Obama-initiative.)

Thus, if Democrats lose the Senate in November’s elections, Obama’s plan to achieve ironclad control over the public, handing America’s aristocracy yet another increase in their power, will be well within his reach; he’ll probably call it “bipartisan,” even though the vast majority of Democrats don’t want it.