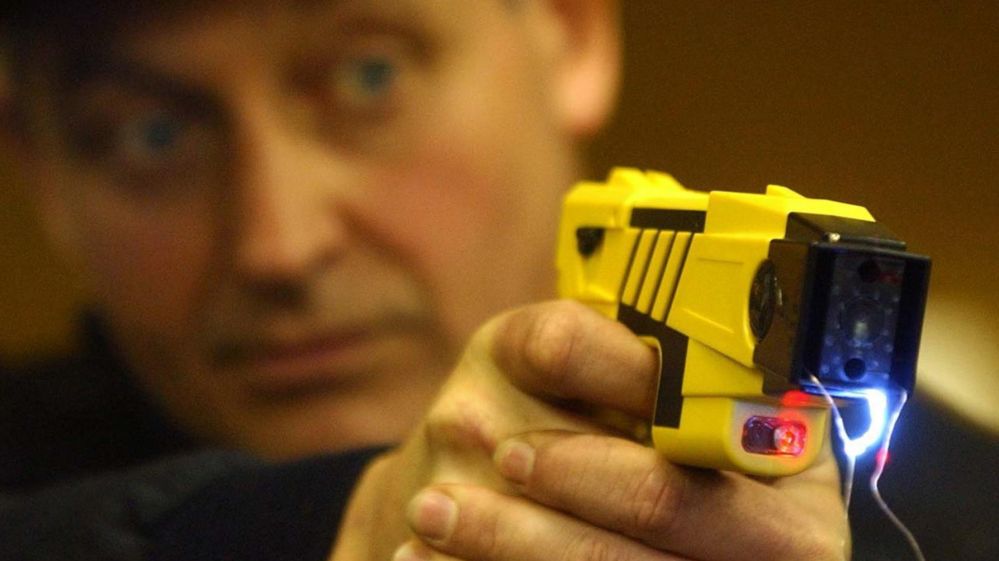 A 55-year-old unknown man was killed Thursday morning after police discharged a taser at him during a confrontation in Philadelphia.

The incident occurred in Northern Philadelphia, after the man reportedly “grabbed a female officer by her hair and her neck while she was in her patrol vehicle” Commissioner Ross said, according to  Philly.com.

“A witness had told police that around 4:50 a.m. she saw the man jumping on a car stopped on 10th Street near Poplar Street and repeatedly screaming, ‘Help me Jesus!’ Police later determined the car—a red Chevrolet pickup truck—was registered to the man,” Ross said.

Police then responded to the situation and the man immediately approached the patrol car and grabbed the female officer by the hair and the neck.

While the officers fought to get him off of her, one officer discharged a taser at the man to stop the assault.

The man then collapsed. The officers believe that the man was on the drug naloxone, an administered drug usually used for heroin addicts as an antidote.

It is unclear if the man took heroin or any opioids earlier, but it may explain the fact that he reportedly freaked out, jumped on a car, and screamed “Help me Jesus!”

Medics responded and treated the man at the scene. They took him immediately to the Hospital, “where he was declared dead at around 5:46 a.m.,” police said.

The man died presumably from the shock of the taser, although the official cause of death has not been determined.

Hospital staff later reported the Taser prongs did not penetrate the man’s skin, but that he still may have experienced a shock from the device. Police have yet to identify the man.

Tasers are classified as a non-lethal weapon. However, there have been plenty of deaths from these devices. Tasers work to cause immobility of a target by muscle contraction. As a result, when a person is hit by a taser, he/she does face a significant having a cardiac event.

Truth Not Tasers has compiled a list of Americans who died after they were tasered since 1984. The data shows that a staggering 970 people have died as of 2016, as a result of being tasered.

The American Heart Association has even admitted that tasers can cause death.

Dr. Douglas Zipes, of Indiana University’s Krannert Institute of Cardiology, found that a discharged high shock from a taser “can cause cardiac electric capture and provoke cardiac arrest.”

It is notable that this instance, although a tragedy, was warranted by the police.