You’re Being Manipulated To Share Information That Is NOT True!

In today’s video, I give you 3 recent examples of disinformation that could be leading you astray.

Was releasing footage of Steve Burke, the chairman of NBC, in a video with one of Epstein’s slave girls.

Pretty powerful video and story. And it already spurred a petition that got thousands of signatures.

Turns out the video was a deep fake. The images were traced back to an adult website and not CCTV footage from Epstein’s home.

Which means other news organizations are going to be even more doubtful when Epstein victims come forward or people with evidence come forward. And criticism of the NBC chairman will now be lumped in with fake news.

Which leaves us the question: who has reason to lie here?

I also reveal how Edward Snowden warned us that western intelligence agencies have programs to spread disinformation to disrupt, discredit and delegitimize criticism of powerful people.

Watch the whole video to get my full breakdown of this as well as a couple other recent examples of disninfo:

– Plus one more example…

Speaking of intelligence agencies, the surveillance state has gotten over the top.

They’re not just tracking us digitally.

And tell us to social distance.

So how do you fight back against the attack of the police robot dogs?

Get the brand new DON’T TRACK ME, BRO shirt

And wear it around town.

So you send the message to your personal government agent that the robot dogs need to get lost. 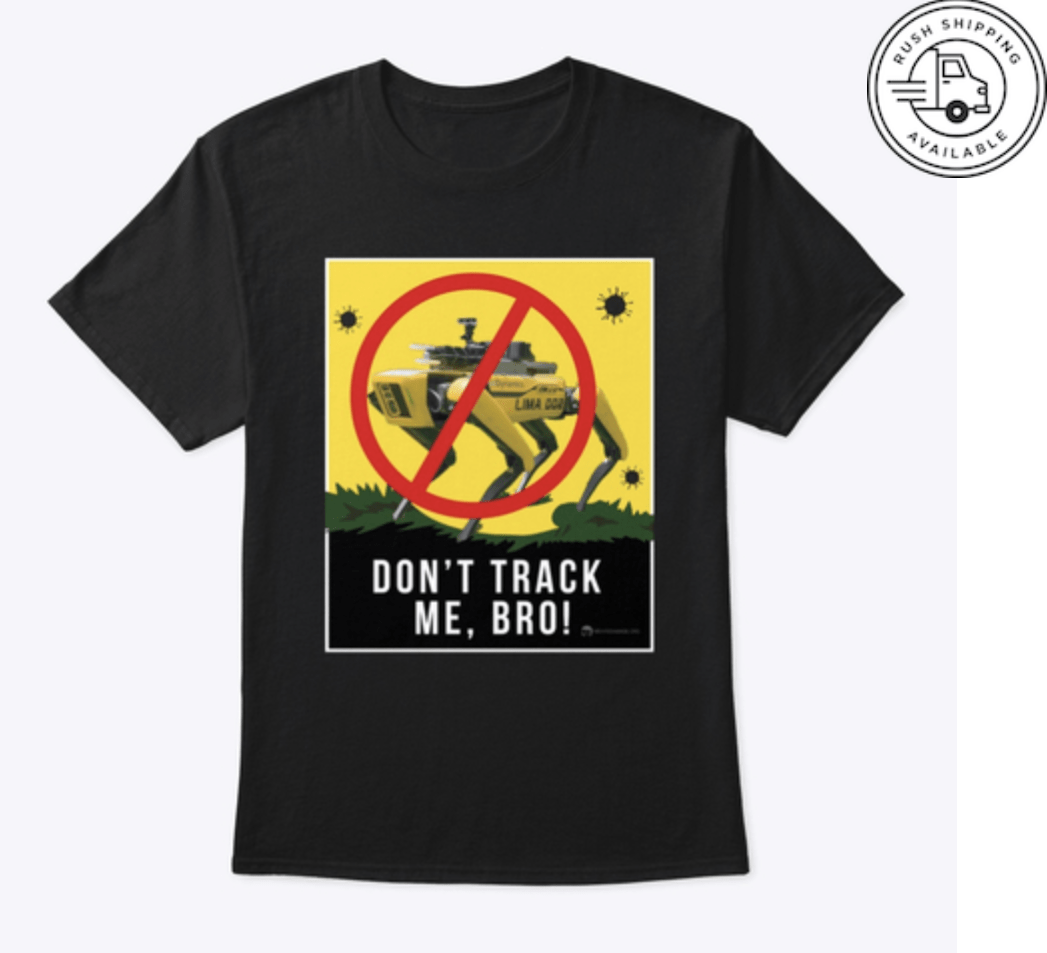