In Arnhem, Netherlands, McDonald’s has opened a prototype restaurant outfitted with social distancing in mind. The move is to test new safety measures for guests and employees that will limit the spread of the virus once lockdowns are relaxed, reported Reuters.

“We have tried to figure out how to keep our customers and employees safe, while maintaining a restaurant atmosphere,” McDonald’s Netherlands spokeswoman Eunice Koekkoek told Reuters.

“These are drastic changes, but we hope to make them in a way that customers don’t notice them too much,” said Koekkoek.

The restaurant’s layout still resembles a shop in the pre-corona world. However, there are noticeable differences in a post-virus world, such as social distancing lines before entering the establishment. Once in, each guest is required to spend 20 seconds at a handwashing station to maximize cleanliness. 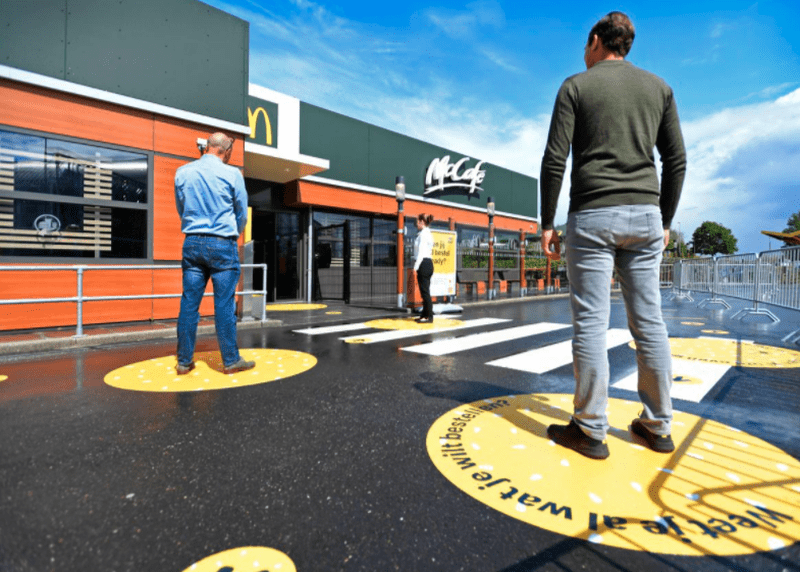 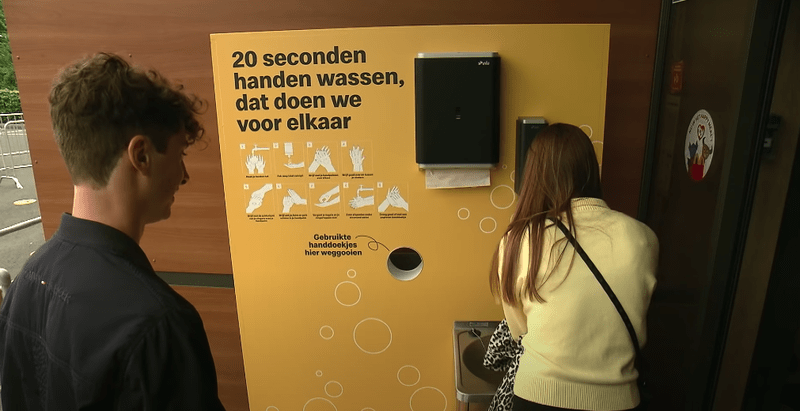 The prototype restaurant has removed cashiers, and all guests will order from interactive kiosk machines. Once the order is completed, guests will choose a seat with one-directional seating. An employee delivers their order on a cart, almost like a traditional restaurant. It begs the question, will people have to start tipping? 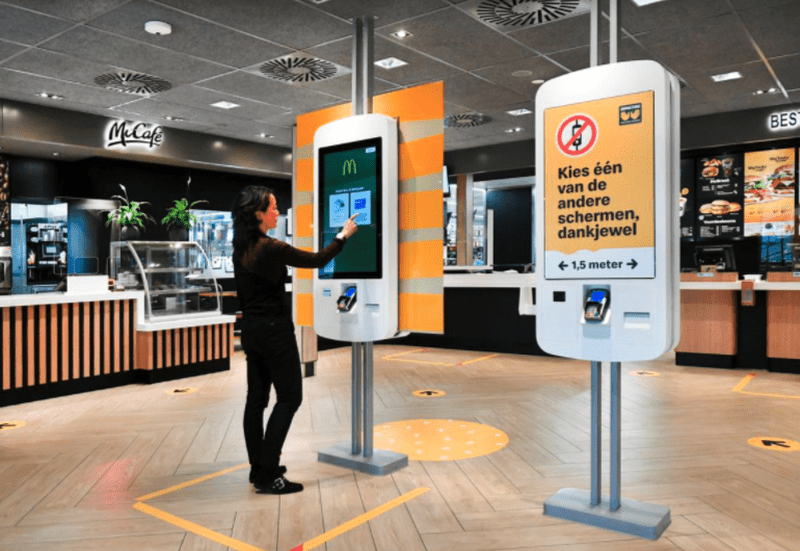 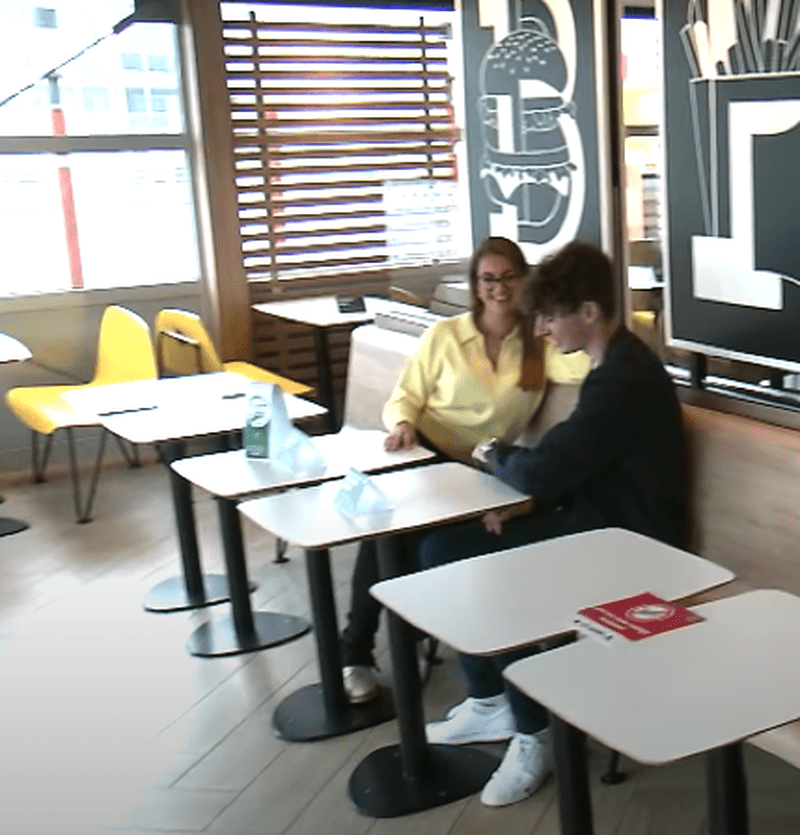 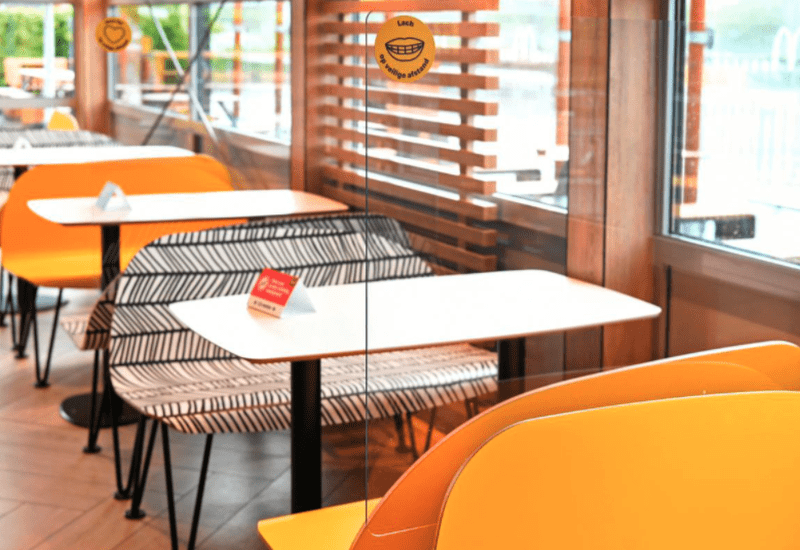 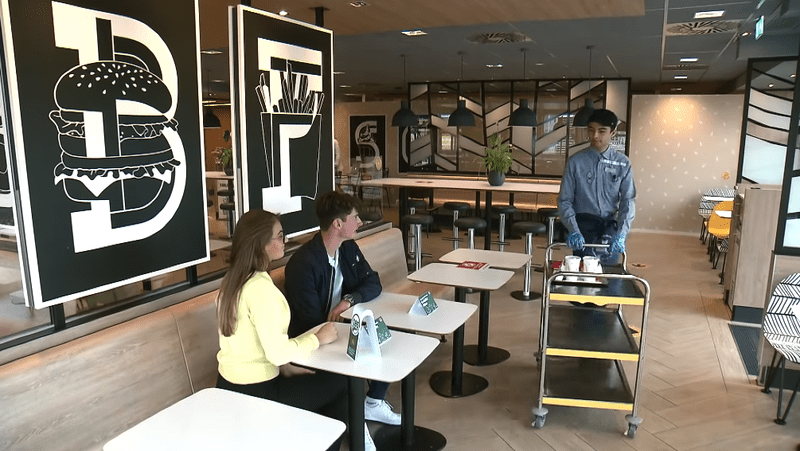 McDonald’s will never be the same. Full view of the restaurant in the post-corona world below.

Restaurants and bars have been closed in the country since March 15. The government is set to relax some restrictions on May 19.

McDonald’s expects the prototype restaurant could soon be rolled out across the country at 180 out of its 252 franchises.

Koekkoek does not expect to reopen until June. This will give the fast-food chain enough time to adjust restaurant layouts for social distancing.

As of last week, McDonald’s had around 75% of its 39,000 restaurants worldwide in operation, including most of its US shops.

If McDonald’s restructured the layout of its US restaurant for social distancing, there would be an uproar — but as the world is constantly evolving, it appears that could be next.