What Caused The Mysterious Radioactive Cloud In Europe? 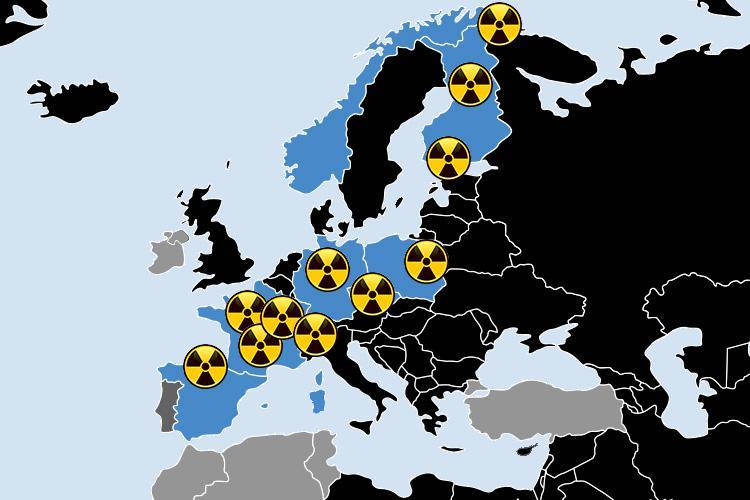 Article via The Daily Sheeple

There’s been a lot of speculation, but authorities still don’t know what the source is of a mysterious cloud of radioactive Iodine-131 that has swept across Europe in recent weeks.

It is believed the radioactivity came from Eastern Europe but not much else in known. The US Air Force sent out a WC-135 Constant Phoenix, also dubbed a “nuclear sniffer plane,” to collect radioactive debris cloud samples and try to find evidence of a nuclear explosion, as the mainstream media is floating the idea that Russia may have tested a nuclear warhead somewhere near the Arctic.

The Comprehensive Nuclear-Test-Ban Treaty Organisation (CTBTO) has ruled out the possibility that such a test took place.

So far, no explanation has been found for the radiation burst. 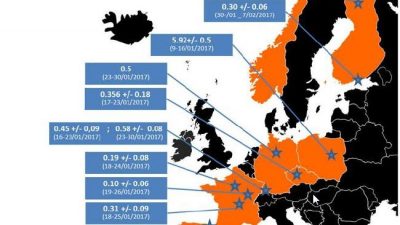 A map of the Iodine-131 radiation spikes recorded during January by the IRSN, the French Radioprotection and Nuclear Safety Institute.Source:Supplied

Authorities first detected the cloud in Norway mid-January, and it has since been detected in the ground-level atmosphere in Finland, Poland, Czech Republic, Germany, France and Spain.

Despite detecting the cloud a month ago, the public was not informed about it until recently.

While Iodine-131 has a short half-life, just eight days, it is typically found alongside other radioactive isotopes. Supposedly in this case, it wasn’t which authorities find bizarre.

Although Iodine-131 can contaminate food and water and cause all kinds of health issues including thyroid cancer, just like with everything else, authorities continue to stress that there are no health concerns with this plume…

Begging the question: If it’s just no big deal, why did they wait so long after they detected the radiation to alert the public?

This article first appeared on The Daily Sheeple and was authored by Piper McGowin.